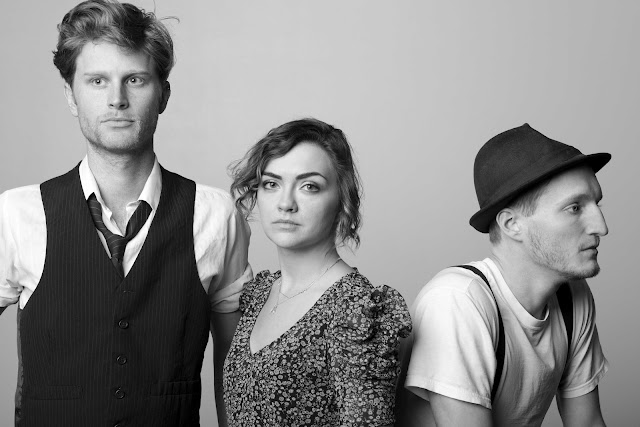 Every year it happens. And every year, I’m still surprised when it happens.

Music is a lot like love — the best songs come into your life when you’re not looking or seemingly don’t care. Or, they arrive at exactly the moment when you think you’ve heard it all.

The Lumineers is a trio from Denver, and their self-titled album is the best album I’ve heard in 2012. The songwriting is smart, the melodies are supreme, and there is passion in each note. Above all else, it is an album free of superficial tendencies or self-serving bullshit. It doesn’t try to be different, and yet, it is. But like most great albums, it requires some patience. So, please, give it that.

On Saturday, they’ll play to a sold-out Duck Room at Blueberry Hill. But for now, they want to take us back to the future with their 10 to Spin playlist. So, away we go.

“10 Songs That Can Make A Soccer-Mom-Minivan Feel Like You’re Riding In A Delorean.”

We’re about to head off on tour, our 1st EVER – DEBUT CD-Release International Tour (Canada!), and we have been traveling up to this point in a Silver Ford Windstar with the vanity plate  “LUMINRS”…although humorous, these plates may have also led to us getting robbed of most of our instruments in LA a few months back.  So the joke was on us.  haha (tear drop).

But, despite being cramped in a minivan with all our gear for most of the past year, there were songs that made us forget we were traveling in a beat up minivan, and tricked us into believing, momentarily, that we were riding in style… at 88mph with Michael J. Fox, the flux capacitor, and Einstein (the dog) all packed inside.

Ezra Furman and the Harpoons – Take Off Your Sunglasses

A friend of ours played this for us on our last tour, repeatedly, and it grew on me like a fungus.  A very very very attractive fungus. and now I’m hooked and can’t get enough – check out the Daytrotter – it’s Violent Femmes meets Bob Dylan.

This album is one of best produced albums for its simplicity and bare-bones arrangements. The songs are simply Bad-Ass, and unlike a lot of other bands, these songs are not apologizing for being stripped down – like a beautiful woman without makeup on.  Wow.

It’s hard not to feel good about yourself with this track blasting and an arm out the window rolling through a small town, like you know something everyone else in this one-horse town does not.

One of the most dynamic and well produced pop songs ever.  Blast it and enjoy the ride.

TV On the Radio – Staring at the Sun

This one feels like the a kettle boiling quietly at first and then boiling over. The tension builds and then the sweet release.

From the beginning of the song, the tone is set when Dan Auerbach says, “Yea ?”, seeing if the listener is ready for his swagger…the chorus riff is sick.

I used to mop floors in the morning, hungover, and one of the cooks would blast this whole album, but this was the one that always got me. I was an inspired mopper with this song on, and when I was through with the floors, you could see your reflection in ’em.

Gorillaz – Welcome to World of the Plastic Beach

Every time we would play this song on the road, Jer would recognize it by the first note of the synth horns, less than a half a second into the song. Snoop. Sick. Anything he says could sound cool, and does.

I heard Bob Dylan asked the Kings what this song was about at an awards show – the article deftly pointed out that Dylan had once been asked that same question, and his response was, “some of my songs are about 4 minutes, some 5, one of ’em is about 12 mins.”  The lyrics are incredible, and the guitar solo… such a payoff.

Put this song on and try not to feel good. Absurdly good.