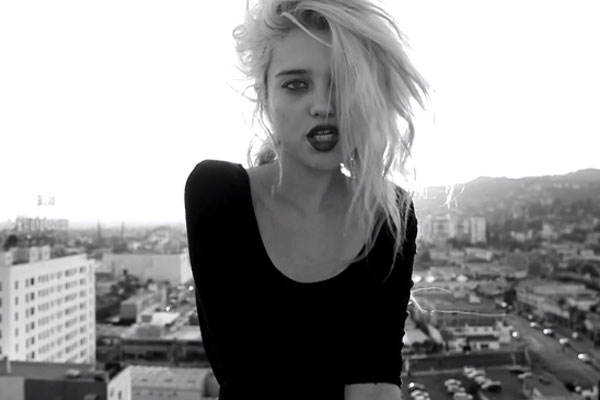 As a child of 34, I juuuuust barely remember when the genre now defined as “eighties music” was still fresh ‘n new, and playing nonstop on MTV’s actual music video stream. And then, for a few decades, that shit was passe. No one got near those sounds that Thomas Dolby, B.C. Rich and Floyd Rose made so famous, and now nostalgic.

Well I’m here to proclaim the death of the term “eighties music,” because pretty much every adjective we throw into that musical-bucket has now been back for more than a minute.  And our Jam of the Day, “Everything is Embarrasing,” seems to be the musical nail in its proverbial coffin. I’m not talking about simply the way it sounds here, which, if backed into a corner I would say picks up where Jody Watley left off. But the video immediately threw me back onto that orange and brown shag carpet that used to class up my parent’s wood-paneled lined living room. Sitting on the floor and watching White Lion’s “When the Children Cry“, Michael Jackson’s “In the Closet” (1991…but still), or Ms. Watley’s “Still a Thrill.“

“Everything Is Embarrassing” is included on Ferreira’s new EP Ghost, out October 16 via Capitol. I recommend you check it, and the its video, out below.