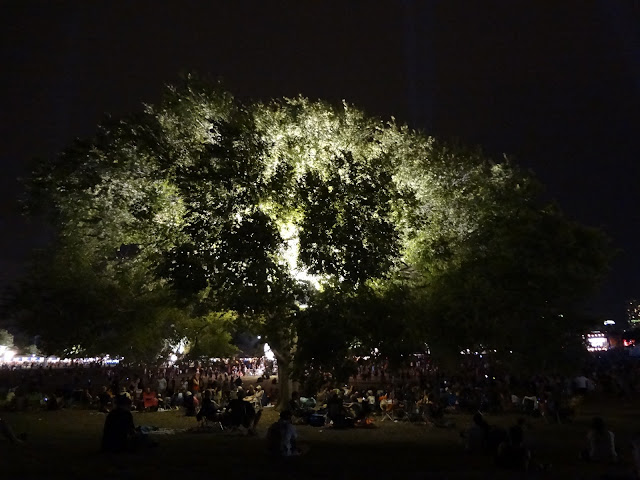 The tree you’re looking at is my favorite tree in Austin. It’s perhaps my favorite tree in the world. And yes, the Austin City Limits Music Festival is probably my favorite music festival in the world. And this year’s version has quite the lineup: Neil Young & Crazy Horse, Red Hot Chili Peppers, The Black Keys, Florence + The Machine, Jack White, The Civil Wars, Steve Earle, The Lumineers, Gary Clark Jr., Tegan and Sara, The Shins, Metric, Ben Howard, Alabama Shakes…and the list goes on.

This year’s festival is about a month later than usual, so while I’m expecting cooler temperatures across the board, the love throughout Zilker Park should lend plenty of warmth to all who get a little chilly at night.

Tomorrow, I leave at 7 AM with three other friends. Yup, we’re road trippin’ it, which is fine with me (I still have visions of almost missing my flight last year, when the flight receptionist person was slowly closing the gate as I was desperately sprinting through the airport).

To preview what is to come, I’ve chosen 20 songs by 2012 ACL artists for you to enjoy. See you in Austin!