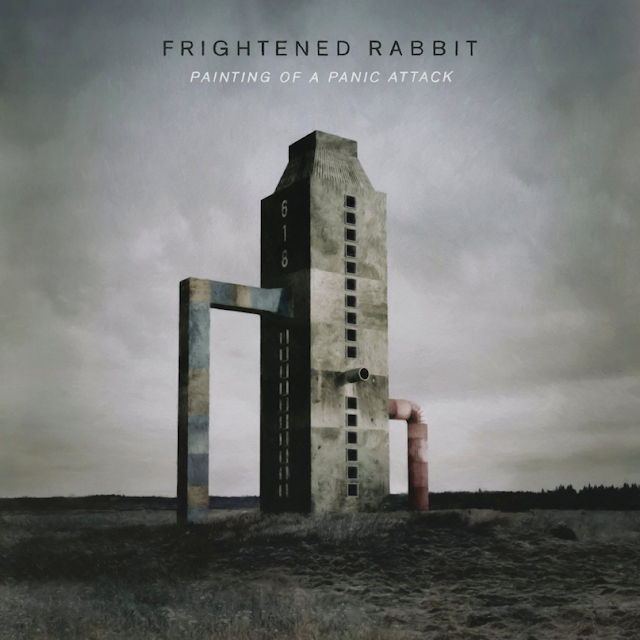 Hard to believe, but it’s been eight years since Frightened Rabbit released The Midnight Organ Fight, an album I religiously blasted for a good four or five months. I still know every word to songs like “The Modern Leper,” “Poke,” “Good Arms vs Bad Arms,” “Keep Yourself Warm,” and “My Backwards Walk.” They spoke to me because Scott Hutchison is the kind of songwriter who can eloquently say exactly what he wants, mixing in the truth for good measure. Like at the end of “Poke,” when he bravely proclaims, “I never hated you.”

Last Friday, the band from Scotland released their latest offering, Painting of a Panic Attack. I hesitated writing about it so soon because, for starters, I was still working my through the songs that didn’t immediately grab me on the first or second listen. Take “Break,” for example. It might be the album’s best song — a clean rocker with urgency and substance — both lyrically and musically. But I passed over it prematurely, for whatever reason — bad mood, fatigue. bad day? I can’t say. All I know is that I’m now bound to it.

Sure, Hutchison can get a little wordy — see “State Hospital” from 2013’s Pedestrain Verse (a brilliant song, mind you). His imagery can be a little uncomfortable — see “Death Dream” from Panic Attack, which opens the album. It’s an invitation, though, to not get comfortable — the opposite of what Apple Music would prefer. Feed ’em the hook early, if you will.

But this is more than an album full of hooks. “I Wish I Was Sober,” “An Otherwise Disappointing Life,” and “Still Want To Be Here” are as honest as anything Hutchison has ever written, and that’s what Panic Attack does well: it’s a rabbit in a staring contest that is still trying to win.