Meet me in the place of no goodbye
I’ll be there, you can’t miss me


It’s 2018, and Jess Wolfe and Holly Laessig of Lucius have been busy.

They’ve already played 12 shows in New Zealand and Australia with Pink Floyd legend Roger Waters, part of the Us + Them tour, which had already logged close to 70 shows in 2017. Those shows are solid three-hour journeys — I had the chance to attend two last year, and they were as phenomenal as the time I saw Pink Floyd, minus Waters, in Chicago in 1994. Wolfe and Laessig play a huge part. They are featured during “The Great Gig in the Sky,” that crazy vocal interlude on The Dark Side of the Moon. It’s something to witness — to feel — and I’m thankful I had the chance to experience it more than once.

I knew about Lucius’ latest release, Nudes, and its brief tour, which I was dying to see, only it wasn’t coming to St. Louis — you know the drill. So, I drove to Chicago.

There is sometimes a fine window of time to see artists at the top of their game, and this is one of those times for Wolfe and Laessig, who, with Dan Molad and Peter Lalish, make up Lucius. That, and given they’re still on a tour with Waters soon to hit Europe, these intimate, acoustic “Nudes” shows might not present themselves again for some time. Or maybe I’m just obsessed with living my life as if there are no guarantees (note: there aren’t). The fact that Lucius is playing shows on what might have been their spring break tells me they live life the same way.

They began with “Go Home,” possibly my favorite Lucius song, and probably the best way for them to spark an audience: It’s a serious, confident way for their voices spark a “quieter” show, and when Wolfe and Laessig belted out the first “I don’t neeeeeeed you anywayyyyy,” it was on. Our hearts were pressed, delivered to the artist for the next 90 minutes.

And we knew when to sing with them. During “Wildewoman” and “Don’t Just Sit There,” when it was encouraged, we sang even louder. During the quieter moments, like the beautiful “Two Of Us On The Run,” only the chorus was amplified by a couple thousand more-than-whispers.

These shows require a team effort to pull off. Last time I saw Neil Young perform a solo acoustic show, he had to re-start “After the Gold Rush” because of an audience member yelling a request at the beginning of the song. Everyone plays a part, and so before Lucius left with a final goodbye, a rendition of “A Dream Is a Wish Your Heart Makes,” there wasn’t much else to do but listen.

It was some kind of moment given to us in this mad, loud world.

It ended nude, in silence. 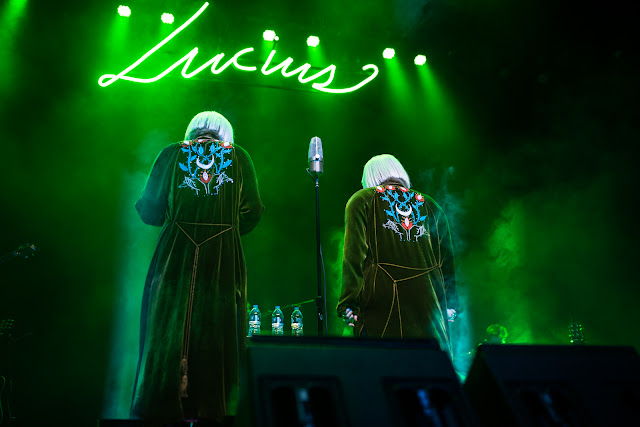 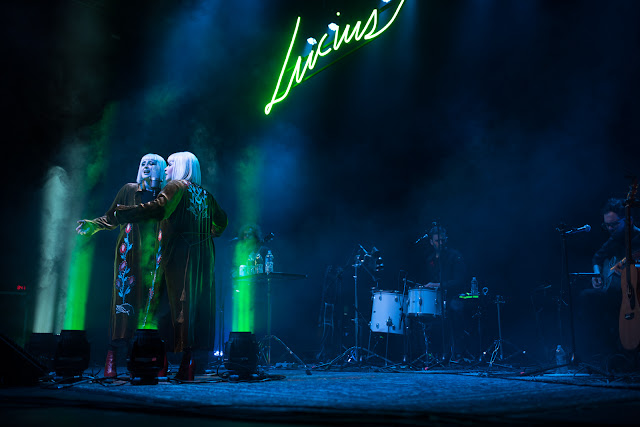 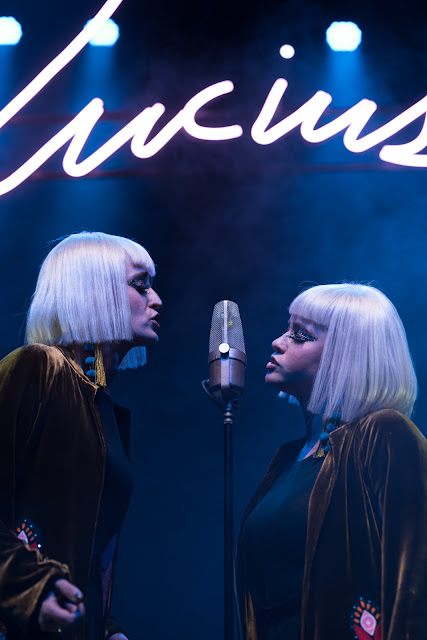 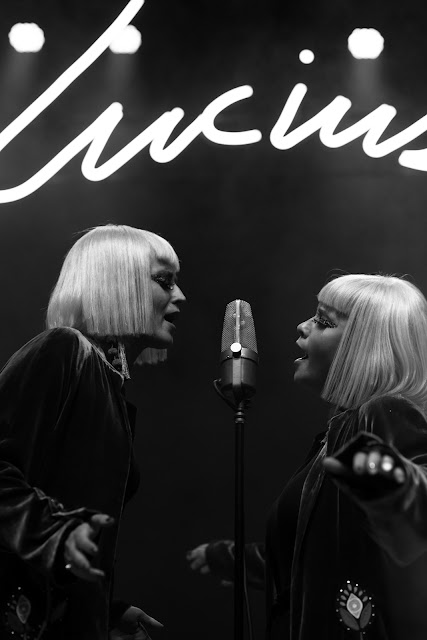 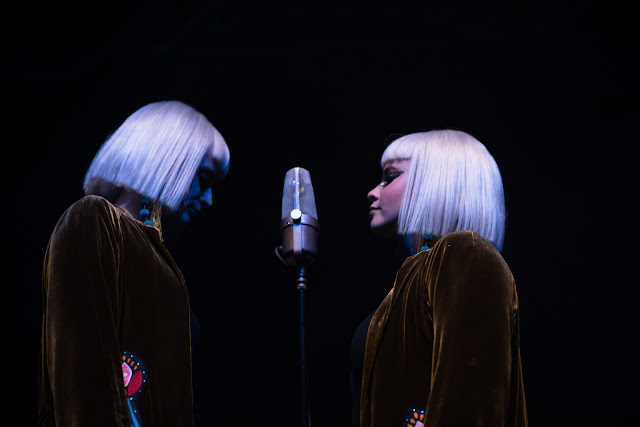