Three awesome, but weirdly paired bands hit Carrboro last week, bringing a smorgasbord of sounds and vibes to a sold-out Cat’s Cradle crowd. Baltimore’s Future Islands, a band that is no stranger to packed houses around its native North Carolina, had opening honors, starting things off with their trademarked energy that is equally creepy as it is peppy. Jersey’s Titus Andronicus was up next, banging out their indie masterpiece, The Monitor, to an ever building crowd.

But the night belonged to Austin’s Okkervil River, who played heavily from their new album, I Am Very Far, but also dug deep for some old tunes that appeased those in the audience who have been behind the band from the beginning.

Check out the lovey photos by our friend Aggie Donkar from Brand New Kind of Photography below!

View Titus Andronicus and Future Islands photos after the jump! 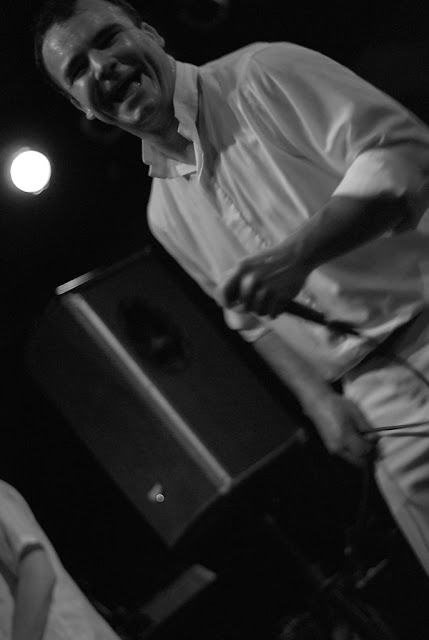