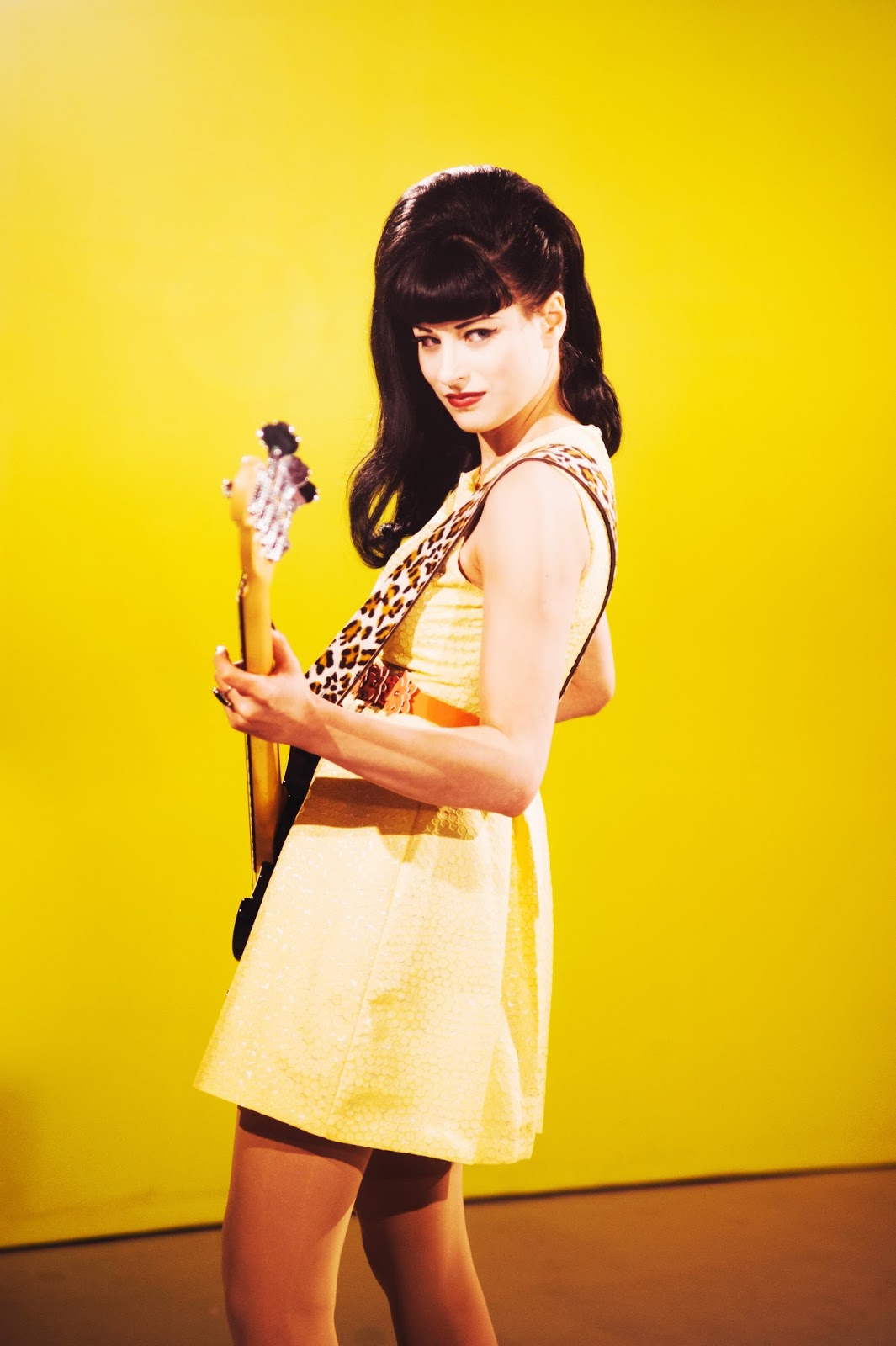 You’ve all heard the story, and it goes something like this: aspiring musician creates demo tape/CD/jump drive/etc, hands that piece of technology to an artist or artist’s manager, waits by phone.

Except, the phone never rings.

Unless you’re Olivia Jean, who beat all the odds. After winning over Jack White with a demo, Jean has went on to find success with The Black Belles, and now, a solo album, Bathtub Love Killings. Let’s have a listen to “Merry Widow” now.

Olivia Jean kicks off her tour today in Nashville. A full list of tour dates can be found here.

We recently caught up with Olivia Jean over the phone to talk about Bathtub Love Killings, The Black Belles, Jack White, and living in Nashville.

So, I’ve been listening to Bathtub Love Killings. What made you decide to transition from the Black Belles to do a solo record?

Well, I was signed to Third Man Records when I was 19, and I have been involved in several different projects since being signed. And in that time, I have given Jack (White) songs of demos I have written, and he would let me record them in the studio, and we would use them where they fit. Sometimes they fit in The Black Belles, sometimes they wouldn’t. So those songs that didn’t quite fit The Black Belles, we put them aside. When The Black Belles ended, I took about a year off, and went back in the studio and dusted off some of the recordings, and ended up with an album’s worth of songs.

That sounds like a natural way of doing it. You sound like you’re having fun on this album, and the sound is really all over the place.

Yeah. And since the songs were written pretty far apart from each other time wise, there was no real theme from the beginning, it just kind of came together. When I was in The Black Belles, I was writing a lot of more dark, rebellious, girl-themed songs, so I continue to have that macabre theme going on in my music right now. And I am having a lot of fun releasing these songs because they have been sitting on the shelf for so long.

I really love “Haunt Me.” Can you tell me about that one?

That’s probably my favorite song on the album. It’s one of the first songs I wrote on Third Man on an acoustic guitar. (laughs) I don’t usually write on acoustic, but that one I really like. I hope it has a Nashville feel to it, I can kind of imagine it being a country song almost. (laughs)

It’s interesting how that song came together — it was inspiring in that moment when I recorded it, because it made me feel like I had escaped from being in The Black Belles, you know, being in a punky, girl band, to not having any guidelines.

What were some of those constraints? Were they holding you back?

It wasn’t a bad thing. It wasn’t a bad thing at all. Actually, when I do any art projects, I like to have a theme and a direction, so it was nice for The Black Belles to have a strong image to play with and direct us. So, I wanted to stay within The Black Belles theme, so it was uniform and not all over the place, you know? But now that I have my solo thing, I can play with that, too.

Tell me about Nashville. Do you live there?

I do. I moved there from Detroit about four years ago. Nashville has a music scene for any genre — it’s not just country, they have a really great garage scene there, too. Even if you don’t enjoy the country music scene, it’s still pretty inspiring because people take it so seriously there. It’s a career path; people take you so seriously when you say you’re a musician, which isn’t the case in a lot of places. And I think Jack (White) has opened a lot of doors as well.

How did you meet Jack?

Well, I met Jack…I had given out some of my demos at one of his Dead Weather shows, and it somehow got back to him…

So, that actually happens?

Yeah…yeah! (laughs) I know, it’s like a one in a million shot, and I’m sure he gets demos all the time, so it’s insane that he actually picked it up and listened to it. (laughs) But, he did, and about a week after that show, I got a phone call directly from him.

Yeah, he said he had listened to the demo, and he would like to invite me to Nashville…

Yeah! (laughs) I thought it was a joke at first, but it wasn’t a joke. I realized quickly that it wasn’t a joke at all. (laughing) I thought someone was pranking me. So, he invited down to Nashville, and I started working on some session songs, and I met the other Black Belles in Nashville — it was that first trip to Nashville. It was funny, we all had the same hairstyle and everything, we all wore leather jackets. I’m really glad that The Black Belles happened.

It sounds like that really helped you as a songwriter as well.

Yeah, it definitely did, because we were in the spotlight from day one. We got to experience a lot of things that we were really lucky to experience. A lot of bands work their entire lives to get the exposure that we got, and we were just so grateful and just so excited to be doing that. And being in the spotlight — you had to grow up really quick and get really savvy with everything.

Actually, a lot of fans that come to these solo shows are fans of The Black Belles, and they’re digging the record. I’ve been doing a lot of in-stores to sign records and get to know people…I really didn’t know how this was going to go, so I’m so relieved that people are liking it.

Do you think it’s a positive thing that music is so accessible?

I don’t think people should be able to listen to the whole album on YouTube. It’s hard to make a living these days without getting your songs licensed to commercials or movies, because you can’t money off of selling records anymore. I really like how vinyl has made a comeback, because it makes it exciting to own a record — I love having a giant 12-inch cover to collect. I still think people love collecting vinyl.

Does the idea of a full album mean something to you?

Oh yeah, definitely. The order of the album is one of the most exciting parts of the process. The songs need to flow together, and if you do that wrong, it can ruin the album. It’s important. When I buy an album on iTunes, I buy the entire album. I never buy just one song.