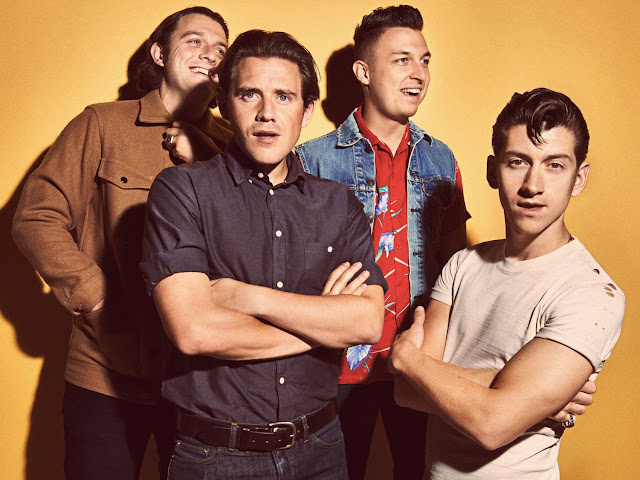 I love Arctic Monkeys. Like, really, REALLY love them. Didn’t everyone and their mum get hooked on their 2006 smash, “I Bet You Look Good On The Dancefloor?” Bloody hell, that song packed a wallop to the arse. I thought I was the shit for listening to these too-cool-for-grad school Brits.

Arctic Monkeys’ sound has sailed on polyphonic waves of rockabilly, punk, southern rock and doo-wop. On their latest release, AM, fans will remark a striking departure from the days of “Fake Tales of San Francisco.” Lead singer/dreamboat Alex Turner has cited 90s hip-hop as a major influence on this latest record — out now, and nominated a few hours ago for the 2013 Mercury Prize. It subtly shows in several songs, including “I Wanna Be Yours.” For this jam, Turner lightly tweaked a poem of the same name by punk troubadour John Cooper Clarke, set it on top of a smooth, R&B-laced groove, and the result is nothing short of magnificent. Turner is sexy, crooning the words of yearning in a way that makes you really wanna be his, too.