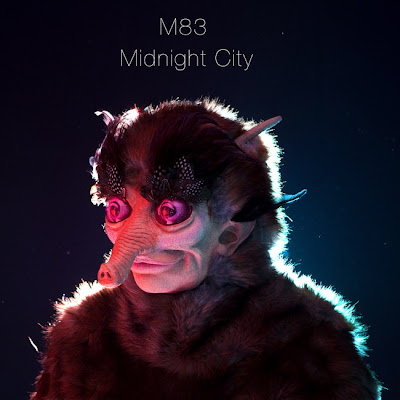 M83 is the dream-pop moniker for France’s Anthony Gonzalez (that is not him in the picture), who, since 2001, has been recording lush, electronic-based tunes that blur the lines of ambient compositions, pop rock, shoegaze, and synth. On October 18th, M83 will release the project’s sixth studio album, a double disc entitled Hurry Up, We’re Dreaming (Mute Records). To hold us over until the fall release of the new record, M83 has released the record’s first single “Midnight City,” a verdant phonic offering that burrows in silky chillwave during the verses, evokes electro sensibilities during the hook, and closes with a killer sexy sax solo. “Midnight City” has us anxious to get our hands on Hurry Up, We’re Dreaming. Well played, Mr. Gonzalez.

1) Listen to “Midnight City” below. 2) Download the track for a pittance (your e-mail add, a Tweet, or a Facebook like) by clicking here. 3) Try and keep the creature from the single’s artwork out of your nightmares.