Another Forecastle Festival has come and gone — and of the six I’ve attended, this might have been my favorite one. It only rained on us once –for only a few minutes — and like every other Forecastle, I came away with my heart filled with enthusiasm for life. Not every festival has this effect on me, and that’s okay. You take the bad with the good in life, and when you find what moves you, you keep going back. I hope to return every year until my legs fall off.

Here were the five best performances I saw.

THE WAR ON DRUGS 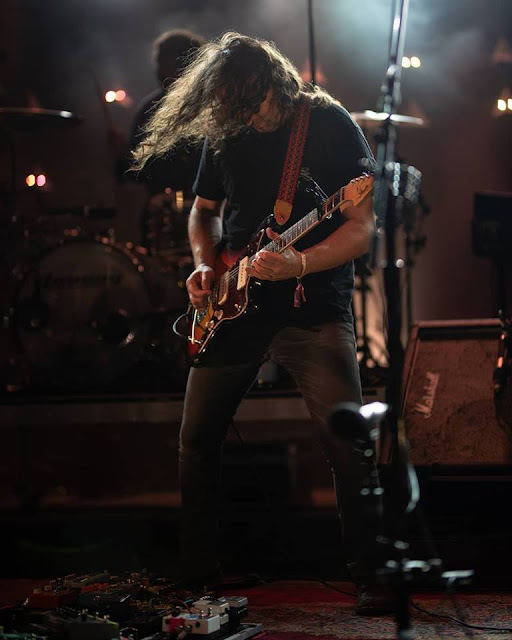 Adam Granduciel of The War on Drugs plays guitar like his life depends on it. And lets face it: it probably does. His band’s late evening set on Saturday felt like a revelation, especially during the end of “Pain,” when he guided his guitar to produce sounds that reached unknown satellites. It was furious but also calm, if that makes any sense at all. If you witnessed it, it probably does. The man doesn’t have to force anything, because even if he knows where he is going, you can’t quite tell. And that’s what live music should be. Thank you, Adam. 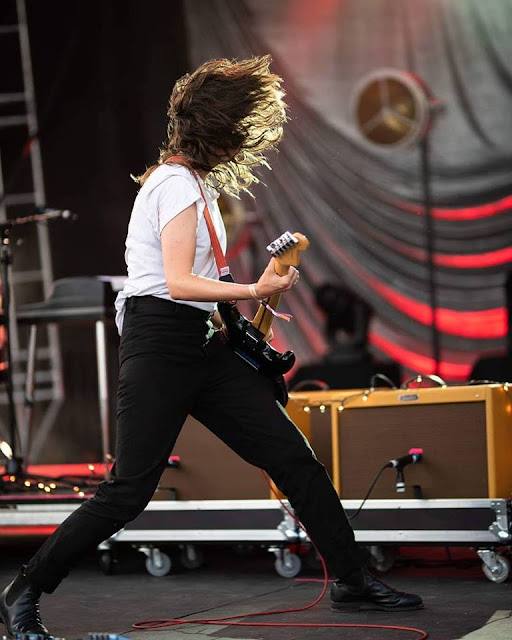 Another prodigy on guitar, Courtney Barnett plays so effortlessly that you wonder who taught her the tools of the trade. I’m guessing no one did, because she does not care about structure or hitting the right note. There are no right notes in a Courtney Barnett set. There is only a sense of connecting with each person who has come to see her play. She smiled, she moved, she acted like she would rather be nowhere else. Amazing artist in her prime.

Yes, he gets a lot of shit for being aloof and/or a total asshole. But FJM looked very much in control, opening with “Nancy From Now On,” “Chateau Lobby #4 (in C for Two Virgins),” and “Total Entertainment Forever.” He sort of did his FJM dance, which is awkward as hell, and by the end of his set not only was his shirt drenched with sweat, but so was his ratted sport coat, which he never took off. Another highlight was “Date Night” from his latest wonderful album, God’s Favorite Customer.  Vintage Misty. 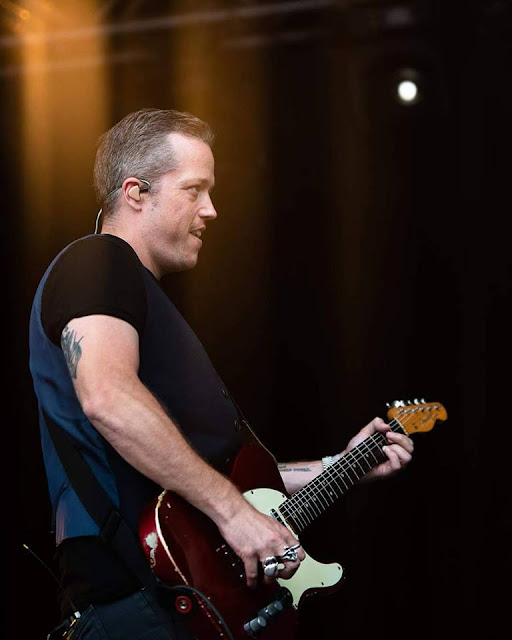 It rained right before Isbell took the stage, but it didn’t put a damper on his opening trio of songs: “24 Frames,” “Hope the High Road,” and “White Man’s World.” “Hope the High Road” was especially poignant, with the lyrics, “there can’t be more of them than us…there can’t be more.” We’re living in strange times, with so-called “fake news” and all of the other bullshit surrounding us. But Isbell is as real as they come, and if taking the high road really is the best line of travel, let’s all follow this man. 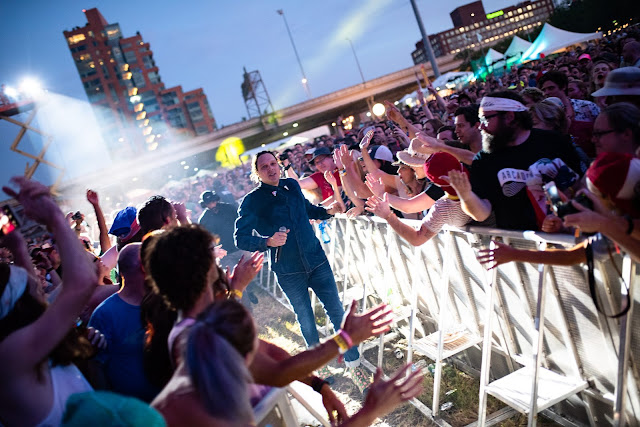 Wow. The entire band entered from the center barricade and through the photo pit, high-fiving fans and photographers alike. They went right into “Everything Now,” which led into “Here Comes The Nighttime,” which led into — you guessed it — a fireball of a dance party which never really ended. Arcade Fire is the perfect band to close out a festival. We were all tired from three days of heat, but who knew that sometimes when you fight fire with fire, you win. We all won. Thank you. See you next year.