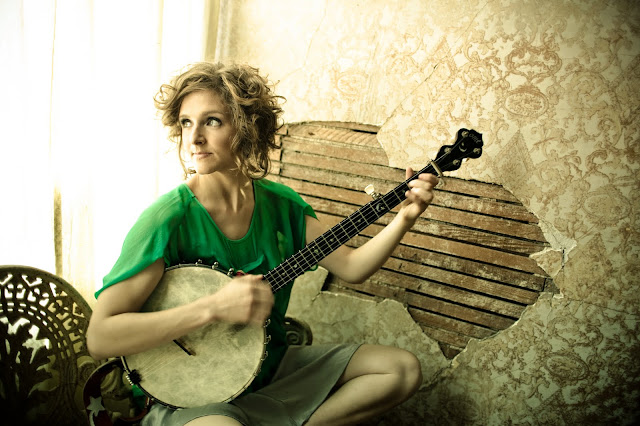 Earlier this year, Abigail Washburn hit us hard with her second solo album called City of Refuge; it’s been called a “a sublime marriage of old-time and indie-pop,” and rightfully so – it was recorded with a new cast of characters, including My Morning Jacket’s Carl Broemel  and The Decemberists’ Chris Funk. It certainly takes a different path, one where Washburn doesn’t sing to us in Chinese (she’s fluent) as she did earlier last month in St. Louis, when she opened for The Head and The Heart. It’s a beautiful piece of work – here’s evidence:

We’re lucky that Washburn agreed to take part in our 10 to Spin series at Speakers in Code, where she checked in with ten of her favorites. Enjoy!

Can’t get enough of this woman’s art.

There is no more soulful a singer or poignant a song.

Bruce Springsteen – Nebraska [listen] Bring it, Bruce. Can’t stop thinking about that girl standing on her porch twirling her baton.

Banjo player from 1930s Kentucky. Knew I wanted to sing and play banjo when I heard this.

This field recording from the ’30s is pure magic.

Glorious lady with the most glorious voice on the face of the planet.
She wrote this song for the kids at the orphanage she runs in Mali.

Makes me want to wake up and really do shit.

Wish I wrote this one.