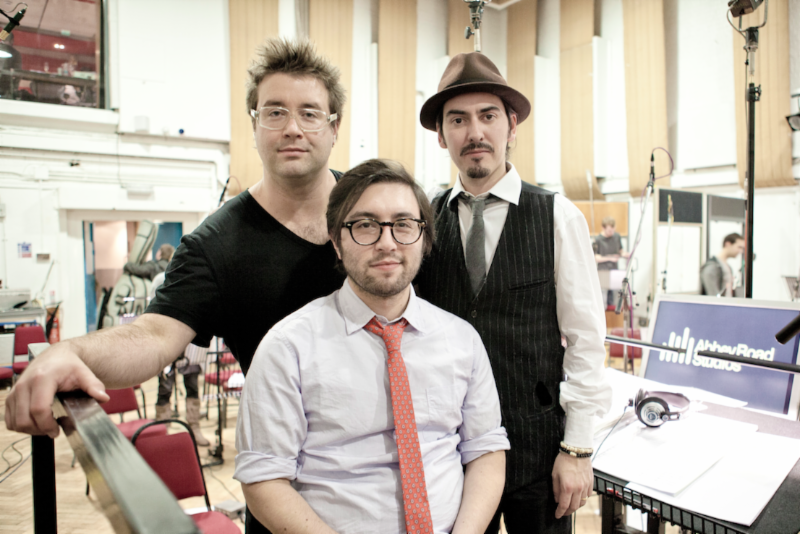 WE TV’s first original scripted series, the eight-episdoe The Divide, made its debut in July. The series, written by Richard LaGravenese and directed by Tony Goldwyn, is beautifully augmented by an original score created by Dhani Harrison, Paul Hicks, and Jonathan Sadoff of the band thenewno2.

Let’s have a look at the trailer for The Divide now.

We recently caught up Paul Hicks of thenewno2, whose discography includes mixing credits for Paul McCartney and David Bowie, to discuss his experiences working on The Divide score.


Tell me about saying yes to this project. What was going through your minds at the time?

We always like to challenge ourselves, the previous project we had worked on had many acoustic elements. We really wanted to do something more electronic / synth for our next project so when he had our initial phone call and discussed the music and what was wanted, this seemed like the perfect project to go a bit darker and electronic. I was excited to play around with sounds and textures, really get a musical world for The Divide.

Director Tony Goldwyn preferred the music to be dark for The Divide score. In my opinion, dark music usually has a soul that other music lacks. What do you do to get in that special dramatic/emotional place to create this kind of music?

Stay up late and be alone!! Seriously though, quite a lot of this was written late into the night, I found you really had to get into the dark The Divide world, so I would quite often put my headphones on and just play with ideas with the lights dim and without email / phone distractions that you often get in the daytime. Sometimes its good to structure yourself with a work schedule but with this project, if I had an idea, day or night, I would start to work on it and with technology today I can start an idea up anywhere as long as I have my laptop!

Walk me through a favorite scene in an episode, and describe a moment where you feel the music causes an emotional shift for the viewer.

There is a long scene near the end of episode 7 that is a favourite of mine. It is a long scene and it is a mixture of suspense, fear, madness and some chaos. The acting is very intense and we just wanted to support it with the music. There are some big pauses which help the suspense and some addition of low end to help the fear. It also ties in some early investigation themes that start the program so it was good to go full circle and bring some elements back.

What are the differences of scoring a motion picture versus scoring a television series?

I think the main difference is the time frame. You have a few weeks to do an episode so it can be a bit more intense. But also with television you are dealing with hours of content as opposed to 1.5 – 2 hours in a film so in that aspect you do have more time to develop themes and ideas. I like puzzles so I had loads of fun integrating different peoples themes throughout the show.

Finally, what’s next for thenewno2? Has The Divide score inspired any ideas for new music?

Definitely, as I said, we had always planned on doing some more ambient / electro types of music. With The Divide it was fun playing around with space, keeping things open with just a pad or something instead of filling every moment.