“Those guys are in this for the right reasons,” said some guy standing next to me.
Sometimes it’s the simple statements that can help wrap up an experience in a nice bow. The guy was right. The Apache Relay really is in it for the right reasons, assuming of course he meant the band was playing on stage that evening because music is something it loves and is passionate about. It’s something that is undeniable from the moment the guys walk out. They demand your attention and respect without having to ask for it. The collective experience exudes what I can only describe as pleasure, flowing from the stage out into the audience, making people who are not yet familiar with their music jump up and down.
This passion is something that is unmistakable, both on the stage and in person. We chatted on the phone with Michael J. Ford, Jr. and Mike Harris about everything from their secret house show with Mumford & Sons, to “Race City USA,” as they made their way to Raleigh in their now infamous van.
Check out the interview, as well as pictures from the show below. And make sure to check out Apache Relay’s Kickstarter Page. You can pick up the albums there and help fund their trek across the country. 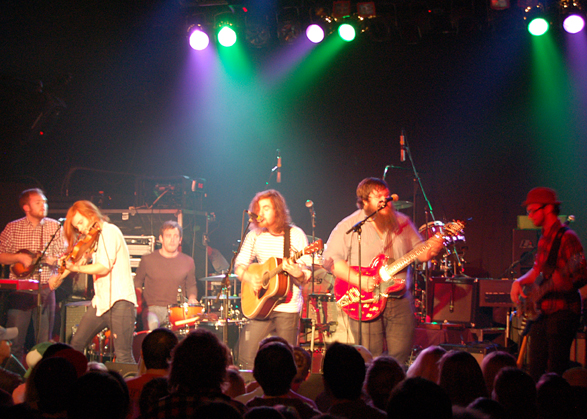 Michael J. Ford Jr: Hellllloooooooooo! How you doing, man?
SIC: What’s up Michael! We’re good. You guys in North Carolina yet?
MJF: We’re just crossing over the North Carolina/South Carolina state line. Actually, I’m being told we’re  like twenty minutes away from Raleigh now somehow…
SIC: Well, there’s an obvious difference between North Carolina and South Carolina. Come on, man! That’s the sticks!
MJF: Oh man, totally… So, how are you?
SIC: We’re doing good; can’t wait to see you guys tonight.
MJF: We’re so excited to have you guys out… We just got word that it’s sold out, so it’s going to be a packed crowd, tons of energy, it’ll be great.
SIC: So, how does it feel to be the best band in Nashville?
MJF: Aww, man (laughs), that’s really nice of you to say, man. It’s funny, with everything that’s been happening lately, we just feel so humbled by everything. With the recent Mumford & Sons show getting so much press, and the Deli Fan Poll, it’s just really humbling people are pouring so much support like they are, we’re just trying to keep our nose to the grindstone and just [keep] pushing forward, and it’s exciting to see results stem from that. 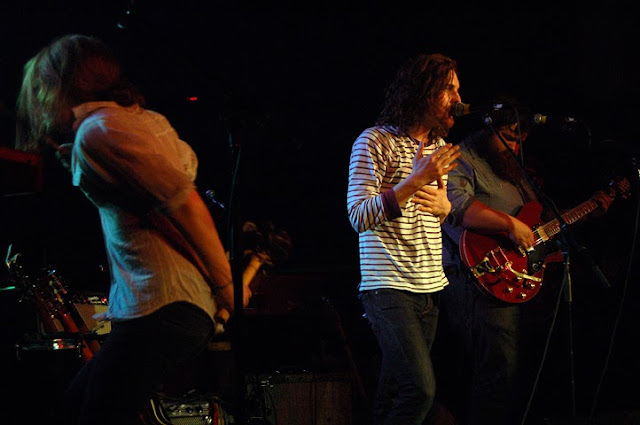 SIC: Yeah, it’s been interesting to watch. I don’t know if you guys remember, but we saw you guys in Chapel Hill at…
MJF: Local 506, yeah man!
SIC: Yeah, that’s right – so, it’s been amazing to hear the buzz start to swirl around you guys.  Must feel awesome.
MJF: It’s such exciting times…just really exciting with the SXSW shows coming up and the U.S. tour coming up, we’re just thrilled to be doing this.
SIC: Have you played SXSW before?
MJF: No, this is the first time there as a band, we’re so excited, we’re playing a couple of showcases and a few day shows, and just experiencing the whole rodeo of it all.  I played in other bands growing up that did it and man, it’s just unreal.  We’ve kind of all just braced ourselves for it all, and we’re fortunate enough to have a tour manager with us to help us out with everything, and then our whole team will be there from our manager to our lawyer, so it’s going to be our whole family.
SIC: And you guys are with G-Love with a little while before, right?
MJF: We’re doing like five dates with them. We started off in Nashville, then Greenville, then Charleston, of course Raleigh tonight, then Norfolk tomorrow night, then Dallas on the 19th. And it’s been just a blast so far. I mean, G-Love and his entire crew have been so cool to us.  And the crowd has been really accepting of us,  so it’s just been great. 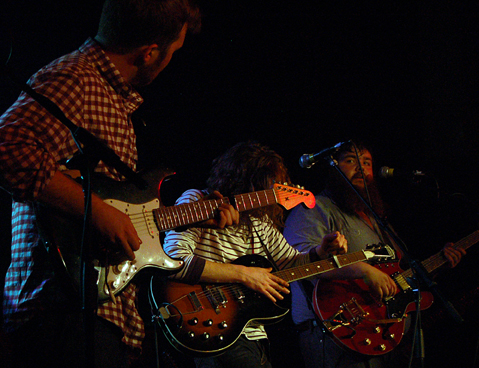 SIC: So I have a six degrees of Kevin Bacon scenario as to how you ended up on this tour – tell me if I’m right.  Ok, G-Love’s new album was produced by Avett Brothers.
MJF: Fixin to Die, that’s right!
SIC: And Avett Bros played the Grammys with Mumford & Sons.
MJF: Yep…yep…
SIC:  And Mumford & Sons played a house party with you guys…so, there you go.  That was more like four degrees actually…
MJF: Yeeeeah, no… We actually got it through our booking agent, I think. But it’s like, as a band, we’re getting plugged into that entire community and through that, these opportunities are presenting themselves, and we just feel really fortunate to be a part of that – to be a part of a community based movement that’s kind of taking over America with the Avett Brothers and Mumford & Sons. I mean, to even know some of those guys, it’s just really incredible for us. It’s just an amazing example of plugging into a community and how that just really benefits everyone. It’s really special. 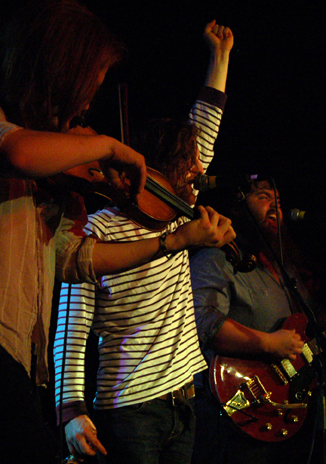 SIC: Movement is a good way to classify what’s going on right now.  I mean, two years ago, popular music sounded completely different than it does now. And while there’s one band that breaks out, but there is that community of bands that are in the same mindset.
MJF: Yeah, exactly, about how they treat other people in the music industry.  It’s so beyond politics and just loving other people, and bands – it’s something that has really inspired this band. We’ve learned a lot from it all.
SIC: So, how the hell did that Mumford & Sons show happen anyway?
MJF: For this question, I’m going to pass it to my comrade James Michael Harris II. He kinda has the full scoop .
Mike Harris: Yeah, I guess the short answer is we had made friends with them through the previous owners of the van we’re in right now, Cadillac Sky, when they were opening up for them on their fall tour, and you get a bunch of kids our age together – people who like to have a good time and play music – and a house show is bound to pop up out of that.
SIC: Yeah, well, we were bummed we missed it. Sounds like it was an awesome night.
MH: You know, for you guys to have people based in St. Louis, Raleigh, and Chicago, you would think someone would wise-up and start a Nashville sector as well! 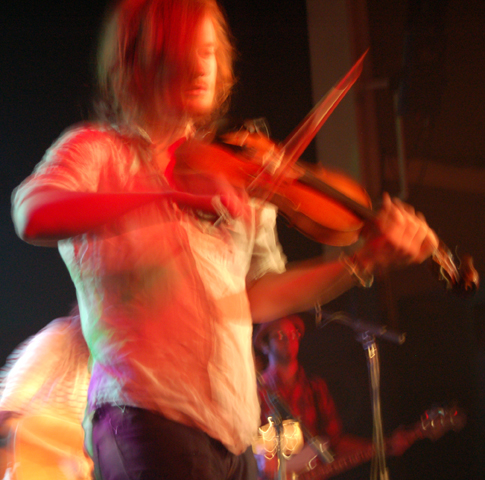 SIC:  Yeah, we need to come and make some Nashville friends. We are hopefully making you guys more friends in our cities.
MH: We can make that happen for you guys in Nashville, man, and I’m actually from Mooresville, NC, so we know some people in these parts.
SIC: You’re from “Race City USA?”
MH: Haha – the very same one!
SIC: It’s a small world, huh? My sister-in-law is from there… So, tell us about the new album!
MH: Well, it’s called American Nomad, and it’s coming out April 12th, but we will actually sell them tonight for the first time. So, we will literally lay hands on them for the first time in just a few hours. We have a lot of friends at the show tonight, so we wanted to make it available.
SIC: And we saw that Kickstarter thing you guys are doing to raise money for the tour – what was the decision making process on that?
MH: I think we had just seen some other bands do a similar thing, kinda reward programs, and I mean, people want more than just their name on your website, and it’s a great way to generate pre-sales, and obviously a revenue generating stream for us, but I guess the whole reason was it takes so much money to keep us on the road, it’s just crazy with gas and food.  And we keep thinking if we keep on keeping on that we’ll grow, so it’s helping get us over that hump. So, that’s why we went crazy with extravagant offers, so we just wanted to have fun with it and make it unique.
SIC: Well, that’s all I have man.  I’ll let you get back to the road.
MH: Ok man, we’ll see you tonight! 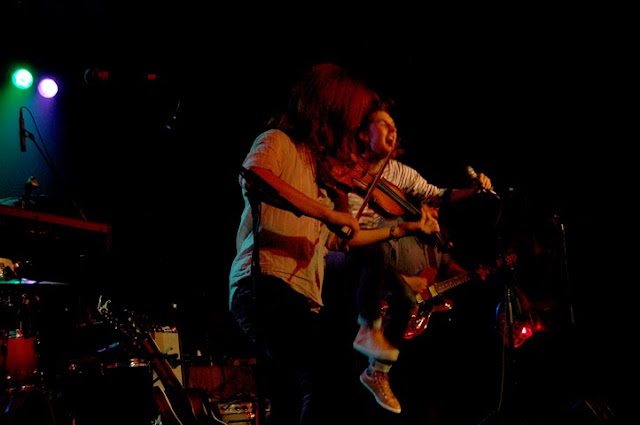