I moved last month, and for the first time in my life, I hired someone to haul the heavy stuff out the door. No rounding up the buddies at the last minute and compensating their time with pizza and beer. No conversations while moving the couch or kitchen table. No remembering. I wanted this done quick, and I didn’t want to talk. There were memories around every corner of that house, and I knew they still whispered. Best to be all business, I figured.

It wasn’t that bad until I had to go back to clean the place. I didn’t fare well facing the bare walls, the empty rooms, the silence of everything that once was. That particular dream was dead, and I was alone. It all seemed very cold.

But, I did still have music.

There were now echoes in this cavernous house, and there was one voice and one song in particular that crushed me as the iPod did its unforgiving shuffle.

“I didn’t care before you were here,” Eddie Vedder sang during “Sirens” from Pearl Jam’s new album, Lightning Bolt. “I danced in laughter, with the ever after / But all things change, let this remain.”

Let this remain, because it’s so hard to let go. We’re told to do it, urged to do it, pushed to do it — let it all go, and don’t look back. Lock it up and swallow the damn key. Then laugh, maybe go shopping.

“Hear the sirens, covering distance in the night / Echoing closer, will they come for me next time?“

I kid you not — when I woke from the first night in my new apartment, the first sounds I heard were sirens. How funny and all-too perfect, it seemed: “Sirens” playing randomly while I tried to leave my old house, and me hearing real sirens the next morning. Had to be something, I thought.

So, I went to Oklahoma City, on a plane packed with random fans, to see Vedder and Pearl Jam. Not simply because of sirens — I’m not that crazy. But maybe more because time is short, and I’m tired of waiting, tired of playing hypothetical games. There is no time like right now, even if I had just seen the band in Chicago at Wrigley Field back in July.

Doesn’t matter. As you might know, each Pearl Jam show is different — there is no “tour” set list, each show has its unique set of songs. Guitarist Mike McCready can go off at any given second. You can research it all you want, but the truth is, you don’t know what you’re going to hear, and that’s rare in these pre-packaged days of live music.

They opened with “Wash” in the house Kevin Durant built, a place where the Oklahoma City Thunder might have won a championship a couple years ago if not for LeBron and D-Wade. A competitive spirit is still alive and well here with the people of OKC, though — just take the playful boos when bassist Jeff Ament slapped on a throwback Seattle Sonics Kevin Durant jersey near the end of the show as an example. Sports can be so complicated.

Pearl Jam? Not too complicated, but emotion, melody, and guitar solos remain factors to this day. And there’s Vedder, who still moves as if his knees could allow him to guard Kevin Durant, or at least beat him in H-O-R-S-E.

He started the show off calmly, moving from “Wash” to “Sometimes” from No Code, then testing his audience with “Elderly Woman Behind the Counter in a Small Town.” Sure, Fiona Apple and Neko Case have been called pioneers when it comes to long album titles, but Pearl Jam’s marathon song title is the one I remember starting that “thing” for me, and everyone still wants to sing along: “I changed by not changing at all / Small town predicts my fate / Perhaps that’s what no one wants to see…” Which leads into, well, you know.

And that’s the cool thing — Pearl Jam fans know it all, and they aren’t afraid to express what they’re feeling. There’s even a six-year-old girl in a pink jacket on her dad’s shoulders singing along to “Alive” and The Who’s “Baba O’Riley,” which they later covered, throwing up a peace sign, not for one moment looking like she doesn’t belong. She’s beaming, and if you think I’m kidding, then stop reading this now. This kind of stuff is real and happens in every city they set up camp. The longest lines for merchandise I’ve ever seen reside outside the venue. The longest smiles are found on every face around you, no matter the age. You don’t even have too look close, because it’s all so obvious: there is something special going on here. Hell, before “Just Breathe,” there was a wedding proposal where the gal asked the guy. Watch the video below and see if it doesn’t affect you.

The biggest criticism I’ve heard in the past few years is that their new music isn’t any good. Of course, details in these conversations are always scarce, and I’m left to wonder if the people who criticize even bother to listen. Pearl Jam didn’t overdo it with new material from Lightning Bolt in Oklahoma City, but “Sirens” left the biggest mark.

It’s that simple line again, “I didn’t care before you were here,” that always seems to get me. It did its damage again on Saturday night — partly because of the way Vedder sings it, partly because I know the power of that line. It’s the “How was I living my life before you came along?” thing. I also know the feeling when the person leaves. You know, maybe it’s that — the “surprise left” that hits you in the gut when you’re abandoned and left holding the heavy bag.

That is it, actually. You strongly connect with feelings that remind you of what has slipped away. So when Vedder and Pearl Jam closed the show with “Yellow Ledbetter”, and the last words were, “I don’t want to stay,” I wondered: Do you ever really let go? Or do you leave and hope for the best?

The difference in the two is what remains. 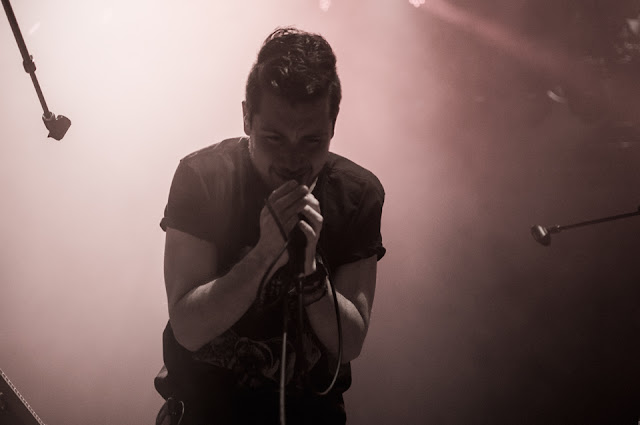 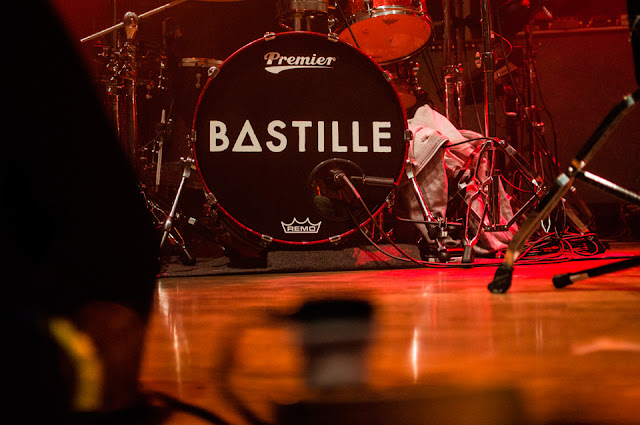 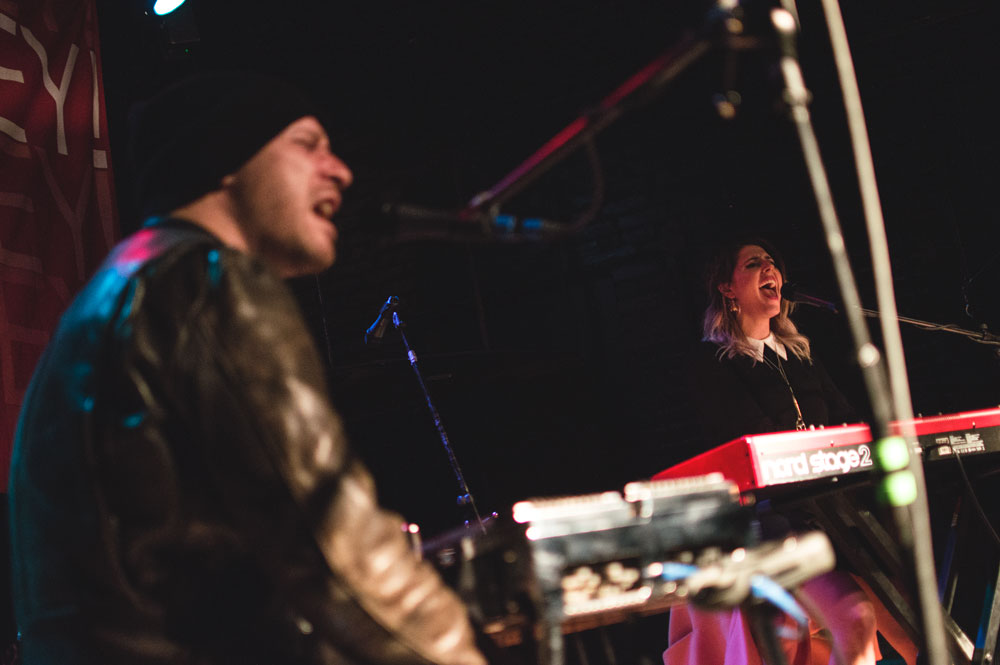 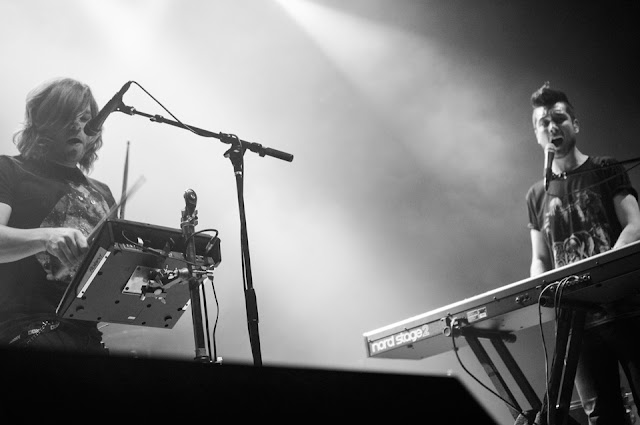 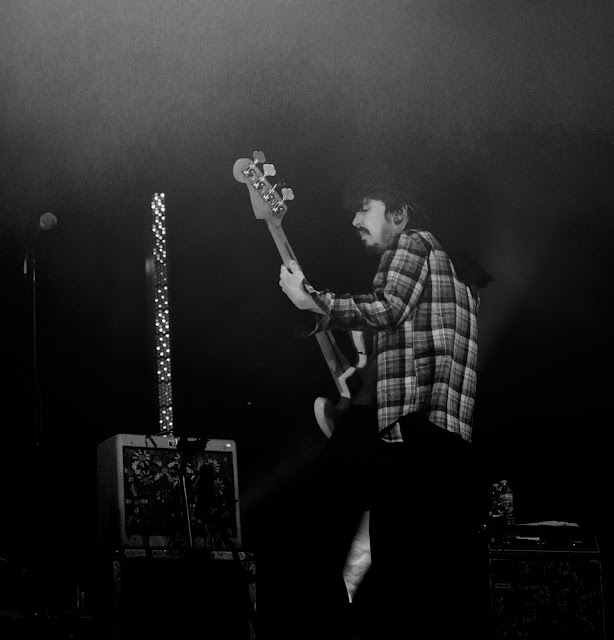 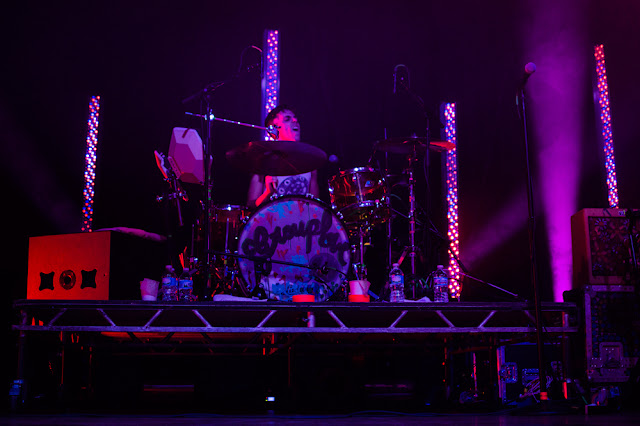 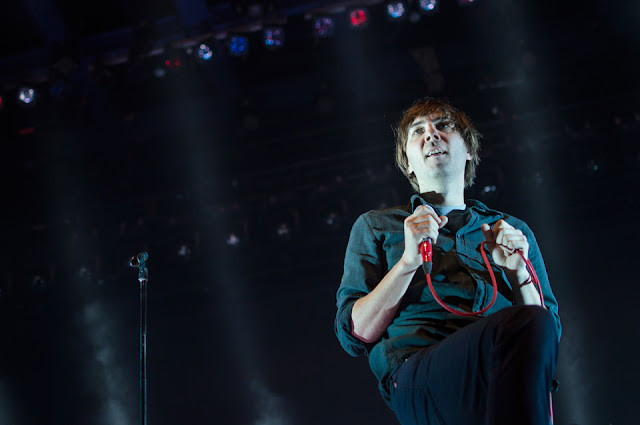 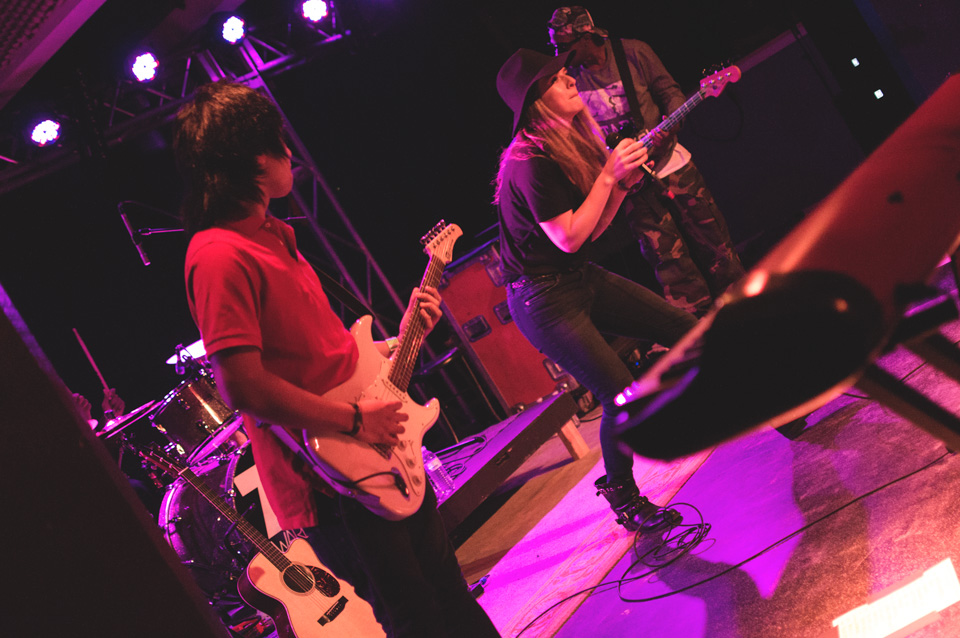 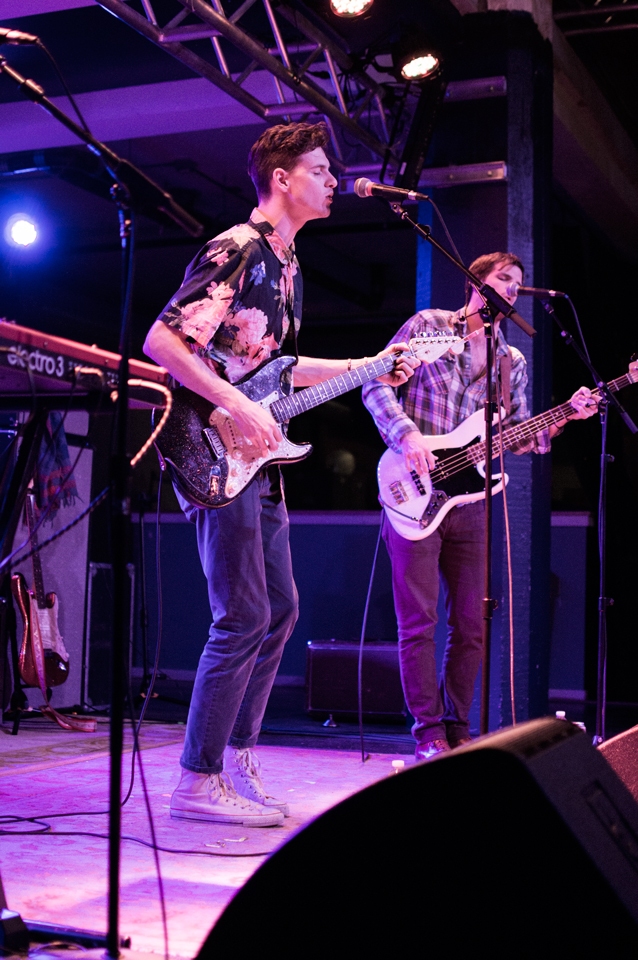