I’m walking up a narrow, creaky set of stairs behind Kasey Chambers, and we’re making our way to Off Broadway’s green room, to do an interview. She turns around, and starts talking.

“I’m stoked to be here,” Chambers says with a thick Australian accent. “This is a really cool room. They are really nice people who work here, too.”

A native Australian, Chambers last month played her first-ever St. Louis gig at Off Broadway. It came 18 years after her debut album, The Captain, and 16 years after the release of Barricades & Brickwalls, which featured “Not Pretty Enough,” Chambers’ first number one single in Australia.

Her tour bus is parked out in the front of the venue, not exactly a common occurrence for an Off Broadway gig. A few of her fans are already lined up, presumably to secure a front-row spot, which I assume is common for her shows, especially in her native Australia, where she is a superstar. But in St. Louis?

“I can’t believe you’re here!” Chambers would say later in the evening, after beginning her show with “Wheelbarrow” and “Not Pretty Enough.”

She’s beaming alongside her band, Josh Dufficy & Brandon Dodd, who, when not playing with Chambers, form the duo Grizzlee Train. Chambers’ father, Bill, would later join the tour in Philadelphia. 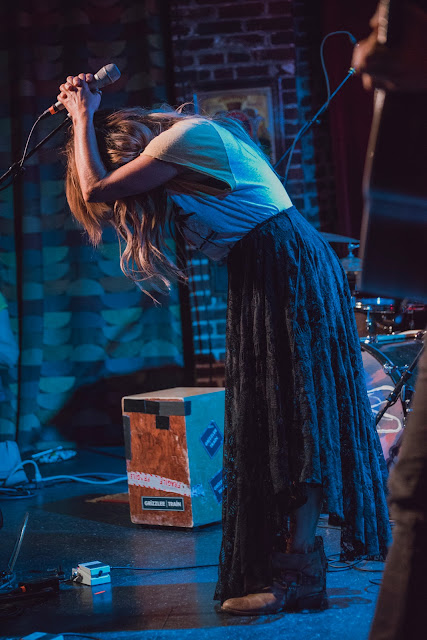 Later in the evening, Chambers sings “Ain’t No Little Girl,” the standout from her latest album, Dragonfly. The emotional and cathartic performance literally causes her to lean over for a few seconds. She’s clearly exhausted, having just given her audience a beautiful moment that only live music can sometimes ignite and create. If there’s never another Kasey Chambers show in St. Louis, at least she got it right on her first time here.

Kasey is on tour in the U.S. through July 22nd. Please find her tour dates here, and enjoy the rest of our brief interview below.

Where did you grow up in Australia?

A place called The Nullarbor. It’s really wild. It really is just such an isolated kind of way to grow up, you know, which is how I grew up — not having much touch with civilization at all. It sounds weird when I talk about it now, but it wasn’t weird for me, because I didn’t know any different, obviously. It’s even quite strange for Australians. (laughs) Most of the Australian population is on the east coast, anyway, around ocean and cities and that sort of thing. So, most Australians have never been out to the Outback. But I love it.

And your dad was a hunter, right?

Yeah, he was a fox hunter. We didn’t have any TV or radio or anything like that. My dad would just play us tapes, or sit around the campfire and play us songs. And I think that’s why music became such a big part of our lives, because it was our only entertainment — we really didn’t have anything else.

How did you discover music?

My dad grew up with his parents playing him Carter Family, Jimmie Rodgers, that kind of thing. And then when he started learning to play guitar, he got into Buck Owens, Johnny Cash, that sort of thing. And then he discovered The Eagles and all of that. He’s normally in my band, but he’s not here tonight because he’s in Europe. It’s weird to not have him on the road, actually. (Growing up) was great because I wasn’t tainted by all the other music on the radio, it was just what my dad liked. I’m lucky he liked good music! (laughs)

Not everybody gets that experience.

That’s right. And to be honest, not a lot of Australians were listening to that kind of American country music back then either, or are still not, really. I mean, Australia certainly has gone through the phase where, you know, Johnny Cash was cool. (laughing) But this was long before any of that happened. So, it was quite unusual…I mean, my dad listened to Gram and Emmylou, Don Williams, that kind of thing, but he also listened to the Amazing Rhythm Aces, and the Gatlin Brothers, and sort of all this stuff that you barely meet anyone who has ever hear of those acts. I’m really not sure…he just sort of sought out all of this interesting music that he was just sort of drawn to.

And then I started to get into music on my own, just discovering what really resonated with me, which was Lucinda Williams, Steve Earle, Nanci Griffith. That’s kind of how I started writing songs, because my dad took me to see Roseanne Cash when I was a teenager, and on the show was Mary Chapin Carpenter and Lucinda Williams, who I had never heard of either of those two at the time, and it was a Roseanne Cash concert. And Lucinda walked out and started playing and it literally changed my life. I was just like, “fuck, that’s who I want to be.” She really did change my life.

She sang on your song “A Bad Day,” right?

Yeah. Yeah! I couldn’t think of it for a second. (laughing) Nice, you’re on to it. 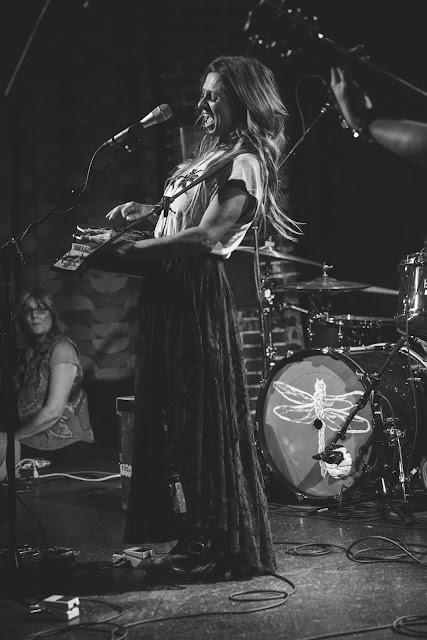 Matthew Ryan sang on one of your songs, too. “A Million Tears.”

He’s one of my life-changing moments, too. The first time I went to Nashville, which was my first night ever in America — I went straight from Sydney, touched down in L.A., and went straight to Nashville. I had never been to America before. And me and my brother and my best mate, we all just wanted to go out in Nashville — we didn’t know any of the best bands that were playing or anything. We went out and saw this guy Edwin McCain play — we had heard him play a song on Letterman or something like that. And then Matthew Ryan opened up. And I was like, “Fuck, who is this guy?” Like I never heard anyone my age playing music like that, putting their heart on their sleeve like that. And he was playing all the songs from May Day, but May Day wasn’t out yet. And May Day is still in my Top 3 albums of all-time. I fucking love that album. I recorded “Guilty” for a bonus disc. I love him, he’s just amazing.

Tell me about “Ain’t No Little Girl” from the new album. Do you play that every night?

Every night. Yeah. If I didn’t…I feel like that that song, honestly…I felt like it wrote me instead of me writing it. Because I wrote that song a few years ago, and I never even played it — never even thought twice about it as a song until I felt like I was strong enough and powerful enough to feel like I could actually deliver it. Because you can’t go half-hearted with that kind of song. And then I had (throat) surgery…but I wrote it before I had surgery, and I didn’t really think much of it at all, I didn’t think it would ever see an album or anything. And then I had the surgery, and I started getting to this new place in my life, where I felt like I owned myself a little bit more. And then that song just crept back into my life, and I was like, “Oh yeah, that’s why I wrote it.” It was getting me to this point.

And now I feel like…on the album, it’s the glue that holds the whole album together. It was always going to be the first single, because I needed that to be what everyone heard first. And live…I don’t know. I just go to a whole other place. (laughs) I don’t know where it is! I don’t even know if I want to know where it is. I just need to go there every night. I think it’s the most important song I’ve ever written. Whether people like it or not, and they do seem to like it, I just think for me personally it’s the most important.

I guess it’s part of life, isn’t it? It gets you to the next point. And hopefully you keep becoming a better person. I feel like I know myself a little bit more. Discovered a new side of myself, too, as a single mom — a new strength I didn’t know I had. 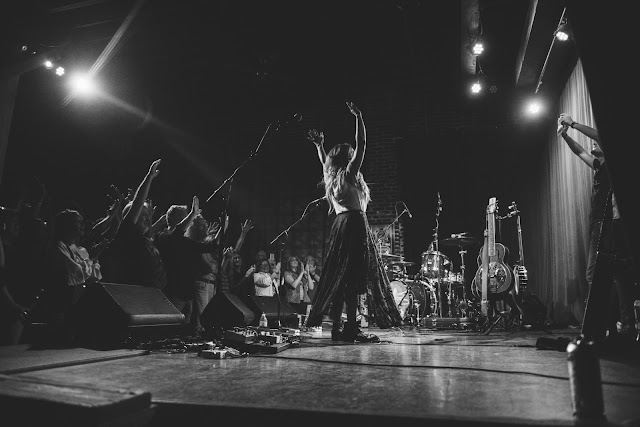