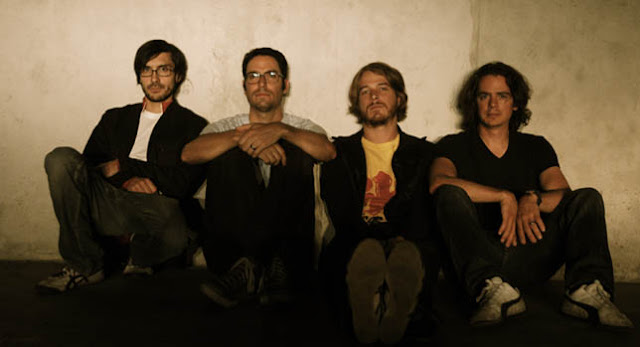 Way back in August, Arts & Crafts announced the addition of Mexico City’s Chikita Violenta to its stable lineup of artists, with plans to release the band’s third full-length, TRE3S – their first outside of Mexico – in North America on January 25th.

TRE3S actually sounds like it was recorded in Canada. And after learning the sessions were conducted by producer Dave Newfeld of Broken Social Scene/Los Campesinos!/Super Furry Animals fame, it all makes so much sense! Somehow the sun-drenched psychedelia still shines through as we’re constantly reminded of the indie-goodness that has come to signify Arts & Crafts itself.

Ahead of TRE3S’ North American release, the band is eagerly making available our Jam of the Day, “Tired,” and it’s fellow album track “All I Need’s A Little More.” You can grab them below by giving up that email address.

A North American tour is in the works beginning in February, and Chikita Violenta has already been announced to perform at next year’s SXSW. They will be announcing dates shortly.