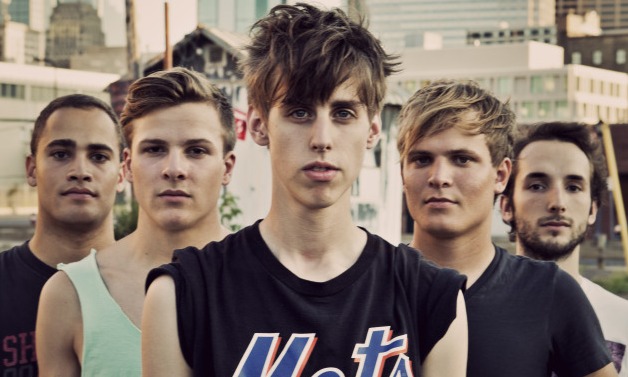 Man, I’m not even going to lie. I haven’t been overly excited about a new band over the past few months. Maybe I overdosed last year, racking up new favorite bands seemingly monthly, but as of a week or two ago in 2012, I was questioning my musical devotion and blogger status in general. Had I lost the love that fueled me to listen to countless hours of music emailed to me on the daily? Had I finally hit crotchety old man status and ceased to understand what the “kids” were up to these days?

Halle-fucking-lujah, praise whatever god you’re into, my musical devotion has been resurrected-a! The boys in Howler have come and reaffirmed my faith in all things good and pure about music, with a group of songs that have me watching the calendar until the days that it’s too hot wear jeans, the pollen has subsided, and I can ride with the windows down at all times.

Download the Minneapolis band’s Jam of the Day below and get ready to hear much, much more of their surf-influenced soul. You’d be wise to get into them, and their debut album America Give Up, before beach season rolls around. Just sayin’.

Howler – Back Of Your Neck