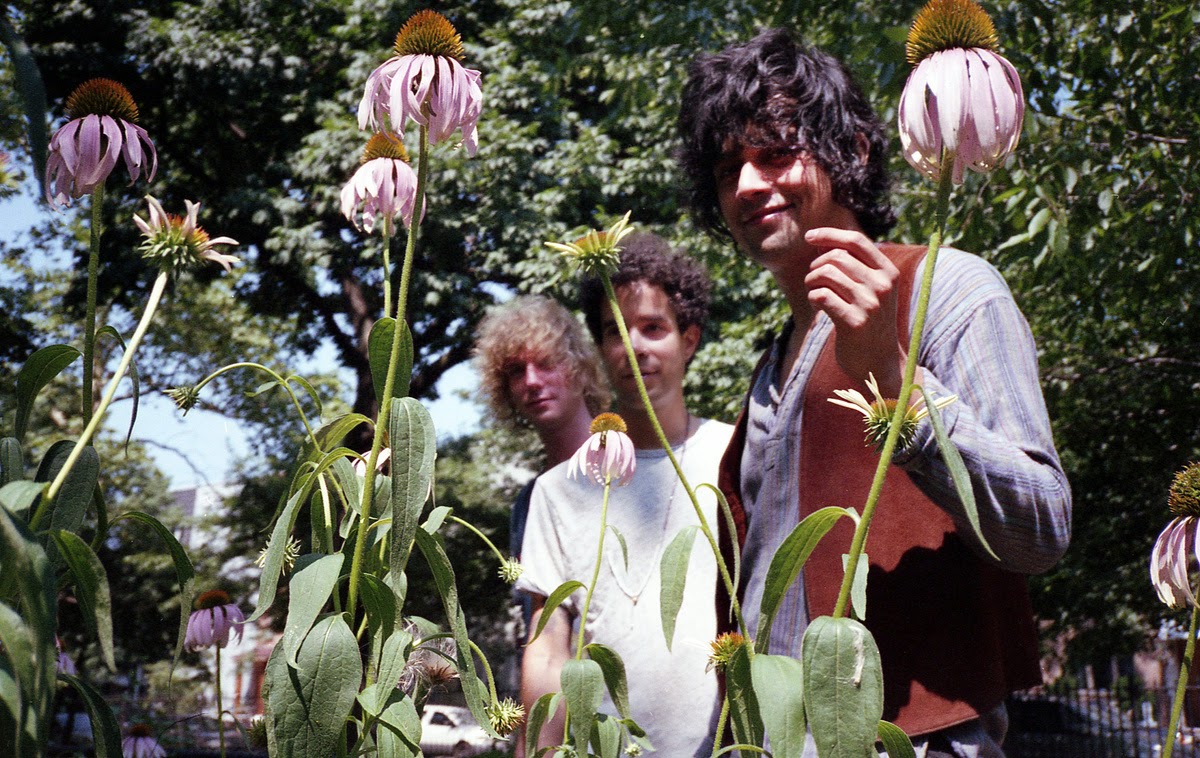 Last Friday night I was standing at the back of Chapel Hill’s Nightlight, nursing a Diet Coke, when New York City’s Las Rosas stormed the stage, introduced themselves, and launched into the first song of what would end up being an absolutely incendiary opening set. 30 seconds in, I turned to the friend I was there with and shouted, “I don’t even understand what’s happening anymore!” He replied, “I don’t either, but I really, really love it.”

That’s what Las Rosas did to us: their utterly unclassifiable, brash, melodic rock and roll quite literally blew our minds. It was like nothing I’d ever heard before, and completely familiar all at the same time. There’s Kinks-style Brit pop, and Dick Dale surf pop guitar solos; there’s Revolver-era Beatles choruses, and their frontman could be Lou Reed. No two songs sound the same. There was one about Oprah.

It’s been a really long time since I got this excited about a band, you guys. Stream bittersweet surf anthem “Black Cherry” below, and check out their EP and 7″ on their Bandcamp. They’re at work on a full length LP with tour dates to follow, so keep an eye out for those later this year.