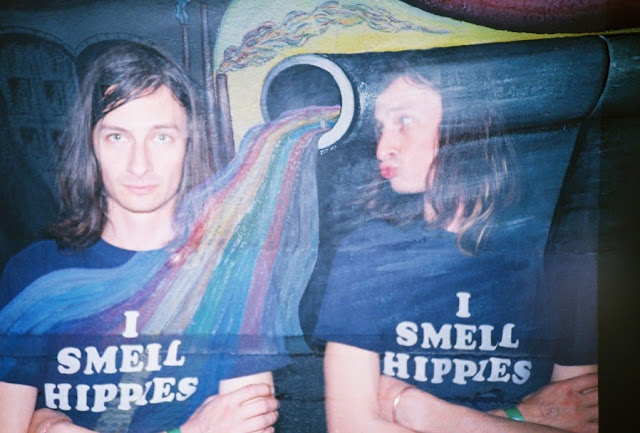 My first encounter with Thomas Hardy Morris was an odd one: It was 2010 and I was with a few friends at Cat’s Cradle in Carrboro, NC for a Dead Confederate show. To our surprise the place was completely empty, and remained that way for most of the night. Before the magnificent Mt. St. Helens Vietnam Band came on to open the show, Morris (Dead Confederate’s frontman) walked up to my friends and I to congratulate us that we were going to get a “private show” that night, although he didn’t sound particularly excited for us. Long story short, it ended up being a sick show, even if the applause between songs was pretty much just my posse making as much noise as the five of us could muster.

Dead Confederate has since released an EP and their third full-length, In The Marrow, but even more recently Morris has put out his own little gem of a solo album entitled Audition Tapes. The record dropped two days ago, but it has a satisfying immediacy that makes you feel like it’s been clanging around in your speakers for a few good years. Characterful production makes things sound as if they were recorded under 1/4″ of dust at the local general store, and it gives the record a really unique character. Every echoing pedal steel lick sounds like country velvet, while the stark electric guitars blend perfectly with Morris’ grim drawl.

Check out the title track here: