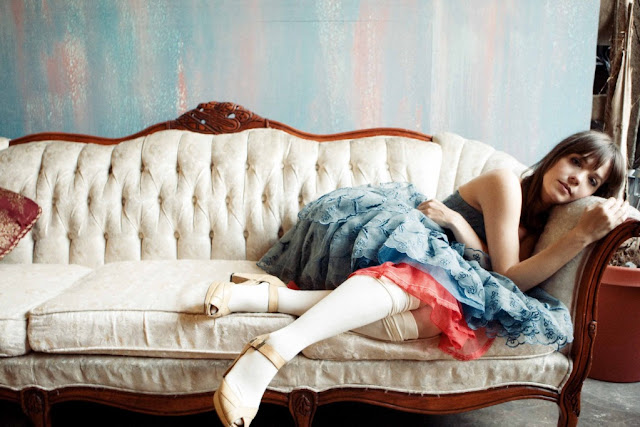 The Hotel Cafe in Los Angeles has produced numerous singer-songwriters: Joshua Radin, Cary Brothers, Rachael Yamagata — the lists goes on and on. If you’ve got something to say — if you can write a song — you will find your way, it seems. Just ask the latest Hotel Cafe sensation, the Dutch-born Laura Jansen.

Jansen’s album, Bells, has already gone platinum in her native Holland, and its first singles, a cover of Kings of Leon’s “Use Somebody,” and Jansen’s own “Single Girls,” have people in the U.S. talking. Her piano-based pop songs have stories to tell, and if you haven’t already heard them, I have a feeling you will soon.

Jansen will be performing at SXSW next week (see schedule below), and Bells arrives in the U.S. on March 22nd. We recently caught up with the talented singer-songwriter over the phone.

I have been listening to your album, and I know it’s about to make its U.S. release. How do you feel about that?

I’m so excited. I’m really proud of the record, and to have the opportunity to release it in the States — such a huge, huge country — I’m excited that we’re finally getting the shot. It’s been kind of a dream for awhile, so March 22nd can’t come fast enough! 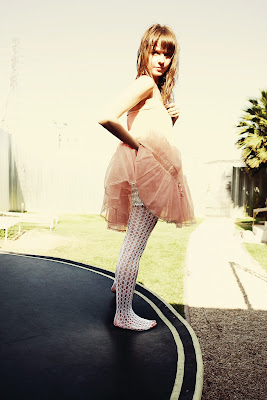 In reading a few things about you, you kind of made your way up through the scene in L.A. And I don’t know much about how long you’ve been playing there. Can you talk about that, and how you started here in the U.S.?

Sure. I moved to L.A. three years ago. I moved to the States in 2000 — I lived in Boston, Nashville, and then Los Angeles. And I moved to Los Angeles specifically because of the Hotel Cafe community, which is a community of singer-songwriters based around this really tiny bar in Hollywood, that is, I don’t know…there is just something in the water there that brings amazing people together.

So, I moved out to L.A. and spent about a year sitting in the corner of the place just watching people and listening to music, and realizing I needed to go back to the drawing board! (laughs) Finally, I got enough courage to play one show, and God that was an awful show! (laughs) But now, it’s like my family, it’s the place that I go home to, and it’s such an amazing community. What’s special about it is that the musicians there all play on each other’s records, tour together — I’m going on tour with Joshua Radin and Cary Brothers, who are the mayors of Hotel Cafe. There’s just this really collaborative spirit there that…it sounds like we’re a bunch of hippies, but we’re not! We’re actually hard-working musicians, but there happens to be a lot less competition going on between us, which is fantastic.

That sounds nice. I was kind of wondering, too — did you have any kind of community like that back home?

You know, no. And my mission, I think, at this point, is to let musicians know that it’s perfectly okay to do that over there. I think a lot of times people are working in cliques or groups, and they don’t really go out and explore and see what other scenes are available to them, musically. And if you organize a scene like that, it’s really empowering if you’re an independent artist. And most of us either still are independent artists, or have been for years and years. Yeah, I tell my friends in Holland about Hotel Cafe, and they’re really bummed that something like that doesn’t exist like that in Amsterdam.

Does it take a certain kind of patience to go through something like that, though?

Yeah, you can’t force it. You can’t force it. It’s something that happens so organically. The guys didn’t come together and say, “we’re going to start this really amazing venue with these really amazing people.” It was the right people at the right time. God, the music coming out of there right now is just so brilliant, there are so many wonderful artists that I could talk about for hours and hours.

Let’s talk about your music and your album for a bit. The first song I heard was your Kings of Leon cover, which I thought was pretty amazing. How did that come about?

How did that happen? (laughs) I was on this radio show in Holland, kind of comparable to Howard Stern, and what he has artists do is he has them play one song from their album, and one song from the charts. And they handed me the charts that morning and were like, “which song do you want to do?” And the only song that wasn’t Euro-dance, was Kings of Leon, which I am a huge fan of, and was afraid to touch. That’s an epic song! But if you strip it down, and you just play the bones of that song, it becomes a story that you can relate to universally, and that’s what makes that song so beautiful.

You know, it’s really beautiful, and it fits in your album really well.

Oh, thank you! I hope it does. I’m really glad you think that.

And your video for “Single Girls” was done well. And that’s a really strong song on the album. Where was your mind at when you were writing that?

Man, I think the best advice I ever got from anyone in the music industry was “write what you know.” And, I was writing exactly what I was doing. That was literally a week after a really bad break-up. I had to get behind the piano, and I couldn’t figure out the break-up, and I couldn’t figure out why everything happened. But what I could do was write down lists of everything I was doing to help myself.

It’s so funny, because it’s such a simple little song, but what I learned a few months later, almost everything I had done that week, every other human being — and not just women, I think men do it, too — we’re all trying to pick up the pieces. That’s just a list of my pieces. My brain was right where the song is saying it was. It was right there — that got me through another week, that song.