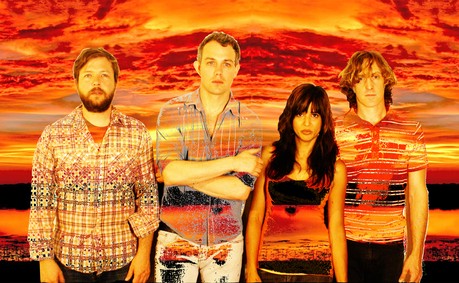 Raleigh NC’s Birds of Avalon have spent the better part of the past three years on the road with the likes of The Racontuers, The Flaming Lips, Black Mountain, The Fucking Champs, Mudhoney,and Ted Leo. And judging from a few first-hand accounts, they have one of the best live rock shows going.

The band will re-emerge from studio-land in January 2011, rejuvenated on Portland’s Bladen County Records, with the overdue release of an album completed in early 2009. The forthcoming self-titled release builds on the pop-aesthetic of previous LPs, but blazes new progressive trails by dabbling in psychedelic experimentation.

Prepare yourself by being the first on the block to have “Invasion” on your Discman below.