Perhaps writing this is all therapy for me, I really don’t know.

Enjoying music in 2018 — specifically new music — has become a challenge. Your “best albums” list is going to be different from mine, I get all that: different strokes for different folks, blah blah blah. But I constantly feel marketed to, feel pressured to have the “best new thing” make me feel something, anything.

The truth is that many new, hip artists — indie or pop — don’t make me feel a damn thing. I was going to name names, but I’ve never done that, and I’m not going to start now. If you’re reading this, you probably know what I mean. Hop on Twitter or Spotify and the force feeding is everywhere, almost to the point now where I’m too mentally exhausted to even press play. That might sound dramatic, but dammit if it isn’t true. Get off my lawn.

And I’m done with describing anything as a “guilty pleasure.” I decided that after I attended Taylor Swift’s “1989” tour in St. Louis three years ago. Going in, she had already won me over with her performance of “All Too Well” at the Grammy’s; something about that performance stripped away any preconceived notions I had about Swift. She looked incredibly vulnerable to me on that night, completely uninterested in putting on a show (okay, okay minus all the hair flipping and such). “So causally cruel in the name of being honest.”I was sold.

Still, though, I explained to my friends that I was going to her show because her music was one of my guilty pleasures. I had no other way of rationalizing it to myself or anyone else, which is pretty much the most cowardly way of saying that a piece of art moves you. What I should have done is passed on this YouTube link and let the music speak for itself. But I didn’t do that, mainly because I was still concerned with wanting to look cool. In my mind there was a reputation that didn’t want to be associated with an artist like Swift.

Look, I’m a sucker for sad songs. But I also learned after seeing Swift perform live that I’m also still very much a sucker for pop music, and it doesn’t pain me to write that. That isn’t to say that I love everything Swift has ever recorded. Come on, now. Neil Young and Bob Dylan are my favorite artists, and I can list a number of songs that I think are terrible. That’s just art.

Swift’s new album, Reputation, feels like a mixed bag to me. I don’t doubt the sincerity of it, or why she might think it’s her best album, but my gut feeling is that it’s an uneven piece of work, searching for an identity — an identity that’s been stolen from her.

And maybe that’s the point of the album.

But seeing Swift perform these songs live tells a different story. I know what I saw, and it was not the look of a damaged performer. She came out fighting and fierce during the opening “…Ready For It?” and “I Did Something Bad,” as confident of a performer as I’ve seen in some time — much like the Brandi Carlile we saw in St. Louis a couple months ago. Artists so sure of their work that it’s impossible to not leave feeling uplifted in some way.

Swift performed much of the material from Reputation with a look in her eye as to say, “you know, I don’t give a shit what you think.” And if she does indeed care what we think, she’s a hell of an actress.

Swift performed her two biggest songs, “Shake It Off” and “Blank Space,” on two different side stages, away from her main stage that spanned over 100 feet. If that isn’t telling, then I don’t know what is. It’s clear to me that she’s slowly leaving the glitz and glamour of 1989 behind, opting not to perform “Welcome To New York” or “Out Of The Woods,” instead finding time for a solo acoustic “Hey Stephen” from her second album, Fearless.

Her delivery of “Dress” from Reputation reminded that she’s 28 now, not 16. Look up the lyrics and you’ll know what I’m getting at. Later, she sat alone at a piano and sang “New Year’s Day,” a song that is essentially about waking up from a night of drinking, cleaning up bottles from the night before. The old Taylor? She ain’t picking up that phone.

And that’s okay. Swift remains a hell of a talent, stolen identity or not. She’s moving on, and if you can’t find that beautiful, then we can agree to disagree.

Big reputation? That’s all in the past, and it means nothing now. 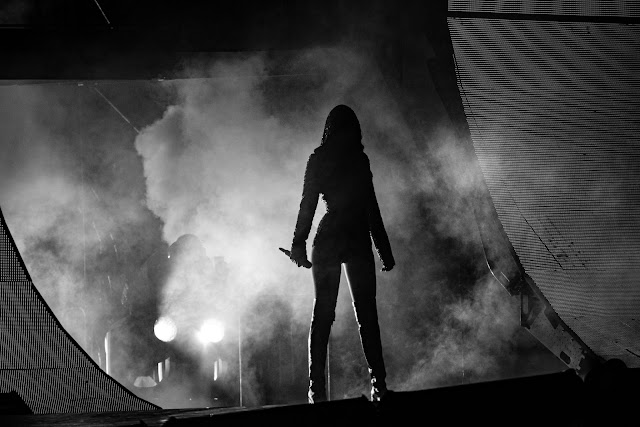 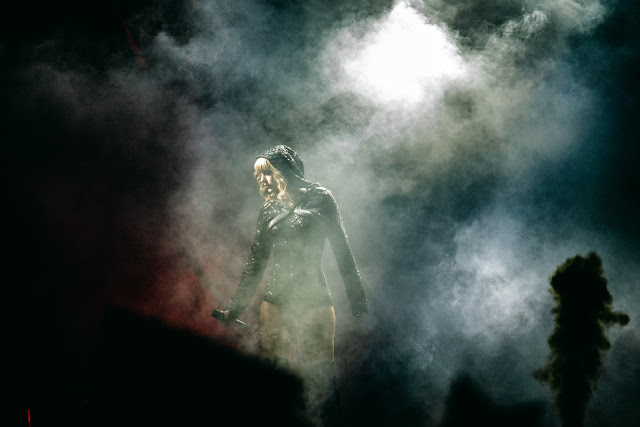 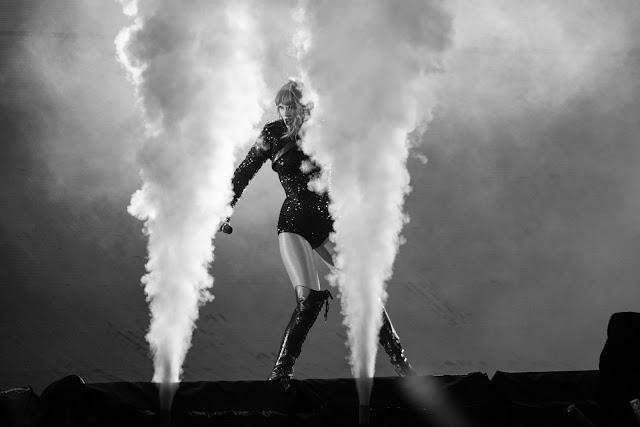 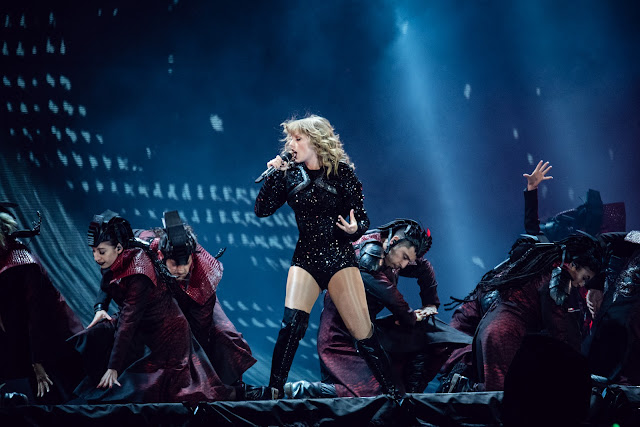 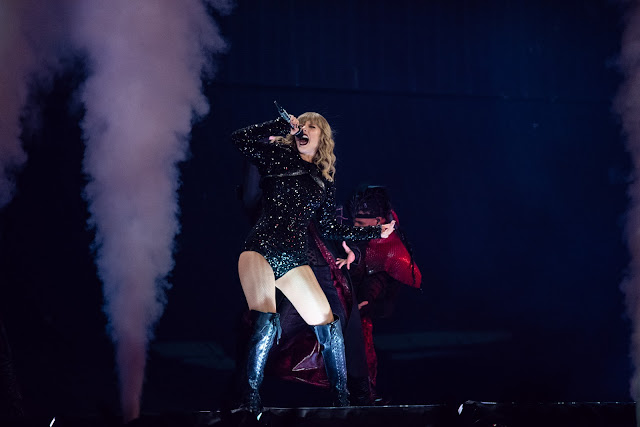 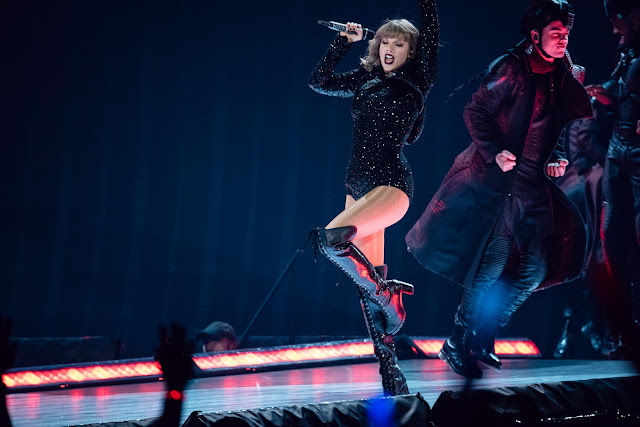 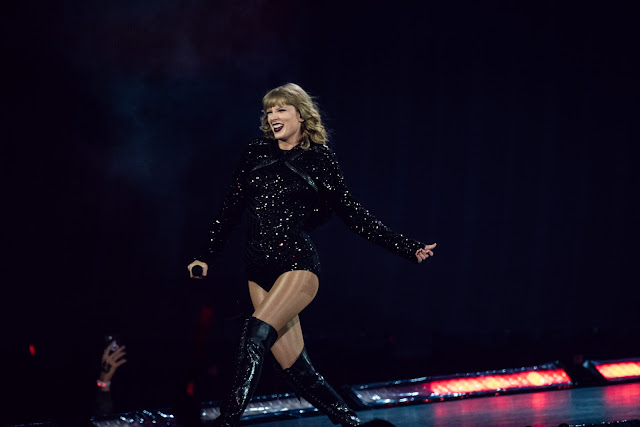 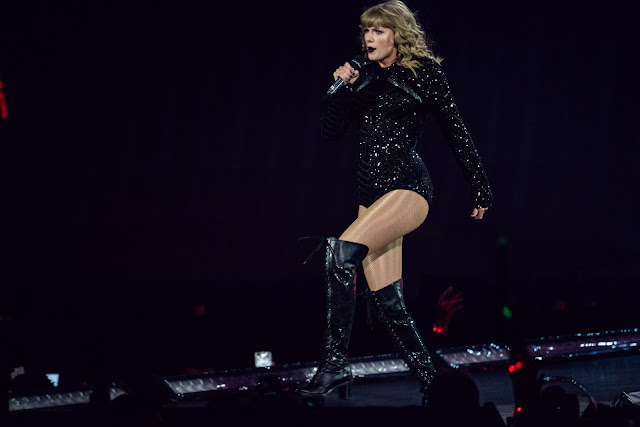 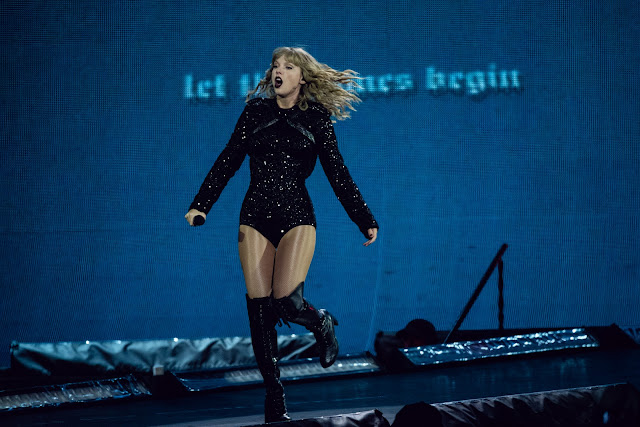 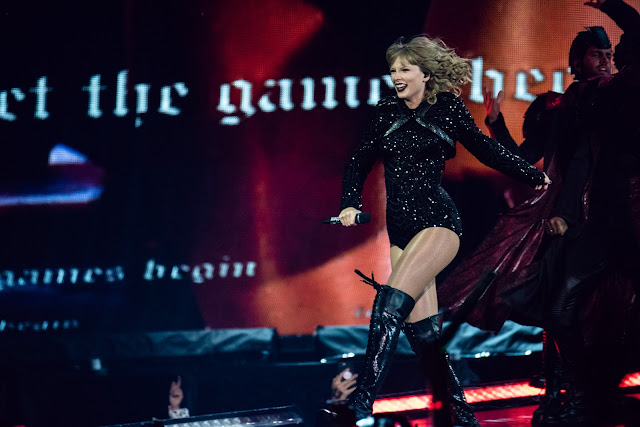 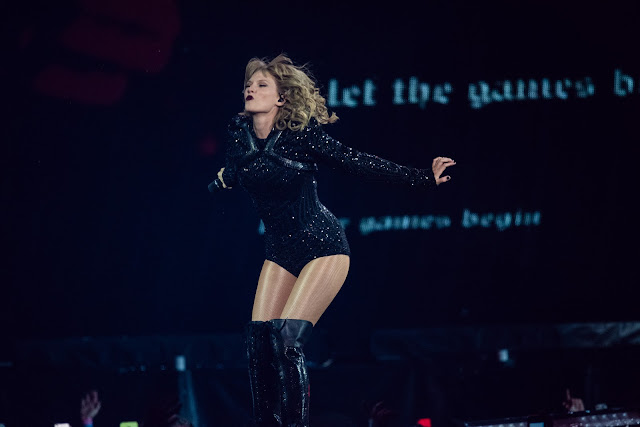 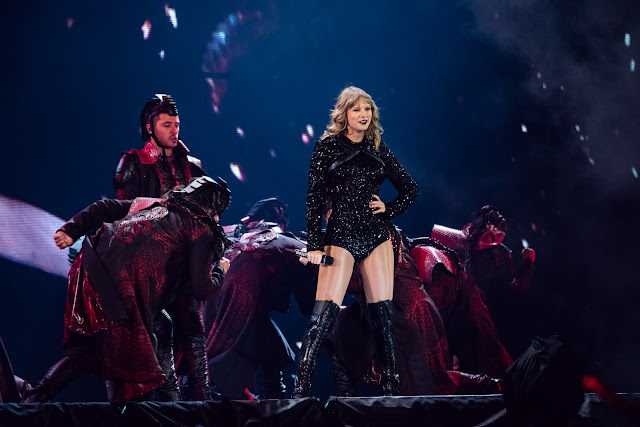 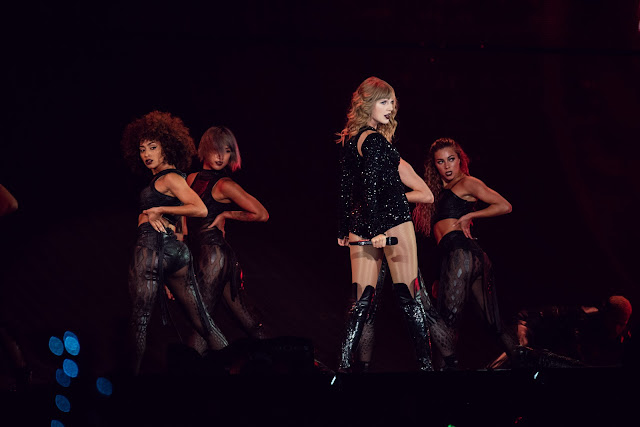 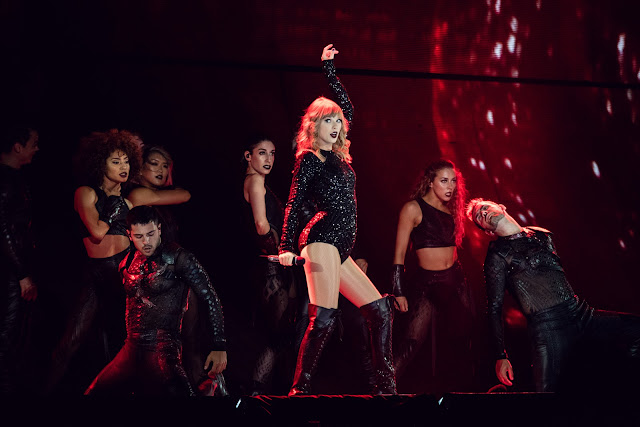 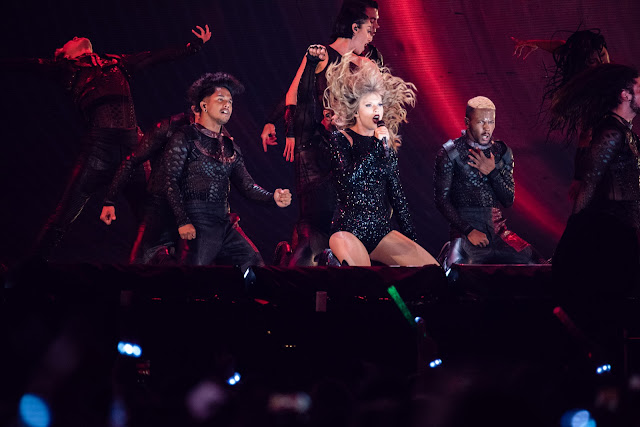 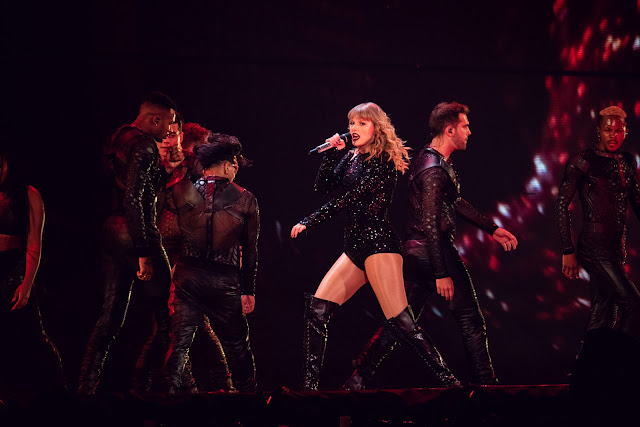 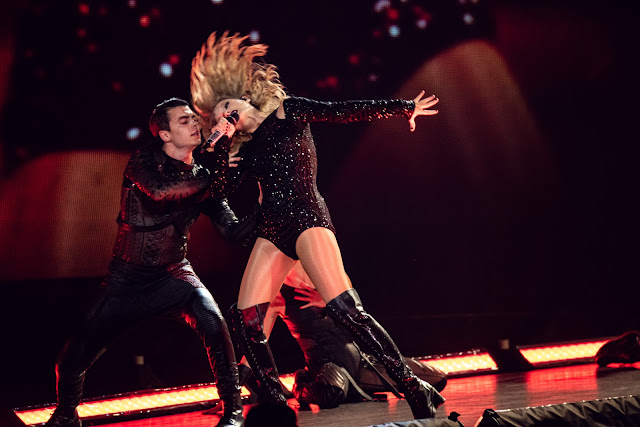 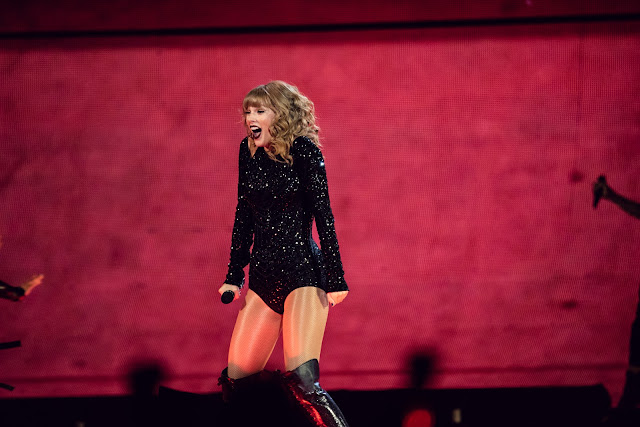 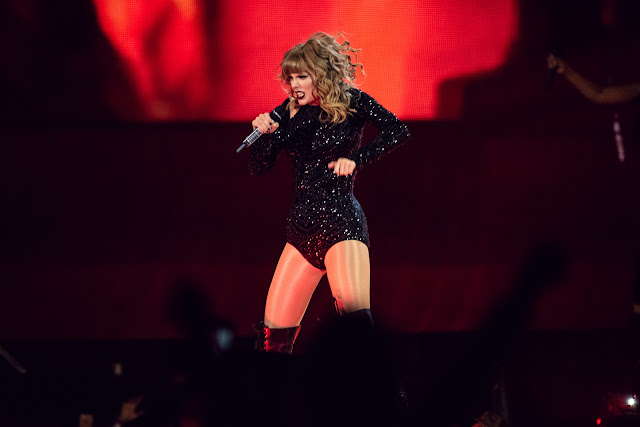 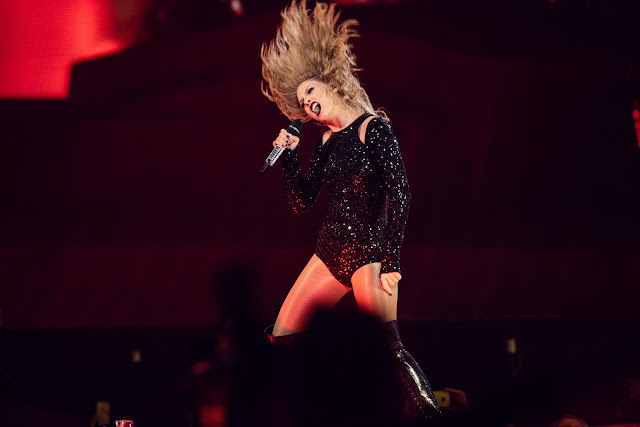 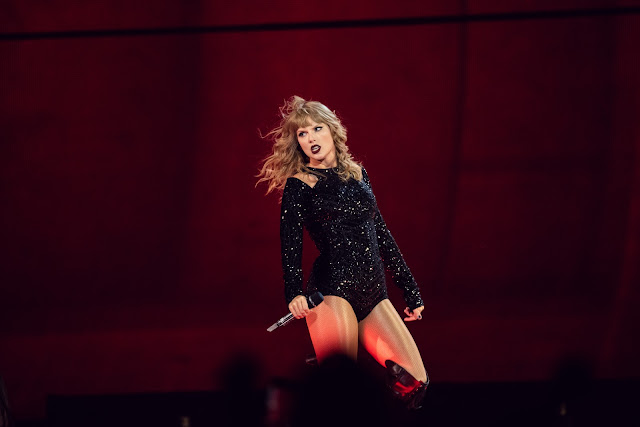 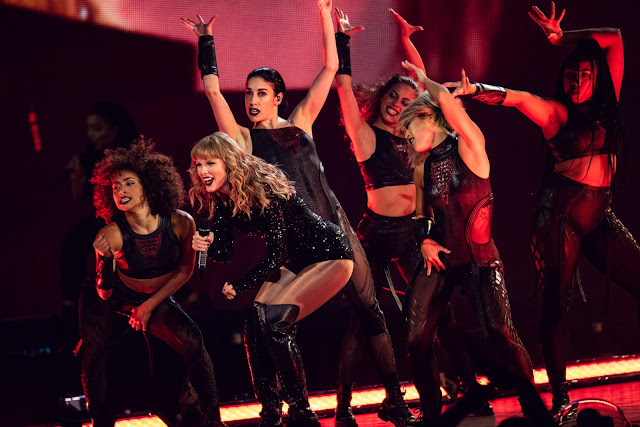 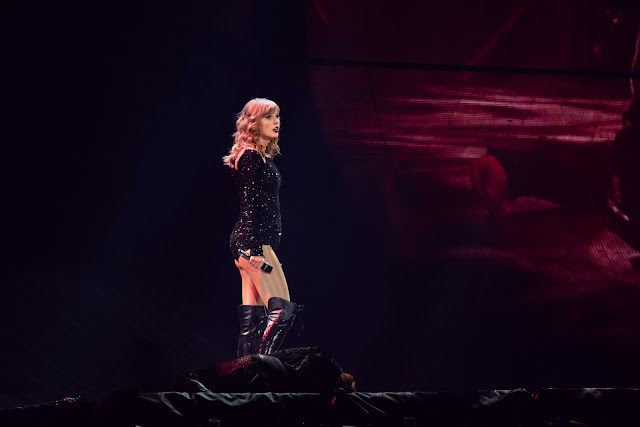 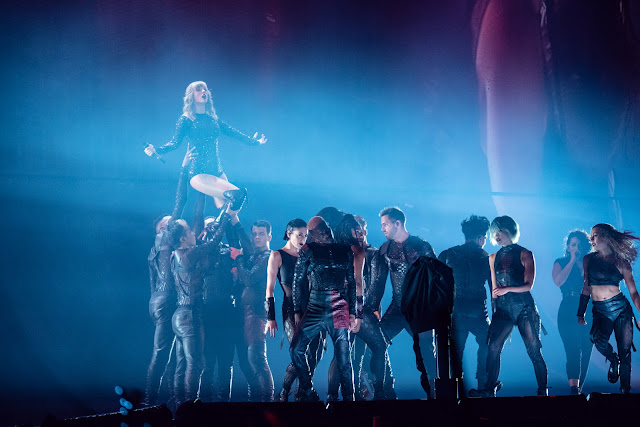 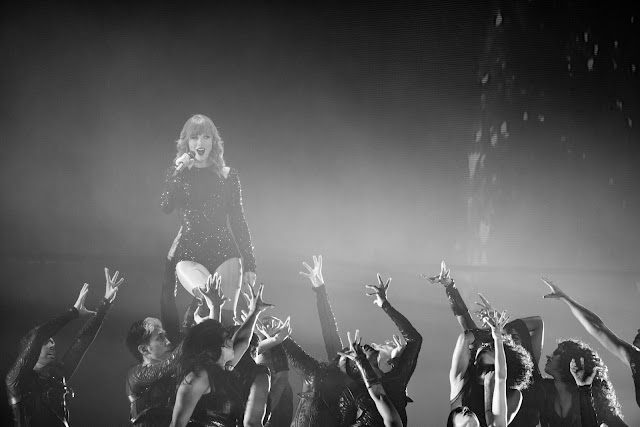 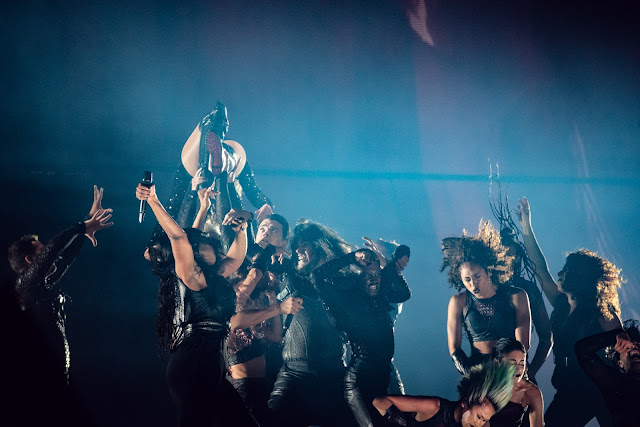 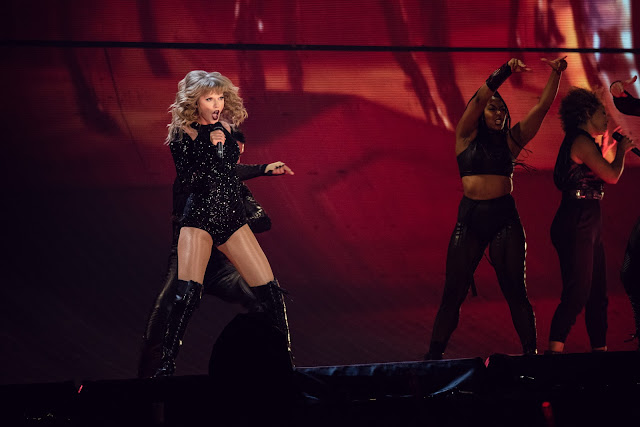 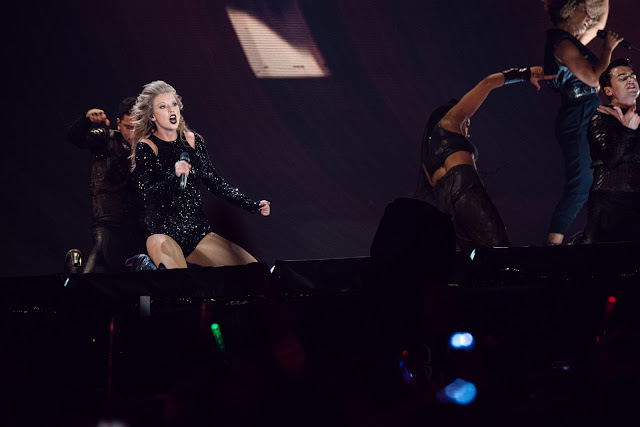 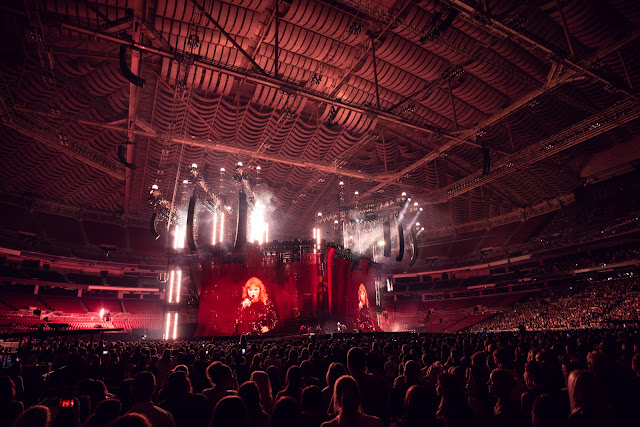