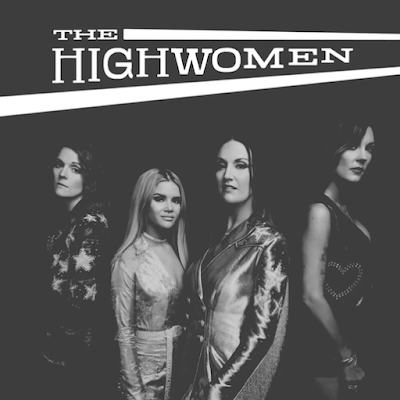 Eight years ago, I met Amanda Shires in St. Louis. She had just finished her set as the opening act for a local band, performing for a whopping seven people; one of those seven spilled his entire whiskey drink down the front of his shirt during the second song. Don’t ask me how I remember these things, but I do.

Shires had just released Carrying Lightning, an album I immediately adored because of its lyrics, especially on “Swimmer,” a song she would later re-record for last year’s To The Sunset. I had found her music randomly a few days earlier via Twitter, and after her set, I talked with her over a few slices of cold pizza. She offered her album to me for free, but I insisted that I pay. “Keep going,” I told her that night.

So when I saw her on Jimmy Fallon a few weeks ago, performing “Redesigning Women” with her new bandmates — Brandi Carlile, Maren Morris, and Natalie Hemby, I couldn’t help but think of that night in St. Louis. I knew she was a gifted songwriter — you don’t write the song “When You Need A Train It Never Comes” from a stroke of luck — but still: my first memory was seven people and cold pizza.

And now, the stakes are high, and for good reason: The Highwomen appear to have stoked a fire with their debut, self-titled album. The songs are there — “Highwomen” is perfect and political through storytelling, “If She Ever Leaves Me” is lovely and light (“that’s too much cologne / she likes perfume”), sung beautifully by Carlile, and its best song, “Crowded Table,” feels like an anthem.

The star power, too, is there: Carlile is at the top of her game, winning three Grammy awards (and should have won the Grammy for Album of the Year for By the Way, I Forgive You); Shires, as I have mentioned, is an incredible writer (more evidence is here if you need it); Morris’ song “GIRL” reached #1 on the country charts; and Hemby has written numerous #1 songs for a variety of artists.

Together, as The Highwomen, their talents converge to bring us a hell of a debut, but also — and probably more importantly — more light to female artists. And if I can be so blunt, it’s women who have released some of the best albums in the past few years. You could argue the needle has already started to move — three of the last four Album of the Year Grammy awards have gone to female artists — but more work, or redesigning, must be done. Moreover, this isn’t some super group who has set out to bash their male peers. These are four talented women who acted on an idea, and have made it clear that all are welcome for the ride.

In recent interviews, Carlile has referred to The Highwomen as a “movement,” and while I don’t blame her for seeing it that way, the truth is, it’s up to you and me to cement its legacy as such. That crowded table they’re longing for only happens when we all join in.