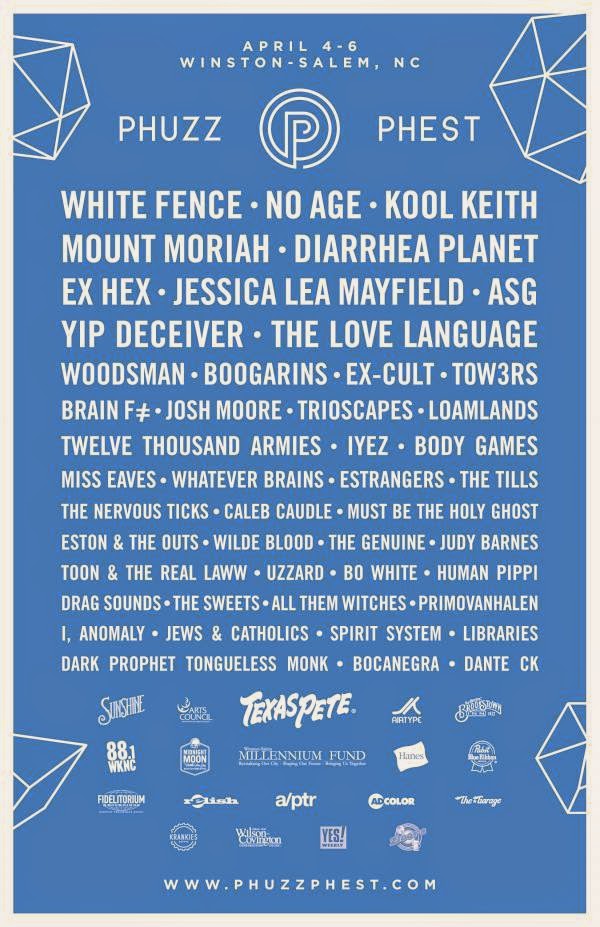 The city that I only ever knew for having an associated brand of cigarettes, is actually a wicked groovy place! Lots of friendly people, tasty grub (chicken satay baja taco hell ya,) and most importantly, great music. Phuzzphest was replete with talented artists last year, but Phillip Pledger and crew managed to outdo themselves with this year’s Phestivities. On top of the most diverse line-up yet, there was also a coffee conference, day parties, and even a bicycle race.

Things got going on Friday night and went straight through late Sunday evening, so there was definitely no shortage of things to see. These were my four favorite sets (in no particular order):

In a perfect world Dark Prophet Tongueless Monk would open every festival I attend. Winston-Salem’s Jacob Leonard helms the project, joined by a drummer and two guys who manipulate ink on an overhead projector, which is exactly as awesome as it sounds. Onstage Leonard was surrounded by equipment, making heavy use of vocal effects and looping to construct an impressive wall of noise given that it was only two people making it. The layers of synthesizer and spacey guitar loops complimented Leonard’s pitch-shifted vocals extremely well, blurring the line between man and machine. Acid flashback-esque visuals from the projector not only added a psychedelic visual element to the performance, but made the show flow more smoothly and kept things interesting between songs. It was all a bit like what I imagine an early Pink Floyd show was like, and I couldn’t have enjoyed it more. 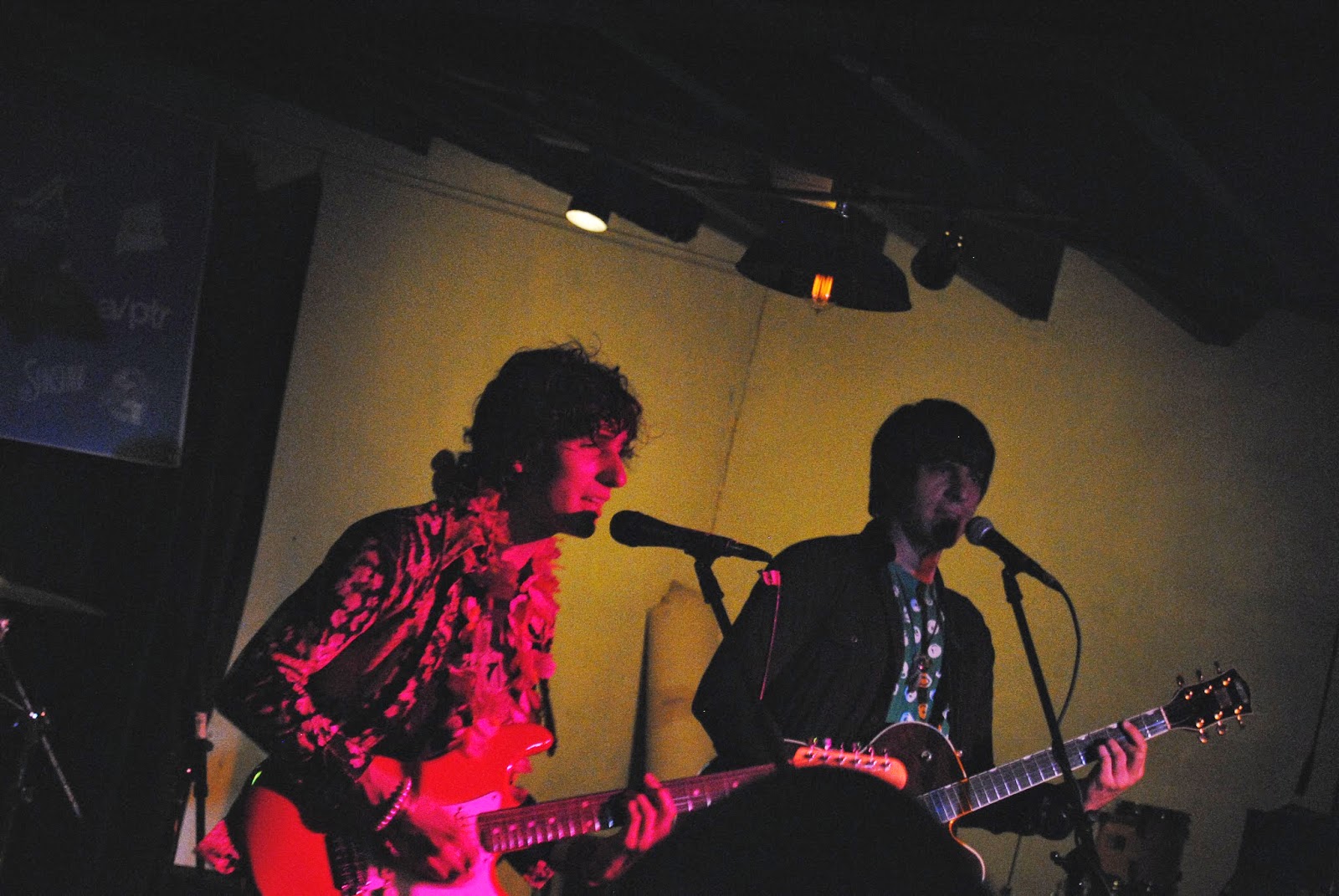 Representing my current home of Asheville, NC, The Tills tore up Krankies Coffee Friday night with a set of raucous psych-pop ditties. The punkish snarl of frontman Harry Harrison was dressed up with multipart vocal harmonies and sparkly arpeggios. Every song was catchy as hell and had the sizable Krankies crowd boping along like tipsy zombies. I have to commend the drummer for his ridiculously tight playing whilst singing clear and expressively, not an easy feat. The diversity and unexpected song shifts made for a consistently entertaining performance, but sadly I missed the last five minutes of their set due to a message for me at the taco truck.. 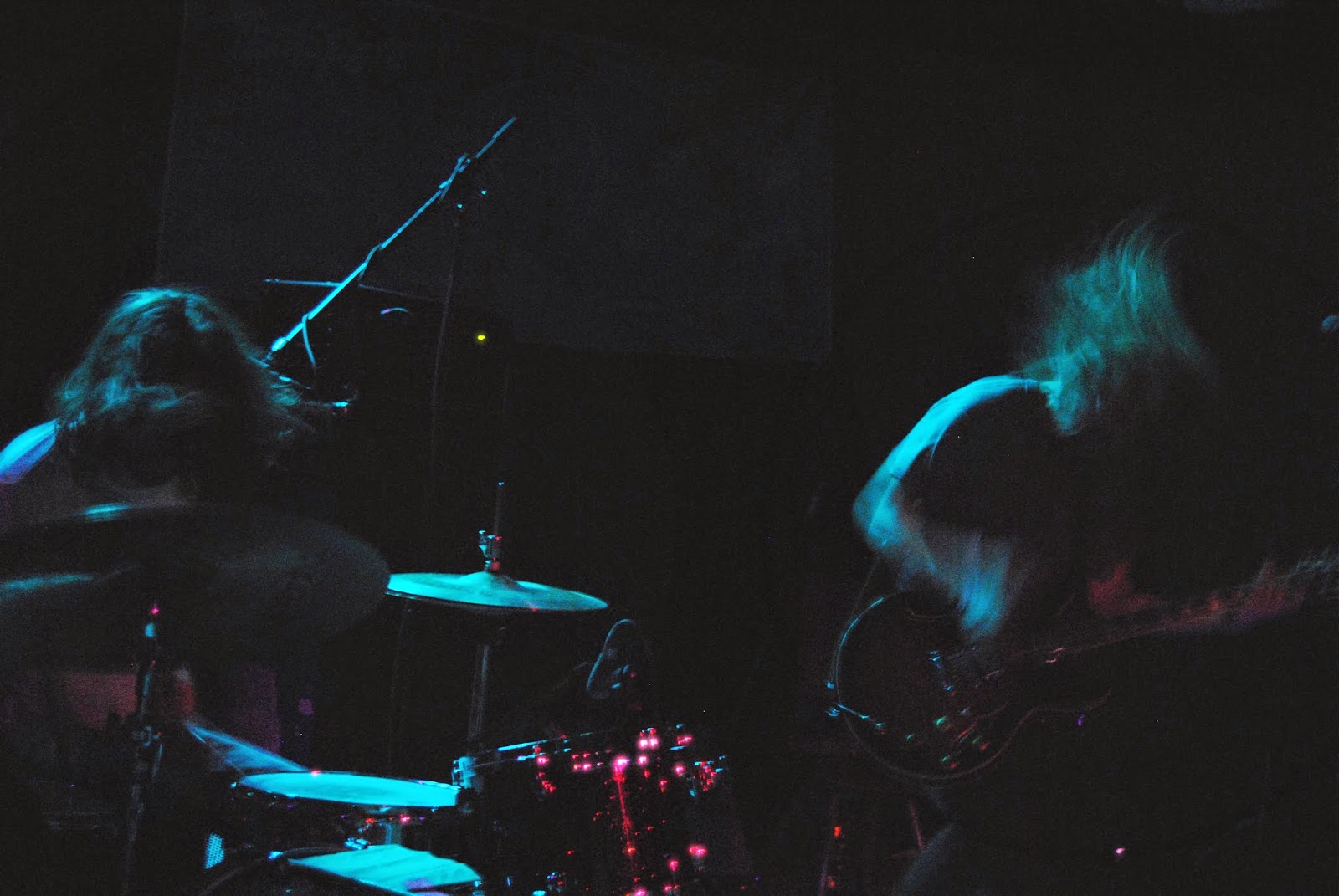 It’s hard to imagine a better band to headline a festival named after fuzz than No Age. Noisy, fast, and utterly irresistible, the crowd was spurred to life within seconds of music starting. In fact, it quickly became impossible not to get sucked into one of the mini-moshpits that formed at the front of the stage. The breakneck tempos and steady hand of drummer Dean Spunt made this set one of the most danceable of the weekend, while guitarist Randy Randall’s textural playing created the lush atmosphere on top. The sonic assault that is No Age  is not for the lighthearted, but if you can stand the decibels you’re in for a treat. 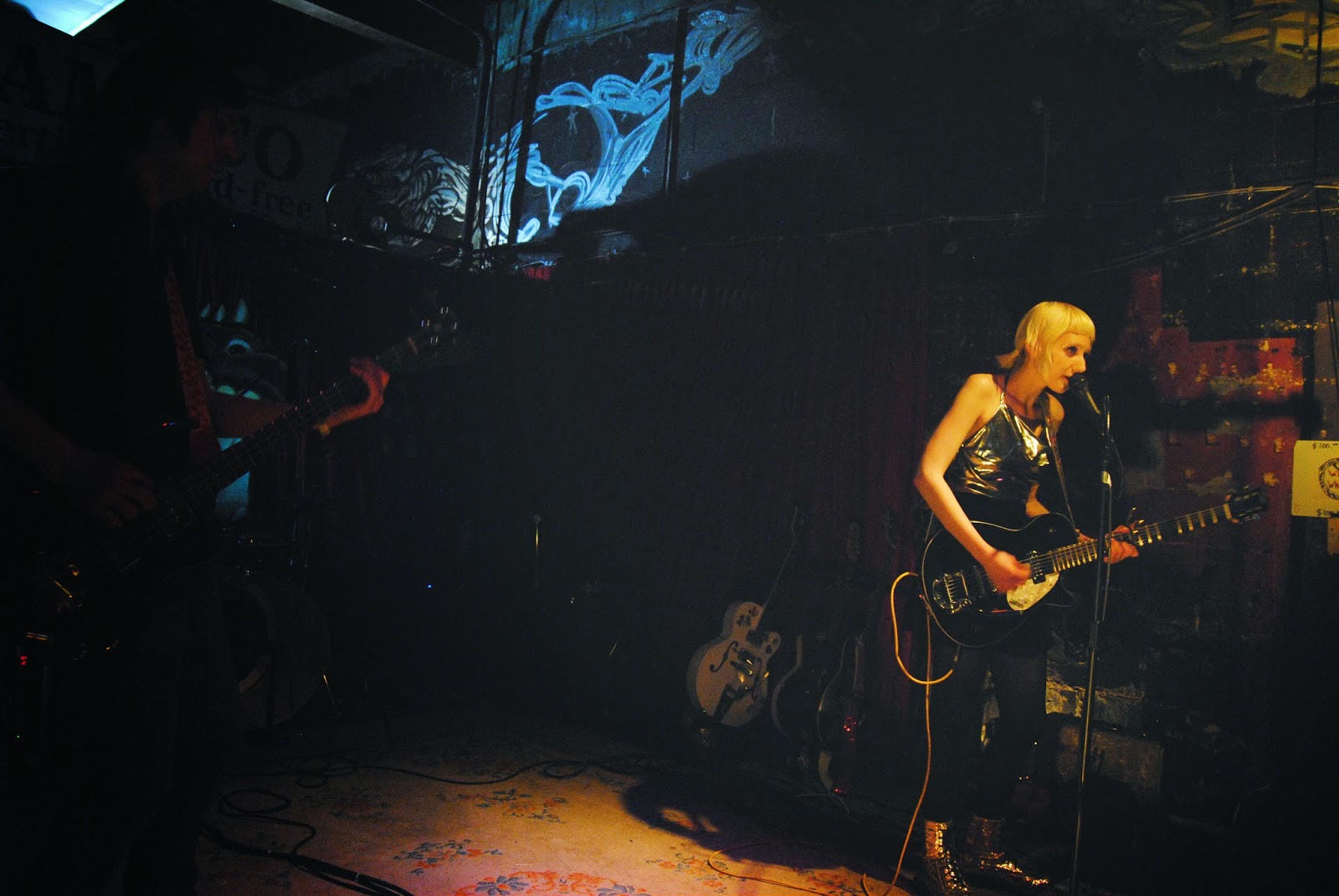 I had high expectations for Jessica Lea Mayfield’s performance at The Garage Saturday night, and was not disappointed in the slightest. Aided by her husband on bass and a competent back up drummer, Mrs. Mayfield played tunes from 2011’s Tell Me and a couple new tracks, including “Oblivious.” The Ohio born chanteuse wielded a sparkly pink twelve string electric guitar to pound out out the jangley accompaniment to her lovesick (or is it sick of love?) songs. The sparse accompaniment accentuated the catharsis of Mayfield’s few solos, but she didn’t need flashy guitar work with a voice like hers. Thoroughly amazing performance.

Can’t wait until next year, Phuzzphest!