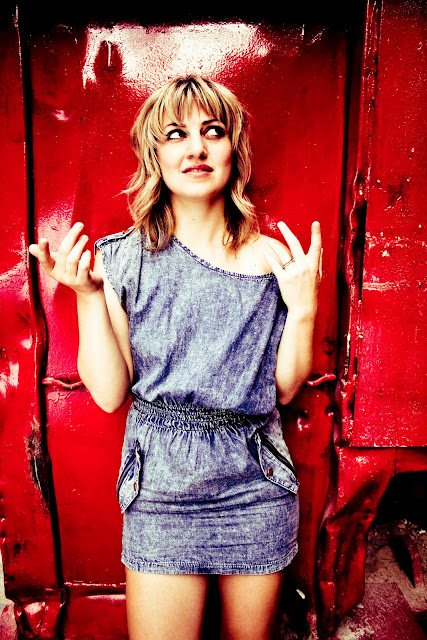 Anaïs Mitchell’s “Coming Down” got us pretty good a couple months ago (like, flood of tears good). Such a simple song, but does it get more emotional? You tell us.

You can find “Coming Down” on Mitchell’s 2012 release, Young Man In America. We’re lucky that Mitchell recently took part in our 10 to Spin series, where she gave us a playlist for the current times. Here it is, in her own words. Thanks, Anaïs.

With the election comin’ up, I thought it could be cool to make a playlist of really good political songs. Not always easy listening but if you wanna work up a righteous sweat, here ya go:

James McMurtry ~ We Can’t Make It Here
(mcmurtry is one of my fave songwriters; he writes like a short-story writer. this song is so awesome with the crazy wordless tribal-sounding singing at the end.)

Sting ~ Russians
(i used to sing this song w/ my 80s cover band. it’s just heartbreaking and hits the nail on the head.)

Paul Brady ~ Arthur McBride
(i don’t know if this is a political song but it’s about a couple kids kicking the s*** out of some army recruiters. so i guess it’s kind of anti-war. paul brady’s traditional singing is my favorite in the world.)

Gotye ~ Eyes Wide Open
(i heard this song a dozen times before i realized what a great message it has. i like that it indicts us, our culture, not ‘the system’. )

Tupac ~ Changes
(my high school boyfriend put this on a mix for me in the nineties, i hadn’t heard a lot of hip hop, it pretty much blew my mind.)

Billy Bragg ~ There is Power in a Union
(i had a hard time choosing a billy bragg song, but knew he had to be represented here. the melody of this is one is so epic and great.)

Ani Difranco ~ To the Teeth
(not a lot of people take on gun control head-on like this.)

Bruce Springsteen ~ American Skin (41 shots)
(about the diallo shooting in ’99.)

Bob Dylan ~ Only a Pawn in Their Game
(it’s too easy but i had to include this… this era of dylan is so unbeatable for political songs.)