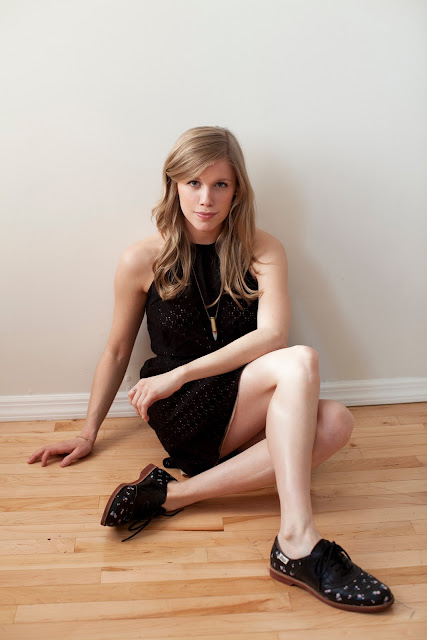 Tonight, singer-songwriter Grace Weber will be performing at Off Broadway in Saint Louis (8 PM), singing songs off her latest release, Hope & Heart. The 23-year-old has already appeared on the likes of Oprah and The Today Show, and Billboard called her an “artist to watch.” Let’s take a few minutes to watch the video for the catchy and bouncy “Everything to Me.”

That’s right, Saint Louis. From Oprah to Off Broadway. Tonight’s your introduction, so don’t miss it.

We were lucky to have Grace recently take part in our 10 to Spin series, where she titled her playlist:
“Songs that I sing inappropriately loud in public.“

Allen Stone is one of my favorite new up-and-coming singers. He’s just so soulful. When he hits that note at around 4:04 (I’m referencing the YouTube clip of him in his Mother’s living room) I freak out every time. It’s ridiculous. And it’s also the part of the song that I sing on the Subway way too loud. And people look at me funny.

2 Ray Charles – Georgia On My Mind

This is my sound check song when I’m checking the mic. I love singing it A capella, really slow, and doing a bunch of obnoxious vocal runs over the melody just for fun. I don’t really get a chance to sing weird vocal lines during our set, so I use this song to get it all out of my system on the sound check.

For some reason I always sing this during down time when I’m in the vocal booth. Either for a warm up or in between takes. I really don’t know why this always pops into my head when I’m in the booth, but if we could dig up random vocal takes from my last album you’d find this song sprinkled in between the takes.

4 Charles Bradley – Why Is It So Hard

Charles Bradley may be the most soulful man alive. He was a James Brown impersonator for most of his life and it wasn’t until he got into his 60’s that his own solo career began and took off. You can almost touch the pain in his voice when he sings, it just grabs your heart and shakes it until you can’t help but shout out the praises. He is the real deal. If my description hasn’t convinced you enough, he is apparently commonly referred to as “The Screaming Eagle of Soul,” so there you go.

Beyonce will always be one of my favorite singers. She can sing on an upbeat To 40 pop song and still make you feel something. The intro to “Countdown,” where she sings the “oooo” part into “killing me softly and I’m still falling,” has become my new favorite warm up. It goes up the major scale, and it’s just a fun way to get your voice moving. You can definitely find me singing this walking down the street to a gig.

I’ve heard people tell me this song has become a “Wedding Song,” which means, you can’t cover it anymore. The thing is though, the melody and entire vibe of this song is just too good to not want to sing and play it. So, I don’t care if it’s a Wedding Song or a Cruise Ship song or whatever, it’s Stevie, and I’m still gonna sing it out.

8 Adele – Set Fire to the Rain

Oh, Adele. She not only single handedly saved the music industry this year, she is also one of the best new songwriters, best new singers, and I think one of coolest and realest new artists of our generation. If you like to sing, you’ve probably sang at least one song off of “21” out loud in the past day or two. I think “Someone Like You” might be one of the most covered songs on YouTube. Fire to the Rain is one of my favorite tracks off of ’21’ and is one you’ll hear me singing in the shower.

Like Adele, Kimbra is a singer’s singer. I’ve gotten so many Facebook posts about Kimbra from my other singer friends this year, telling me to check her out and how her voice will blow my mind. Her version of “Plain Gold Ring” has been posted on my wall at least 5 times, and I listen to it as much as I can. She’s an inspiring singer because she’s not afraid to use her voice like an instrument. She’s also not afraid to get a little jazzy with it and it’s refreshing. She sings will all her heart and soul while still maintaining a fresh, hip new vibe. I’m a big fan of Kimbra.

This is my new favorite folky song to sing along to. I just covered this song at a show I did in Minneapolis with my two cousins singing harmonies with me, and it was such a fun song to sing tight harmonies on. Fleet Foxes really know how to layer and add vocal harmonies in their music, and it just makes it so fun to sing their songs with other people. I’m hoping to get a video up of this one from the live show…stay tuned.