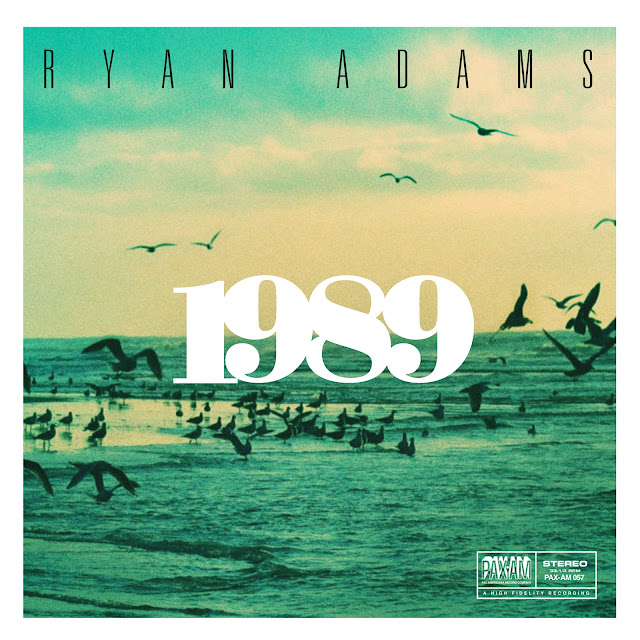 Tossing, turning, struggled through the night with someone new
And I could go on and on, on and on
Lantern burning, flickering in my mind for only you
But you are still gone, gone

I was a hater. Not of Ryan Adams, but of Taylor Swift — and I was the worst kind: I hated without even really listening. Isn’t that the worst, when someone offers criticism based on assumptions? It’s like holding a grudge only because of your worst fears: that the talk is actually true.

The talk around Taylor Swift has almost always been overwhelmingly positive, and for good reason. Before there was 1989, there were songs like “State of Grace” and “All Too Well,” the latter which Swift performed at the 2014 Grammys, a performance that immediately and completely shifted my uninformed opinion of her music.

And now we have Ryan Adams, an elite songwriter, who not only decided to cover Swift’s mega-pop album, 1989, but also actually release it earlier this morning. It’s fabulous. He has turned “This Love,” a song that was already an aching wound, into a weeping hemorrhage. When Adams repeats the line, “when you’re young, you run,” I think of every love I’ve left behind; I think of irreplaceable loss — the kind that vanishes without warning.

1989 ends with “Clean,” a moment of assumed hope. But again, it’s just a facade: “10 months sober, I must admit,” Adams sings. “Just because you’re clean don’t mean you don’t miss it.” It echoes lyrics from “All You Had To Do Was Stay” and “I Wish You Would” — that we’re still always wishing you were here. It’s easy to miss these sentiments on Swift’s 1989. With Adams’ version, they are impossible to ignore.