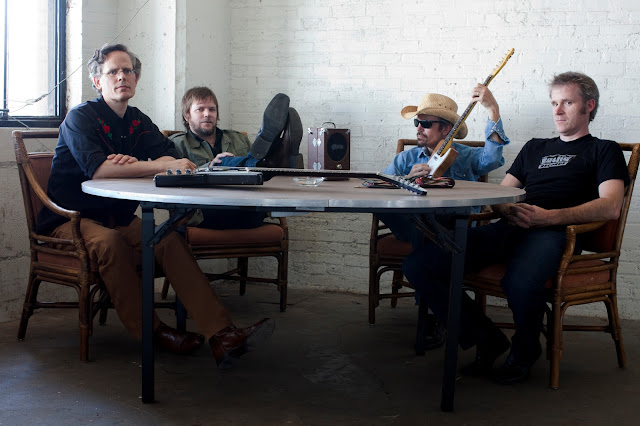 On Saturday at The Pageant, Schlafly will celebrate its 21st birthday with local bands The Bottle Rockets, Bunnygrunt, and Old Lights. The show is free, although you’ll need a ticket to enter. And, sorry, but all tickets have now sold out.

All three bands are worth the trip down to The Pageant, but for this post, we’re focusing on The Bottle Rockets. They’re more of a regional/national band than a local one, and they feature songwriter/guitarist Brian Henneman, who has written many fine songs, ten of which I’m about to tell you about.

“She ripped through this heart of mine, like a weed eater with brand new line.” One of my favorite opening lines in a song. Of. All. Time.

“I wanted more than you would give/ Maybe you were afraid to live/ With someone who loved you.” It’s got that Neil Young & Crazy Horse feel, which will win me over every time.

From Brand New Year, an album that apparently none of my friends have heard. But when I play them this, they always want more.

“We’ll dust that puppy with one small blast of my radar gun.” He’s makin’ money and he’s havin’ fun.

“I’ll puke if this jukebox plays John Cougar one more time.” The Bottle Rockets, stuck at a Firestone with a fuel pump that’s deceased. Only Henneman could write this one.
4. “Welfare Music”

“Takes two to make three, but one ain’t here/ Still chasin’ women and drinkin’ beer.” Whenever they play this, people sing. That’s just how it goes at a Bottle Rockets show.

“Thousand dollar car, it ain’t worth shit/ Might as well take your thousand dollars, and set fire to it.” Truer words have never been spoken — listen to this man!

“Looks like the Gulf of Mexico down by the Texaco.” If you live here in St. Louis, I’m guessing you’ve heard this song once or twice.
1. “Gravity Fails”

“Stumblin’ over words again and finished before I even begin.” Still sounds fresh, and it still rocks.