My first time in Burgettstown, Pennsylvania, and that’s what I’ll remember most.

Farm Aid was back for its 32nd year. I thought of that many times over the day: 32 years. Thirty-two. Wherever you walked inside KeyBank Pavillion, you met a person wearing these bright red shirts. More than likely, you met a group of people wearing them. They were everywhere, and their message was clear: Stop.

Unfortunately, Farm Aid and its supporters, out of necessity, still have to communicate this message. The board of directors — Willie Nelson, Neil Young, John Mellencamp, and, now, Dave Matthews — started in 1985, when the first benefit concert was held in Champaign, Illinois. That lineup also featured Bob Dylan, Billy Joel, Tom Petty, Joni Mitchell, John Denver, Emmylou Harris, and so many more big names.

The question is: if they stop now, what happens?

The reality is Nelson, Young, and Mellencamp are not getting any younger. What happens when they’re not around or not able to perform? My gut tells me they’ll duke it out until they’re physically unable.

Nelson showed the most age throughout the day — he’s 84 — but by no means did he mail anything in. He was present, his smile still bright, blessing the stage before the music began. He would later join Sheryl Crow with his son, Lukas, to deliver a staggering performance of The Allman Brothers’ “Midnight Rider.”

Mellencamp performed mostly hits, but when you have so many timeless songs, you give the crowd what they want — especially at Farm Aid. “Jack and Diane” was performed acoustic with the crowd singing the chorus, “Oh yeah, life goes on…” He would close his set with “Pink Houses,” a song I remember growing up with. It reminded me of my family, of Christmas Day unwrapping gifts that were cassette tapes. It was a beautiful thing to hear Mellencamp play those songs, but, man, part of me wondered: how many more years will receive this kind of gift?

Young, 71, who had not performed a show in almost a year, stormed out of the gates with “Fuckin’ Up,” a song he wrote 27 years ago. He jammed with his band, Promise of the Real, which featured two Nelsons — Lukas and Micah. They delivered a slow-burning “Cortez the Killer” from Zuma, “Cinnamon Girl” from Everybody Knows This is Nowhere, “Heart of Gold” from Harvest, “Like a Hurricane” from American Stars n Bars, “Comes a Time” and “Human Highway” from Comes a Time, and a cathartic “Rockin’ in the Free World” from Freedom. Young never stopped moving throughout the 45-minute set. He looked healthy and energized, thrashing his guitar, “Old Black,” delivering sounds and echoes across the pavilion.

“There’s a warning sign on the road ahead,” Young sang. “There’s a lot of people saying we’d be better off dead.”

What comes next is anyone’s guess.

But I’ll take the lesson of Farm Aid 2017: to keep living in the moment, because, after all, that is all we have.

That is really all we have. 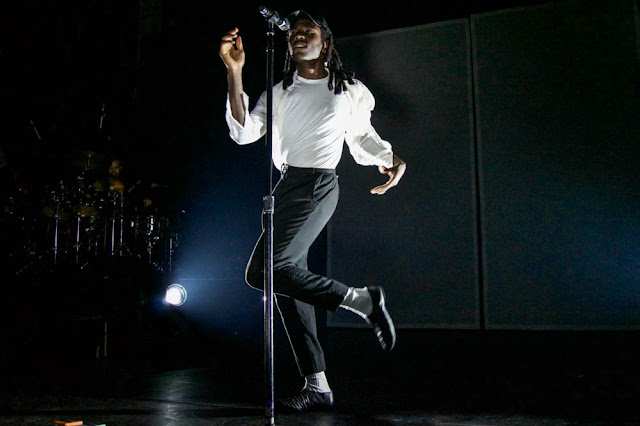 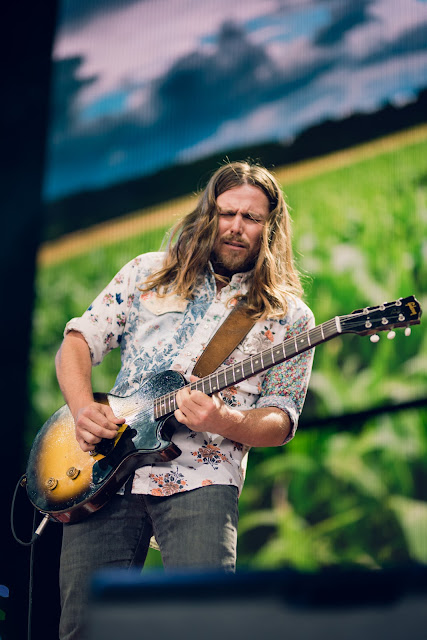 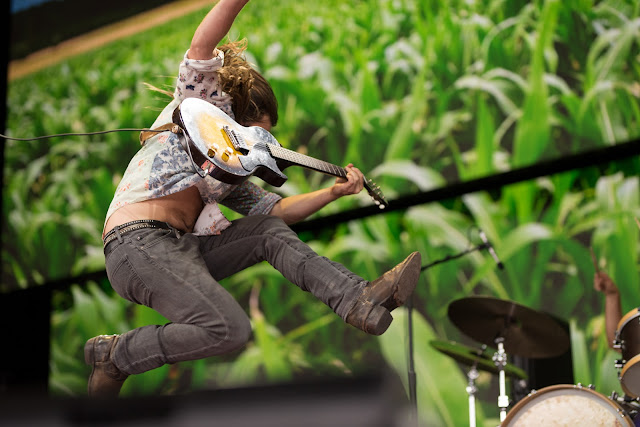 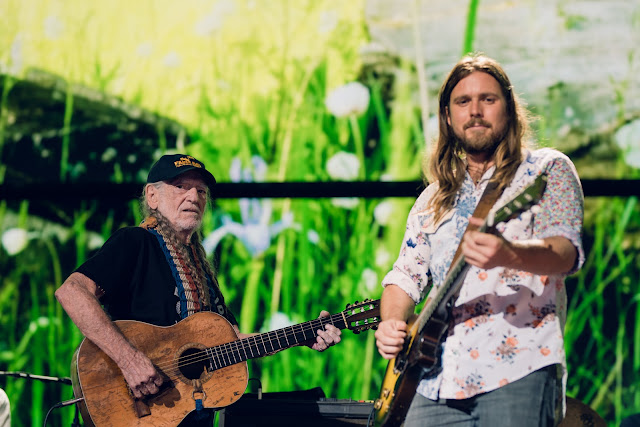 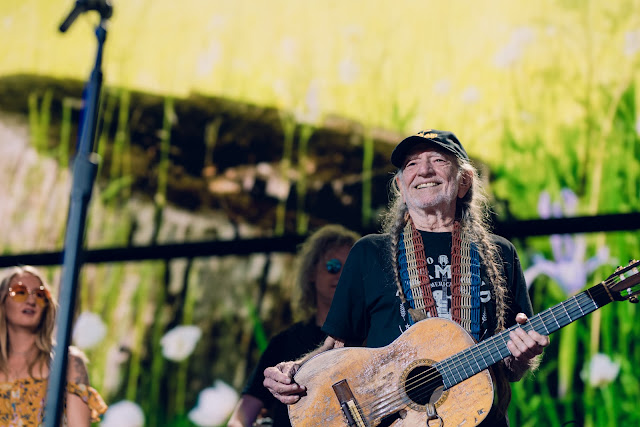 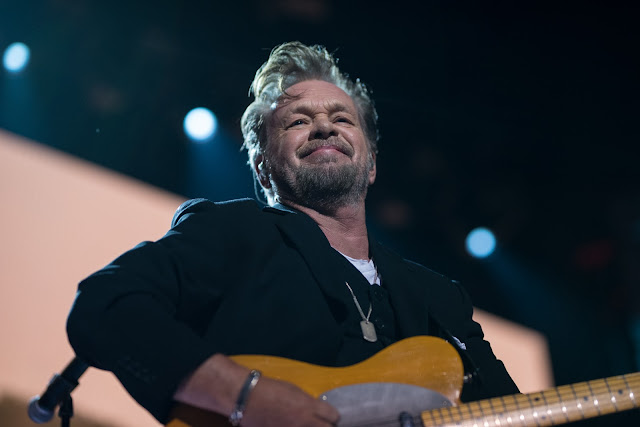 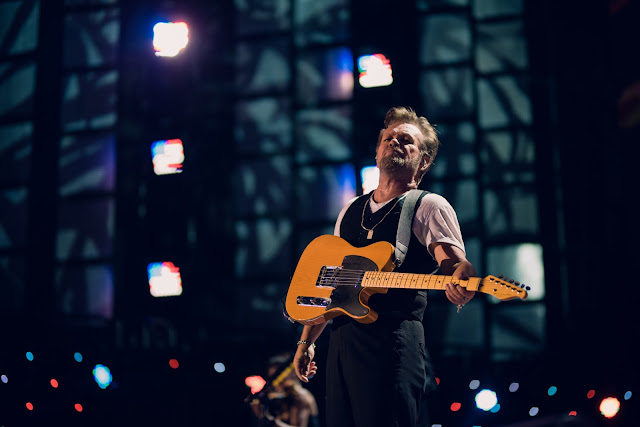 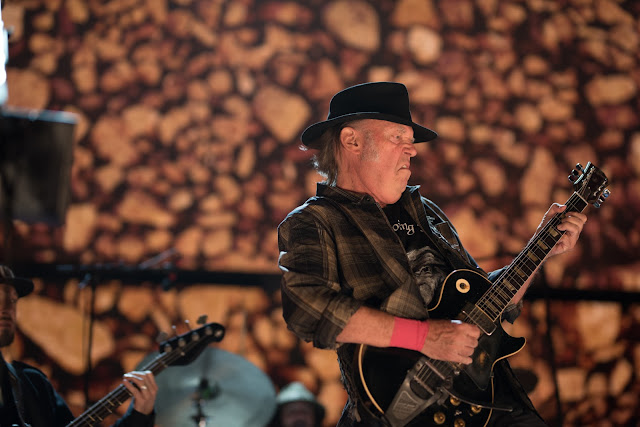 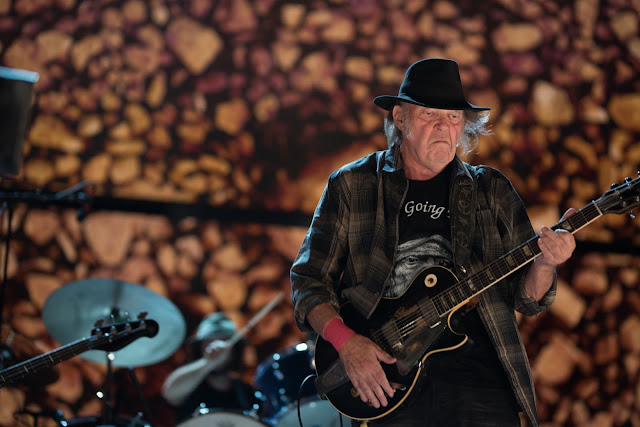 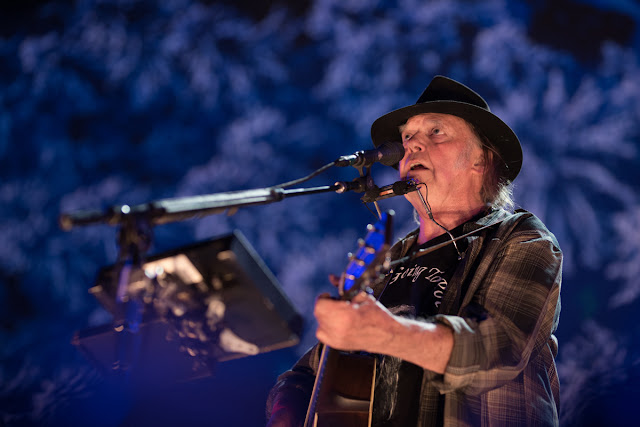