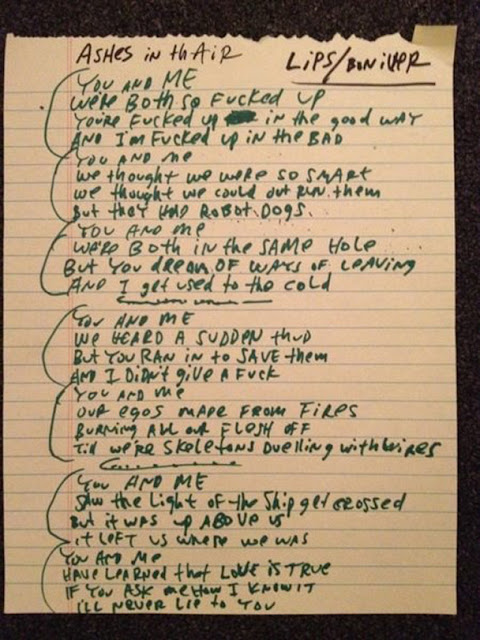 April 21st, or Record Store Day to those who are awesome, is a magical day for those of us who still love to hold physical albums in our hands. It’s a day where the sun seems to burn a little brighter around doors covered in stickers. The birds chirp along with whistling crooners who imitate them on record. And greying hipsters literally push people out of their way to get to that last signed Polvo record, only because they saw them in some tiny little club in college, before every band on earth started swiping their sound. Yes – it’s a glorious day, and this year, the odds in Vegas are higher than ever that a fight will break out around the “F” section, due to what The Flaming Lips have in store…literally.

The Flaming Lips And Heady Fwends will drop on colored vinyl that morning, each totally unique and one of a kind. And if that alone isn’t exciting enough, the record will include collaborations with Ke$ha, Coldplay, Edward Sharpe and the Magnetic Zeros, Tame Impala, Jim James, Nick Cave, Neon Indian, Erykah Badu and Bon Iver (which also happens to be our Jam of the Day!)

Check out “Ashes in the Air” below and try to picture Justin Vernon being chased out of his snowy secluded cabin by “robot dogs.” It makes the song even better.