David Bowie’s death did not affect me the way it affected many of you.

I did not grow up with his music the way I did with Bob Dylan, Michael Jackson, Pink Floyd, Neil Young, the Rolling Stones, Pearl Jam, or Nirvana. Oh, or Tom Petty.

I grew up with Tom Petty.

Perhaps I was too entwined with a culture of MTV, particularly the music videos (which was the point, right?), when that was our go-to channel. And, nothing against Bowie, but perhaps I was too focused on lyrics — even at a young age — ones that I felt Bowie didn’t quite provide with his music. That’s not a thought to rile anyone up; that’s just my opinion. Bowie was the dude in Labyrinth to me. Petty was the guy on the street, walking with his guitar, writing about what it felt to be a human against the odds. Perhaps, too, it’s simply a matter of taste. I don’t know. But, dammit, Tom Petty felt like a friend to me.

And I think that is what makes his passing so difficult to accept. You can say what you want about how it’s silly to grieve a man who you never met — I see people writing things like that on Facebook all the time. But with an artist like Petty, he invited you in for an intimate, defiant look. He sang the words you wanted to say when you felt spited: “No, I won’t back down, gonna stand my ground,” “Don’t come around here no more, whatever you’re looking for,” “You don’t know how it feels to be me,” “Yeah, I’m freeeeeeeeeee,” “It’s time to move on, time to get going.” American girls. Wildflowers. Walls. Echoes. Into the great wide open. Oh my my. Oh hell yes.

Yes, Tom Petty told it like it was: there ain’t no easy way out.

So when a man like that is no longer with us, the ripple effect can be felt far and wide, especially at a gathering like Austin City Limits, one of my favorite music festivals. Listen, I want to believe that another Tom Petty is out there, learning to play guitar, curious and interested about words and how they can make a person feel. But that belief doesn’t make this current (and permanent) reality any better — there will not be another Tom Petty concert. Or a Tom Petty album. Or a Petty interview like this one.

His songs, of course, will always remain.

Honoring his legacy makes a difference — it really still does. Petty didn’t feel so far away when Ryan Adams closed his set with “Even the Losers” last Friday at ACL. And his spirit was felt during Lukas Nelson’s excellent solo acoustic take on “Breakdown.” The second weekend of the 2017 Austin City Limits Music Festival was better because of artists like Adams and Nelson covering and honoring Petty’s work. And that is where ACL is at its best: taking a look back to unify fans in the present. Then look forward to the future, which is a bright, bright future for Austin City Limits Music Festival.

Here are three sets that made this ACL memorable for me. 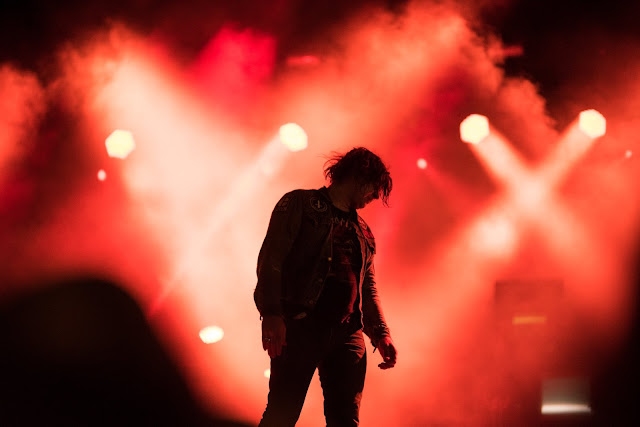 This was my seventh show on the Prisoner tour, and it was by far the best festival performance I saw Adams do. Everything seemed so urgent.  Like during “Outbound Train” and “Doomsday,” it looked as if it physically hurt him to sing these words: “I was so sure…I was so bored…I was so bored;””My love, we can do better than this.” And then came the most brutally beautiful moment of ACL for me: Adams stood at the front of the stage, and while back-lit, his glowing silhouette delivered a a rare raw glimpse of an artist’s vulnerability at a large music festival like ACL. He sang “Broken Anyway,” completely devoid of any bells and whistles:

whatever
we we still be together in some ways

I had just assumed he wouldn’t try to pull it off, that performances like that were for clubs and theatres only. But as we know, Ryan Adams is a different breed. Like I mentioned already, he closed with Petty’s “Even the Losers,” but that was simply gravy for a set that confirmed the songwriter who lives in L.A. is still a force to move you. 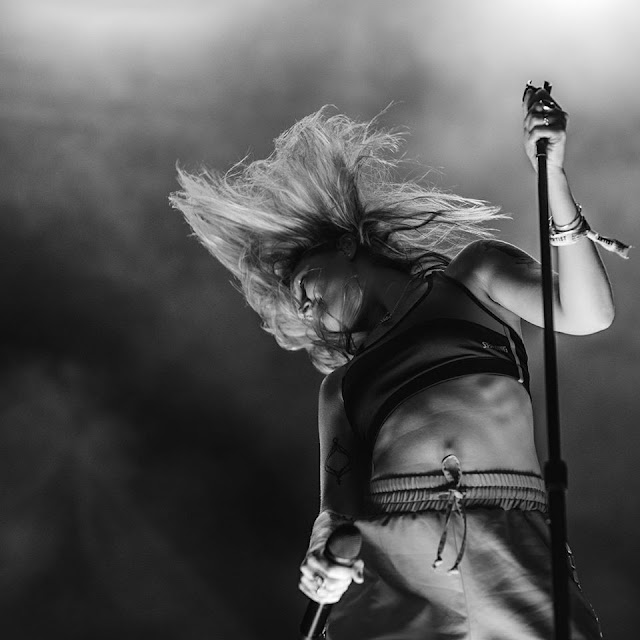 A budding pop star, even though I get the feeling she has no desire to be bigger than she already is. And she is huge. Tove Lo played the Barton Springs stage, an area tucked away across the street from the “main” grounds of ACL. It could not hold her fan base. People were bleeding out into the street, so much that I heard many say, “Well, I wanted to see Tove Lo today.” Another lesson in always arriving early, I guess.

Tove Lo’s performance was electric, maybe even more so than the time I saw her a couple months prior at Lollapalooza. Everywhere I looked, people were singing with her, or at least silently moving their lips. From her first song, “True Disaster,” to her last, “Habits (Stay High),” Tove Lo didn’t break but once. Her foot was on one pedal, and she wasn’t in reverse. Her in-between-song banter didn’t feel scripted or lazy — she was having a conversation with her fans. Even when she wasn’t talking. 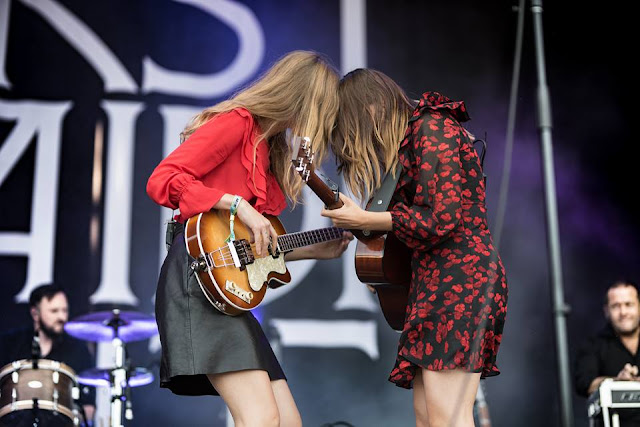 Now here’s a duo who keeps thriving by always upping their game. Two women from Sweden —  Klara Söderberg, Johanna Söderberg — don’t appear capable of writing a bad song. And a new album is on the way!

Their set was on Sunday, late afternoon. They played during that time at any festival where you start to feel it all ending, where Monday is getting a little too close, where you are basically hanging on to every last song. But when Klara and Johnna began “Master Pretender,” we were all whacked back in the moment again.

Those were the words I needed to hear, exactly right then.
Soon, Klara and Johanna let their long hair fly in the strong wind. They smiled at each other. They came together, touching heads for just a couple seconds.
They were free.
We all were free.
At that, my friends, is why you go to ACL. See you again soon.