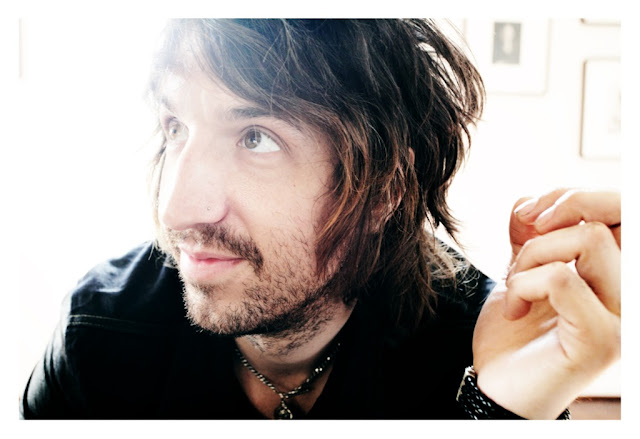 The end of the below video is fucking awesome. Watch it.

“Almost Blue” is one of those perfect Joseph Arthur songs. Poppy and sentimental at the same time, it’s immediately hummable, but also, like all of his songs, it makes you listen to every word that leaves his mouth. Melodic undertones highlight lyrics that could be scribbled poetry on a napkin after late night inspiration. It’s effortlessly accessible, but to an audience who wants to put in a little more effort than the rock-radio crowd would allow.

His new album, Graduation Ceremony, is his first album since 2006, and in this blog’s opinion, his strongest to date. Every single song on the record is simply wonderful, making it impossible to pick one to highlight for this, your Jam of the Day.

But once we saw the below video, taped with that Roots crew on Fallon the other night, it became apparent which one should be presented to y’all. Sans live painting, Arthur delivers a typically strong performance, and as a surprise to those who knew the song already, he proceed to freestyle for the final minute or so, as ?uestlove smacks those drums, obviously feeling the flow.

I cannot express this enough. Pick up Graduation Ceremony. Love it, and send us a thank you note later. And if you get the chance, see Joseph Arthur live.