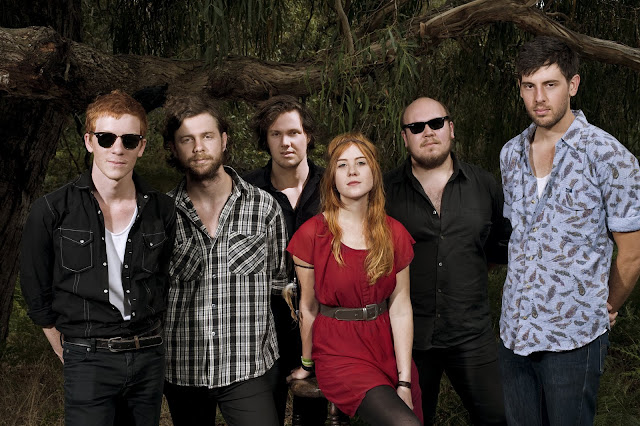 Like a fishing bobber off the coast of their native Queensland, The Middle East have been submerging and resurfacing for quite some time now. The band made its initial splash at SXSW way back in 2010. Following that, The Middle East released a highly anticipated EP, Recordings of The Middle East, which met stellar reviews from fans and bloggers around the globe. Then, they all but disappeared.

Well finally, on July 12th, the seven-member collective will release its debut album, I Want That You Are Always Happy, and we could not be more excited. Take, for example, the quality and sheer beauty of our Jam of the Day, “Hunger Song.” It’s a gorgeously layered slice of country-folk, driven by knee smacking percussion and playful harmonies that should make those fellas in Fleet Foxes want to step up their game a little.

Download it below – and if you like it, pick it up when it comes out July 12th. It’s set to be one of the year’s best.