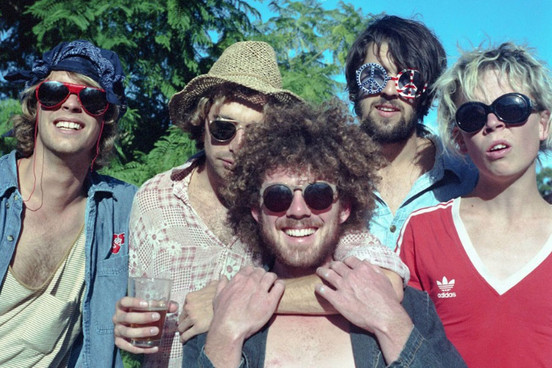 It’s freaking Friday, y’all, and it’s been a looooong, hard week. So, let’s throw on a record that not only has some kickass licks but also possesses an ample amount of boogie to get that ass movin’ when the sun goes down.

Psych rock warriors Pond have provided us with the perfect Jam of the Day, possessing vibes that recall some of the Beatles’ more far-out stuff, combined with Led Zepplin’s unabashed ability to RAWK.

Their fourth album, Beard, Wives, Denim is currently receiving attention and applause and is out now worldwide via Modular Recordings. Go get it via that handy little widget below!