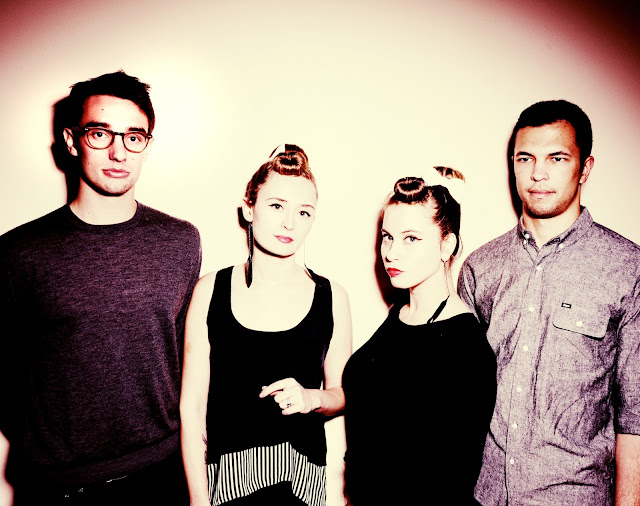 Much like the annual running of the bulls during the San Fermin festival in Pamplona, Spain — The Hopscotch Music Festival in Raleigh brings a frenzied crowd of running people to downtown streets.  Hopscotch, however, sees tight-jeaned hipsters running between bars to catch up-and-coming acts instead of crazed Spaniards running for their lives while sex-starved bulls try to impale them with their massive horns. Similar concept – different delivery.

This year – the crowd of bands playing Hopscotch is varied, and while at first look, the lineup could be seen as weaker than previous years, a little research shows us that festival organizers have actually given us exactly what we wanted – a STRONG field of bands that, at this time next year, will be household names for us bloggers.

Take for instance San Fermin and their insanely addictive Jam of the Day, “Sonsick.” Having not heard of the band until trolling through the lineup, I’ve been immediately energized, and after researching for hours on end now, I can honestly say this festival has the potential to be the best yet.

Check out “Sonsick” below — and stay tuned Tuesdays for new bands that are new-to-us, and worth of your festival timeslot.