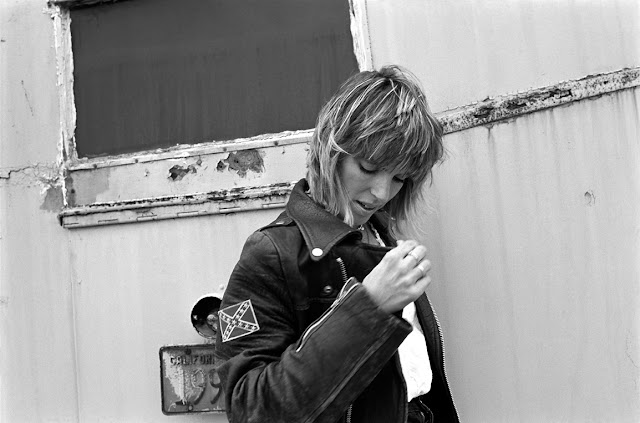 In 2003, Lucinda Williams toured with Neil Young and Crazy Horse on the heels of her most recent album at the time, World Without Tears. The album, to some degree, represented a shift in style for Williams, as the songs “Righteously” and “Real Live Bleeding Fingers and Broken Guitar Strings” didn’t just rock — they buzzed, distorted, and flew by listeners like they ran on jet fuel. There was also “Sweet Side” and “Those Three Days,” which weren’t as musically electric, but had words that were punishingly honest.  It was clear that, once again, Williams was following her own path.

On Monday evening at The Pageant, Williams again was creating her own rules, as she performed her self-titled album from 1988 in its entirety. It was a true celebration, as she played the songs in order, starting with “I Just Wanted To See You So Bad” and moving next to “The Night’s Too Long.” Before the latter, she joked that she originally was told the lyrics, “I’m gonna find me one who wears a leather jacket and likes his living rough” and “he presses up against her and his shirt’s all soaked with sweat,” were too risky for country music. I get the feeling that Williams has been told a lot of things over the last 25 years.

Her voice and her words are still here for us to enjoy. She performed “Like a Rose” solo electrically, approaching each word with patience. “This has always been one of my favorites,” she said before started it.

Later, before she started “Passionate Kisses,” Williams told a story about the time Mary Chapin Carpenter covered the song, and wanted it to be her album’s first single. The label had fought with Carpenter, saying that the song wasn’t “country enough.” Carpenter stood her ground, and of course, “Passionate Kisses” went on to win a Grammy for “Best Country Song” in 1994. Funny how these things work out.

Earlier, during “Changed the Locks,” a song Tom Petty covered, drummer Butch Norton stormed through its end, hammering each note as Williams and her band looked back in enjoyment. Norton, called by Williams as the “meat and potatoes” of the band, is a sight to behold during every song — obsessing over every detail, finding importance in every sound.

During “Side of the Road,” which Williams performed acoustically, she sang, “if I stray away too far from you, don’t go and try to find me / it doesn’t mean that I don’t love you, it doesn’t mean I won’t come back and stay beside you.” The push and pull of relationships is present in many of Williams’ songs, but it’s perhaps described best here: waiting in the car by the side of the road while your lover just wants to be alone. Love remains a mystery.

Williams left enough time for a mix of favorites in the final 45 minutes. “Lake Charles” and “Essence” still have bite, especially when Williams sings “please come find me and help me get fucked up” on the latter. “Joy” and “Honey Bee” shook hands together at the end of the main set, forcing electricity through the air, allowing Williams’ live persona to remain raw and in the moment.

She returned for a two-song encore, which were both covers: JJ Cale’s “Magnolia” was first, while Neil Young’s “Rockin’ In the Free World” finished things off, with Williams singing “we’ve got a thousand points of light for the homeless man / we’ve got a kinder, gentler machine gun hand.”

“Keep working for peace,” she told us before she left for good.

The best always do.