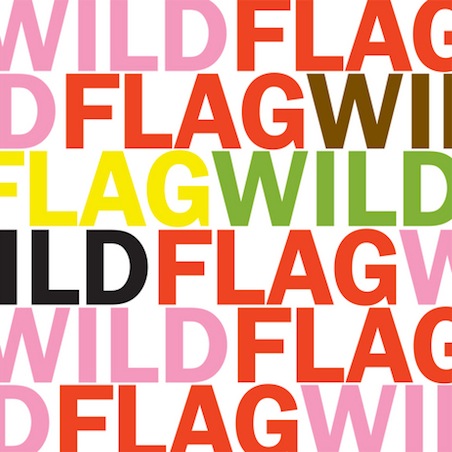 If someone drew a visual representation illustrating the ways in which all indie bands are interconnected, the four musicians who make up Wild Flag would be in the same, tiny, intricately woven sphere of love. They have crossed paths countless times, eventually figuring out it can apparently be exciting to join musical forces and deliver a product just as deserving of the accolades they’ve received individually.

The band is the new supergroup featuring members of Sleater Kinney, Helium and The Minders, and our Jam of the Day, “Glass Tambourine,” is just the first morsel to be offered up prior to actually recording a proper album together. It is true Pacific Northwest goodness, a welcomed sound for anyone who still dusts off All Hands on the Bad One from time to time.

Their full length debut is due out later this year on Merge Records, but they are releasing a teaser single on April 16th (Record Store Day) featuring the tracks “Future Crimes” and “Glass Tambourine.” Kick it on down to your local non-chain store and grab it.