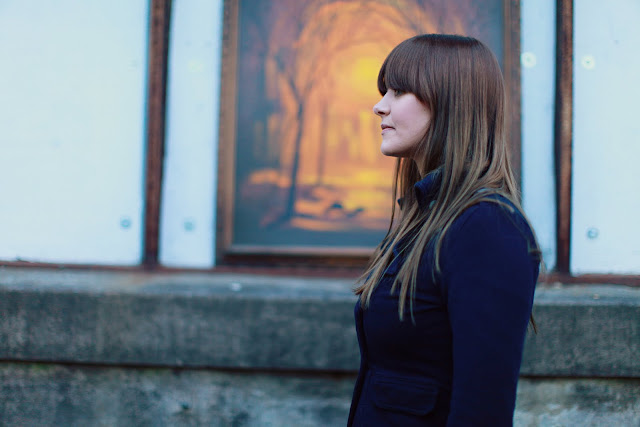 “Take a walk with me, you know which way I’m going,” sings Jill Andrews on “Sound of the Bells,” the opening song on her full-length solo debut, The Mirror. Andrews’ 2009 self-titled EP started with a declarative statement (“Take your hands out of your pockets and hold me”); The Mirror is more like a gentle invite, breezing you into Andrews’ life, one that is warmed by the sun and a little boy named Nico.

Andrews, the former co-leader of the everybodyfields with Sam Quinn, is now an emerging solo artist — a musician who uses her two greatest strengths to her advantage on The Mirror: her words and her voice. The songs are mostly happy, sometimes sad; sort of like real life. Only on The Mirror, you’re more than happy to take the good with the bad.

We recently chatted with Andrews over the phone prior to the release of The Mirror. She’ll be performing at Twangfest (Blueberry Hill – 8:00 PM) and Vintage Vinyl (5:00 PM) on Thursday.

Let’s talk about your Kickstarter campaign. Was that a positive experience for you?

It was a really good experience, yeah. I didn’t really know what to expect. I had heard a lot of good things about it from other artists, and I was very pleased, of course. I almost raised $13,000, and that was a good chunk of expenses that I had already into the record and beyond. And, it’s just a cool experience; it’s a very encouraging thing for an artist to let you know that there are people out there. Sometimes you forget that there are people out there. (laughs) But, they are, and they are really excited about what you are doing.

I was talking to a songwriter the other day, and she was telling me that it was hard for her to get over the idea that something like Kickstarter is begging. Did you ever feel that way?

Yeah…that thought definitely crossed my mind more than once — the begging thing. But, while economic times are hard, and while record companies aren’t really looking at artists like me…your fans are acting like your record company when you use Kickstarter. It’s super cool, because that’s one of the main things a record company does — is give you money to pay for your record. They’re incredibly expensive.

Well, on to talking about the music. You once told me that it wasn’t the easiest thing for you to write a song. Do you still feel that way?

When I listened to this album for the first time, I thought there was a lot of hope in this album, and you have mentioned that you wanted this album to make people happy. Do these songs make you happy?

Yeah, some of them do make me happy. I think that writing songs for me is definitely a way unlike any other way that I can get out some emotions that I have trapped up inside of me. And I think that’s why I don’t…writing isn’t something I do every day, because I don’t always have to have that release. But when it hits me, it hits me real hard. So, the songs, some of them are very…I mean, they’re all very, very personal songs to me. And they’re all true stories in one way or another. 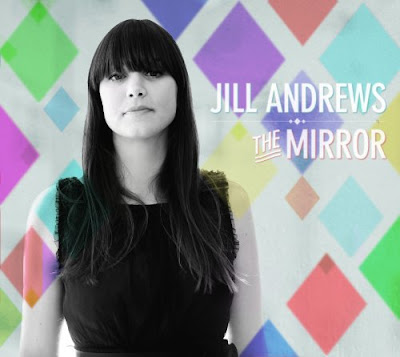 Going off of that, how is it to write a song like “Wake Up, Nico” or “Blue Eyes,” which are about your son?

Definitely, it’s my emotinal crux, recording songs like that, and singing songs like that. It’s still pretty hard for me to sing those songs. Just because I love my little boy so much, and those songs are my essence. But, I’m so proud of him. I don’t know — that’s the cool thing about being a songwriter and having a kid — someday I’m going to be able to give him everything I’ve ever done, and it will be very personal to him. That will be cool.

Is writing a song like that…does it just happen?

I don’t ever to start a song thinking I’m going to write a song about “blank, blank, blank.” I’ve tried to do that, and I can never finish a song like that. I don’t know why. It’s not the way my brain and spirit work together. I would imagine that the songs I wrote for Nico are a combination of that I sing to him all the time, and I’m with him all the time, and he’s constantly on my mind.

You talk about the sun a lot, and nature, in the songs on The Mirror. Is that something that is important to you?

Well, I just bring that up, because the first song on the album (“Sound of the Bells”) calls for that.

What’s that mean to you, living in the moment?

Have you always been that way?

Yeah, I think so. In dealing with the past, I have probably the worst memory of all people. It’s awful — my memory is awful! (laughs) I just deal with the present, because that’s what I know best. The future overwhelms me; it’s looming. There are great things in the futre, but it overwhelms me.

Well, I would say that it would come across in a song like “Sound of the Bells,” or even the last song, “You,” when you say that there are still things you want to believe in. I think that’s a big part of this album — wanting to believe in something. Would you agree?

Is that a scary thought sometimes — wanting to believe in something that isn’t a sure thing?

Nothing is a sure thing. I think one of the main thoughts I had when I was writing those songs was that I want to be happy, and I know how to be happy. And, you know, just because other people are trying to put you down…I don’t know…

Well, the other thing I was thinking the other day was that a lot of these songs are about not being alone. You once sang about being able to be “lonely anywhere,” but I’m not so sure that applies to this album.

Yeah. I’m surrounded by an icredible group of friends in Knoxville. They have a lot to do with my happiness and my life. I can depend on a lot of people. You mentioned nature earlier — the sun makes me so happy, and walking around in the woods. It makes me so happy.

You named the album The Mirror, which can mean so many things. What does it mean to you?

Well…(pauses)…there was a time when somebody said something to me about, “you need to look at yourself in the mirror and see what you see.” Tell me what you see, basically. And, in a way, that kind of stuck with me for a while. It wasn’t said to me in a nice way.

I guess what I mean is…when you have an object like that…or even the actual song, it can mean so many things. But, it’s a happy song, isn’t it?

(laugh) Here’s the thing — the melody is really happy! But some of the lyrics are not happy. But not all of the lyrics are not happy. I think that it’s kind of a dichotomoy, I guess, because here I am telling you all these sad things, but I’m singing them to you in a really happy way! (laughs) It was kind of something that I wanted to confuse people with…like find some sadness under a blanket of bunnies! (laughs) Baby bunnies. (laughing)

But, I think even that song has a lot of hope!

I do think that a song like “The Mirror” or “A Little Less” have more hope in them than maybe one of your songs on your last EP like “Worth Keeping” or “These Words.” It’s a shift in your songwriting, as far as looking forward to finding something that you want.

I think I’ve realized a whole lot of things about myself in the past couple of years. I think I just feel way more strong, just a different person. I stand on my own. It’s a good feeling.

Is being a solo artist still an encouraging thing to you? Is it what you expected it to be?

Yeah, very much. I didn’t really have any expectations for it. When you have expectations for things, you often get let down, especially in the music business! But, I just knew that it was going to be whatever I wanted it to be. And I knew that I was going to have complete creative control, and I do. It’s been eye-opening to see where I’ve come from, and where I’m going. It’s been a really cool journey for me. I just feel strong.