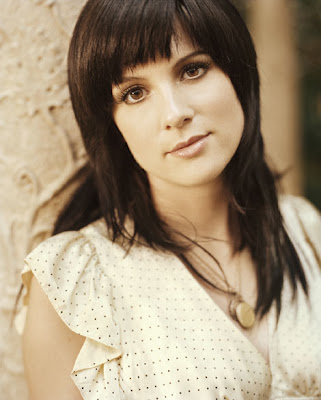 If you’re Canadian, can sing, and you’re an awesome songwriter, there’s a great chance I’ll probably love you.

Luckily for me, Meaghan Smith fits that bill. Her cover of “Here Comes Your Man,” which can be found on the 500 Days of Summer soundtrack, and was produced by T-Bone Burnett, had me from the first little sounds of her Omnichord.

And here comes Miss Smith, with her newest album, The Cricket’s Orchestra. It’s an album that sets a particular mood — the sun is going down, you’re about to drink that glass of wine, forget every worry in the world, and pretend you’re quitting your day job. It’s “new” old timey greatness from a wonderful Canadian.

It’s so very awesome that my newest favorite singer-songwriter took some time to answer a few questions about comparisons, recording her album, the Omnichord, and performing live.

1. So, I hear they’re calling you the female Michael Bublé. How do you handle that comparison?

I realize that I’m going to be compared to all sorts of people till I establish myself. And being compared to people as successful as Michael Bublé is fine with me! I think what sets me apart from a lot of other music out there is the fact that I write all my own songs, and I’m not just recreating an old era. I like to call my music modern-vintage. I’m taking old influences and injecting them with modern elements. Besides the old timey vibe, my songs feature samples, beats, and I even do a duet with Kid Koala, a DJ who scratches overtop a string quartet. I’ll take whatever sweet comparison I can, and hope to reach as many people as Michael has someday soon! … And I wouldn’t be opposed to doing a sweet little duet with Mr. Bublé…Waddya say, Michael?

2. In addition to that, The Cricket’s Orchestra is about to get some love in the New York Times. Your feelings on that?

I’m floored!!! I can’t wait to see what the New York Times has to say about little old me! (Read their review here)

3. Tell us a little bit about the recording process of The Cricket’s Orchestra. What were your favorite moments?

Recording the Cricket’s Orchestra on my own dime in Toronto, mid-winter, was rough but SO rewarding! It was two months of spending four years of savings on music! Who wouldn’t enjoy that! I was pinching every penny I could to put on the record. So, I couch surfed for two months
while hustling all over the city on the subway lugging my guitar and gear everywhere. One of my favorite moments was recording my dad — Les Smith’s whistle solo on “I Know.” My heart melts whenever I hear his beautiful solo!

My producer, Les Cooper, is a musical genius and another favorite moment was first hearing his horn arrangement on “If You Asked Me.” I also loved seeing all the talented musicians come in the studio and lay their parts down so pro.

The piano player on the record is a man named Dennis Keldie. One of his hands is literally the size of my torso! He wailed on that piano when he played “Take Me Dancing,” and did some beautiful accordion parts on “Soft Touch.” I felt lucky just to see him play! I felt the same with everybody that had a part in making this record. I met so many amazing and talented people! 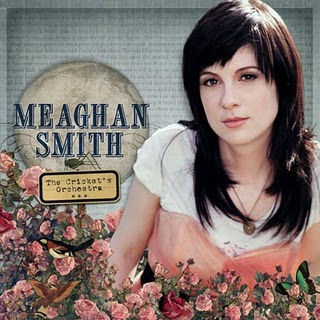 4.T-Bone Burnett produced your cover of The Pixies’ “Here Comes Your Man.” What was that like? And what exactly is an Omnichord?

T-Bone is probably one of the most down to earth producers in the world. He is so genuine and getting to work with him was an honor! We recorded in his home studio in LA. He was totally open to hearing my ideas, which I think is something that makes him so amazing. He’s so collaborative. So when I suggested we do the bed track for “Here Comes Your Man” on the Omnichord, he was into it! The Omnichord is only one of the greatest instruments (in my humble opinion) to come out of the 80’s!! Imagine an electronic harpsichord, but with sick smarmy 80’s beats and a touch sensitive “sparkle strip.” Oh, and you can play any chord imaginable!

5. Finally, let’s say you’re performing in front of a group of people who have never heard your music. What do you play to win them over? What do you say to them?

I want to bring people with me into my world when I’m on stage singing and playing for them. I pour my heart into every song I perform and I hope that people can feel that. Most of all I want to uplift people. Or at least entertain them. I tell my stories and sing my songs and have a blast with my Peeps on stage. And if the crowd’s into coming with me, well that’s when amazing things happen.