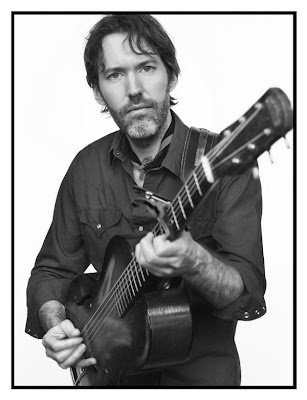 Ok, so you already probably know about the new David Rawlings album, which features a countrified cover of Ryan Adams’ “To Be Young (Is To Be Sad, Is To Be High),” a song that Rawlings actually originally co-wrote with Adams (did I just confuse the hell out of you?).

What you probably didn’t know is how Rawlings and Adams came about writing the song together. This new(er) interview from Seattle Weekly gives us the details:

You seem to prefer writing songs with others, too, rather than writing alone.

That’s how I work, yeah. I love writing with other people. I find it to be a really wonderful experience if you’re working with someone who has an initial idea or you can take an initial idea to someone and sit there and hash it out. It’s nice to have two peoples’ perspective, to be coming at an idea from two sets of experiences and two sets of musical angles. In the case of the Ryan song, the song I wrote with Ryan Adams, that was a funny experience of sitting down with him at a party and we were just playing music and he started singing this thing and I thought, “Oh, what is this song?” And I realized he was making it up. And so I added a little something to it, and so we sat and played it for a little while, but we got distracted. Someone came in the room or something. Who knows? But I remembered what we’d played and I’d gotten up the next morning and thought, “That was a cool thing,” And I worked on it a little more, and the next time I saw him, I was like, “We should finish that song we were working on!” and he was like, “What song?” He had no recollection at all.

Rawlings, a master on the guitar, is also a major force behind the brilliance of Gillian Welch. The aforementioned interview also lets us in on plans for a new Welch record.

So when can we expect to hear Gillian’s new record?

Oh yeah, that’s on the top of the list and we’re partially…we did some of it as we were making mine, so we just need to finish some more songs and get in there and finish it this spring.