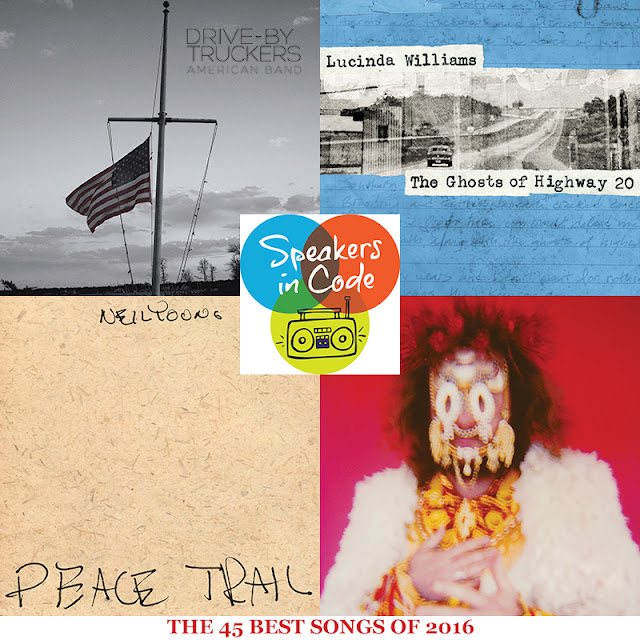 In some town in Missouri but it could be anywhere
it could be right here on Ruth Street, in fact it’s happened here
and it happened where you’re sitting, wherever that might be
It happened last weekend and it will happen again next week
And when they turned him over, they were surprised there was no gun
I mean, he must have done something, or else why would he have run
And they’ll spin it for the anchors on the television screen
so we can shrug and let it happen without asking what it means
What it means?

In 2007, I interviewed Patterson Hood of Drive-By Truckers via email, and it could have gone better, to say the least. The fault was 100% mine; my questions were bland and unoriginal. They were also leading. I’ve learned a lot since that interview.

What I remember most about it, though, were two answers that I didn’t choose to publish. They both simply said, “WHAT THE FUCK DOES THAT EVEN MEAN?”

Our Song of the Year is “What It Means” by Drive-By Truckers. It’s followed closely by Lucinda Williams’ “Ghosts of Highway 20,” Neil Young’s “Peace Trail,” and Jim James’ “Here in Spirit.”