Well y’all — Hopscotch 5 has officially been laid to rest. The hangovers have subsided, all the hipster and hillbilly gear has been washed, folded and put away for another year. Cleanup crews have swept up truckloads of spent wristbands, glowsticks, airplane bottles and cigarette butts. The old people living at the Sir Walter Apartments can now watch their programs without bass in their face. Normality has returned.

Lets get to this. 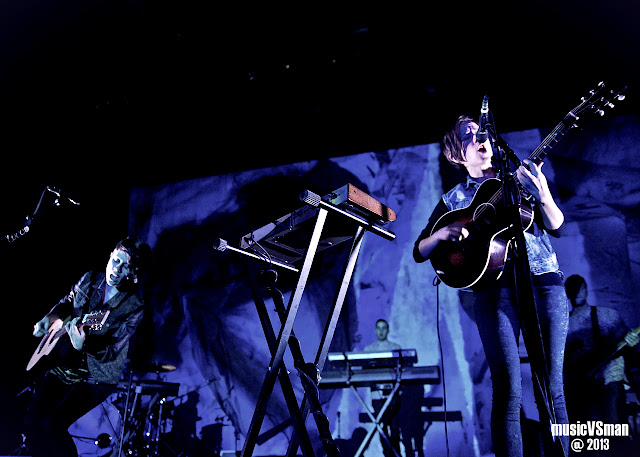 Kicking off any festival is a tough proposition, but doing it not only as the first band to the stage, but also the group that takes the stage directly before one of THE seminal hip hop acts, would give even the most seasoned act agita. Luckily – Toon & The Real Laww, from Durham, NC (or Durty Durm  if you’re nasty) handled their business and even got some of those persnickety old-school-rap-fans moving. 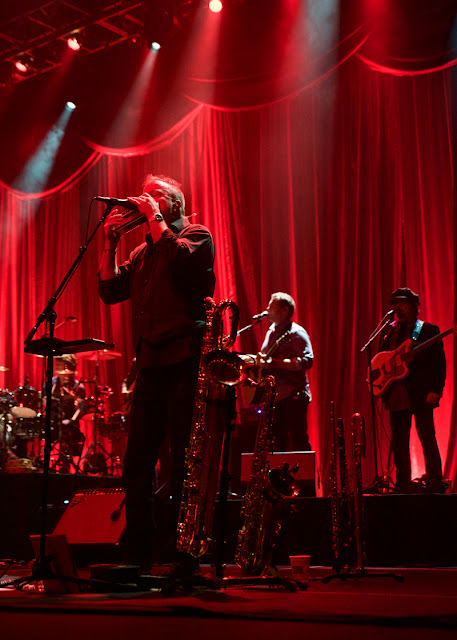 I have a lasting memory of hearing “Me Myself and I” while playing putt putt in Myrtle Beach, SC when I was 10 years old. It’s one of those things that remain inexplicably — but seeing De La Soul perform Thursday night reminded me just how big of a musical influence they were, not only for me as a suburban kid, but also on the rap world at large.  The crowd was the perfect example of this — comprised of everyone from teeny-hipsters to aging old-school-fans that haven’t been into anything since Tu-Pac killed Biggie.  But that crowd was worked, arms pumped and De La Soul exemplified a group that not only is good at what they do, but still loves doing it.

It ain’t no secret — we love us some Wylie Hunter around the SIC office, so we ducked out of the City Plaza shows a bit early to finally catch Wild Fur in their natural habitat.  Glad we did — their trickle of music we’ve heard from these guys translated beautifully live.  The perfect mix of a synth backbone supporting a southern circulatory system.  Really looking forward to hearing what these guys put out next.

For me – the best part of music festivals like Hopsctoch are not seeing the big bands in small settings.  It’s being surprised by acts that you’ve never seen, heard or heard of until doing research for the the nightly itinerary.  Sun Club, was one of just a handful of bands that truly blew us away this year.  Engery amass – they looked like they were fresh out of high school, but worked that stage like they had been doing this shit for years and years and years.  Definitely one of the bands we’ll track from here on out.

Due to the substantial wetness that characterized Thursday
night I resolved to spend the majority of the evening holed up in the ever-comfortable
Fletcher Opera Theater. After catching the tail end of New Music Raleigh’s
featured piece, “Future Shock,” I staked out a primo spot to experience “IIII”,
a collaborative performance involving fifteen drummers and two synthesizer
players interpreting each of the four seasons musically.


The first six minutes were a bit like
the onset of an acid trip — It began with a long, bellowing synthesizer drone
that soon built into an arrhythmic din of cymbal crashes and skittering drums.
When all the cacophony finally became too much to bare, the second movement
began with a syncopated electronic drum pattern that firmly grounded things and
introduced the first of the four primary drummers who would lead the ensemble
for each of the seasons. More drummers joined the fray until everyone was
grooving together nicely, but then chaos erupted. The beat degenerated into a
crashing wave of percussion noise, with each drummer playing as loud and as
fast as they possibly could. The resulting air pressure could be felt in your
sinuses.

IIII’s exploration of rhythmic dynamism and textural synthesis continued for approximately
forty-five minutes, veering into tribal drum circle territory and making more
pronounced, melodic use of the impressive synthesizers on hand. While it wasn’t
entirely evident to me the order of the seasons as they were performed, the rhythmic
and melodic progression from movement to movement was distinctly evocative of
the dramatic seasonal changes our landscape undergoes each year. Well done,
lads (and lass!)

Another artist we’ve never been ashamed to proclaim complete and unabashed love for is Steve Marion. Through his main project, Delicate Steve, he put out on of our favorite albums of the decade with Positive Force, then followed that up with his singing side project Saint Rich.  And unlike the set we saw Delicate Steve play during Hopscotch 2, Saint Rich mellowed things out and took us slowly into the end of the night. Songs like “Officer” translated extremely well in the setting they were given at Tir Na Nog.

Unlike the Sun Kil Moon show the night after — there was no talking to be heard during War on Drugs’ set at Lincoln Theatre. But that speaks less to the crowd’s attention span and more to the fact that this shit was loud.  So loud, in fact, that it made the mix seem a bit off. Not sure if that’s how War on Drugs likes it, or if it’s the festival change over effect rearing it’s ugly head, but unlike apparently most of the bouncing people up front — I wasn’t feeling it.  My eardrums were being pummeled in ways they didn’t like, and while songs like “Red Eyes” of were of course welcomed, they didn’t live up to what were perhaps unrealistic expectations.