On April 8, 2009, a baseball player named Nick Adenhart pitched his season debut for the Los Angeles Angels of Anaheim. Just after midnight the next morning, Adenhart was involved in a fatal car crash, ending his dream of a long Major League Baseball career. He was 22.

Later that night, Hall of Fame broadcaster Vin Scully shared these words during the Angels’ play-by-play. I’ll share them with you now, as they’ve stayed with me over the years.

I remember reading Scully’s words for the first time, hanging my head, knowing I would keep them with me. There would be a day that I would need them.


That day came on Thursday, July 28th, the first day of Lollapalooza 2016.

I got the email I never wanted: my friend, Chris, went to sleep and never woke up. He was 39.

Numb, I thought about walking out of Grant Park and going home. Buy a train ticket, maybe go and hide for a few days. Nothing made sense, and nothing about this situation will ever make sense.

Quickly, I realized that would be the last thing Chris would have wanted. He would have rolled his eyes, maybe say, “nah, dog, finish the job.”

Chris didn’t always finish the job because of his strive for perfection. But he never, ever gave up. So, I didn’t want to give up, either. I carried on. I breathed. I cried in the media tent while drinking an ice-cold coffee. I sang our favorite songs silently in my head.

And this is what I saw. 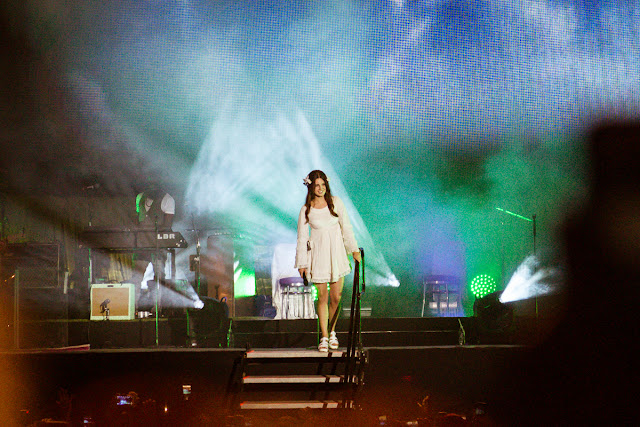 She appeared in white, after the crowd of thousands were chanting her name, just as they did in 2013 when she appeared on a smaller Pepsi Stage while Nine Inch Nails performed on the stage she was on now. “Shared my body and my mind with you,” she sang. “That’s all over now.” It was dreamy, she was patient with her voice, and, largely, she was a ball of light. 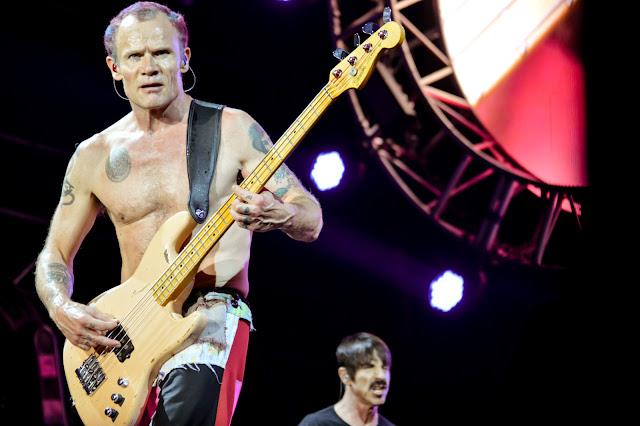 The last time I remember listening to Red Hot Chili Peppers, I was in a car, driving to Toronto, when “Scar Tissue” came on the radio. I’m thankful that they played it early in the set, while I was still in the photo pit, able to feel its power, to look at Flea roam the stage while Anthony Kiedis was vintage Kiedis. It brought back a time when I had no idea what I was doing with my life. A time when I wasn’t worried about what I was doing. Thank you, RHCP. 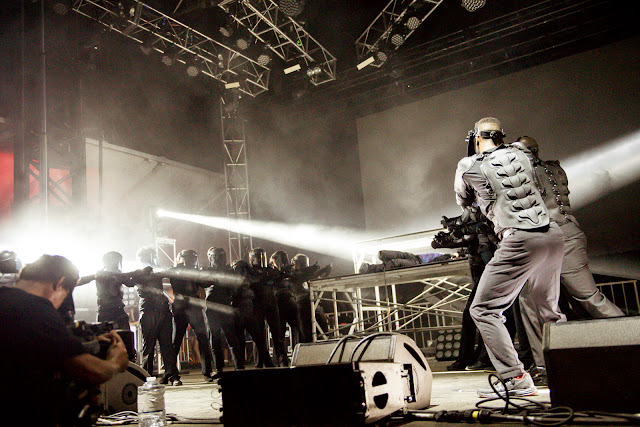 The hometown rapper did not disappoint. I arrived shortly after his second song began, where there were police officer-type figures dressed in riot gear on stage. It was dark, almost like another world — and if you can create that mood in a festival setting, what a feat you have achieved. Vic got “shot,” fell to the stage, and I got chills. When he stood back up, I was sold: Vic Mensa is a major, major talent. 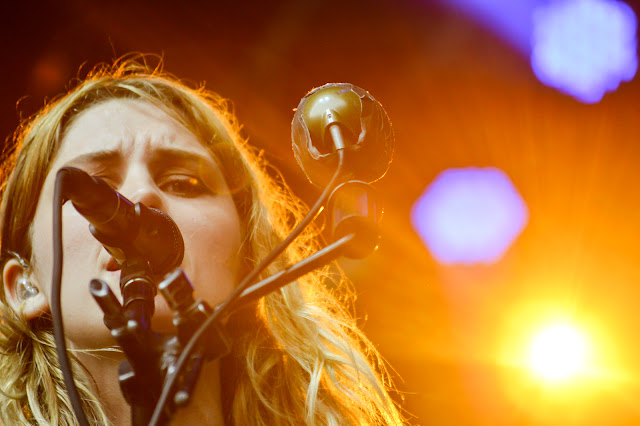 The rock band from London wasted no time in setting its energy level, which was a smart move for a 6:30 set. That’s when the food lines have begun to weaken, and the party people are full, maybe sleepy. But you don’t remain sleepy during Wolf Alice. You come alive. A must-see if you ever get the chance. 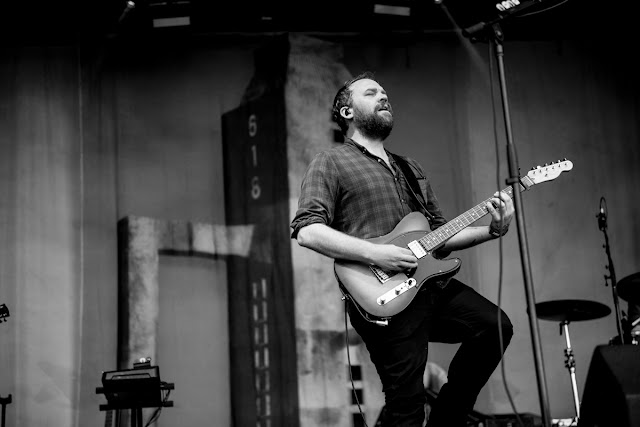 The band from Scotland delivered my favorite set of the weekend, and while I could write a hundred things about why, namely “A Modern Leper,” “Keep Yourself Warm,” and “The Woodpile,” I’ll tell you about what happened during the last song, “The Loneliness and The Scream.” It had rained earlier in the day, and gloomy clouds were still hovering over Grant Park. But for a few seconds, during the cathartic ending, while the crowd was chanting “Ohhhh Ohhh Ohhh OHHHH…” the sun made a surprise appearance. Albeit brief, it energized the crowd, it made front man Scott Hutchison smile, and it made me think of my friend. That was his way: lurk in the shadows and shine bright for a few seconds. It’s better to burn out than to fade away.