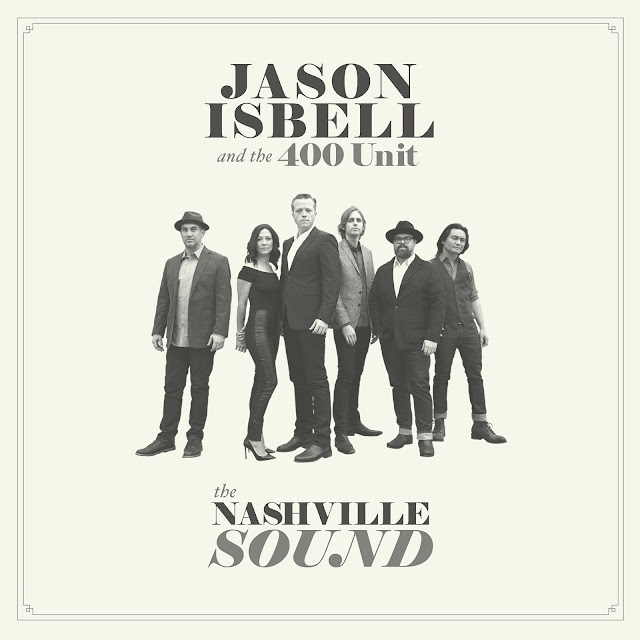 We can’t adequately describe emotional distress, so we call it pain.

“I can’t enjoy a goddamn thing,” Jason Isbell sings on “Anxiety,” a song he co-wrote with his wife, Amanda Shires because “she knows more about this particular kind of anxiety than I do.” He’s talking about “clinical diagnosable anxiety,” something that I have, something that many also have, even if one can’t afford to have a doctor diagnose it.

“Anxiety,” to me, is the centerpiece of The Nashville Sound. It’s bold — one wrong move, a serious subject can sound forced. But if you always play it safe, singing about alcohol and float trips, you get Luke Bryan.

And Jason Isbell is not Luke Bryan. Although I’m sure there’s plenty of suits in Nashville who wish he would conform. There’s so much money to be earned, after all. So many stadiums to fill.

What we get, though, from Isbell, is more truth. Songs about death, love, destruction, and even one that’s most likely about Ryan Adams — “Chaos and Clothes.” “You say that ‘love is hell,’ but it’s the ghost of love that’s made you such a mess.” How could that not be about RA? Even if it’s not, it’s a winner.

As is “If We Were Vampires,” which is probably Isbell’s best song since “Elephant” or “Cover Me Up.” “24 Frames” came very close, but here Isbell sounds, once again, staggeringly vulnerable. And it’s because he’s singing about the fate that connects us all: mortality.

“Maybe time running out is a gift,” Isbell sings.

Life can’t, and maybe shouldn’t, go on forever. But it’s here right now, hanging in the balance, waiting for no one, still giving us albums like The Nashville Sound. And through all the pain, emotional or physical, that somehow must be enough to carry on.