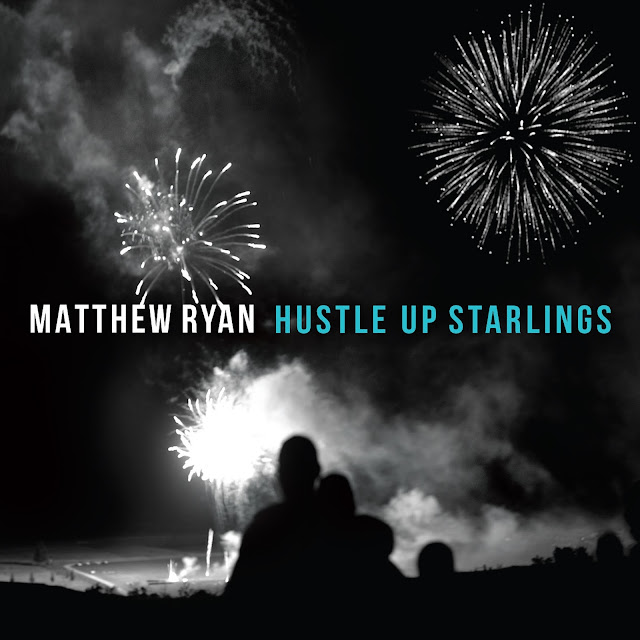 I love a song
That doesn’t care what you want

“Hustle up starlings,” Matthew Ryan sings on the title track of his latest release. “The bats are coming.”

Death is nothing new; we expire, we disappear. Life is today. It’s also tomorrow, and the day before yesterday, and it’s sometimes taxing, brutal periods of time where you’re stuck in a mysterious place where light dimly flickers. Sometimes we’re ghosts riding waves.

But Matthew Ryan’s music doesn’t live in any of these places. It’s always in motion.

A way out of that mystery. A way out to the life you’ve imagined, and also one that you can live. He’s good — no, great — with describing the little moments. “I saw your name yesterday,” Ryan sings on the dark piano ballad, “Maybe I’ll Disappear.” “On some unopened mail I threw away.” Later, to close the song: “I miss the simplest of scenes, you in the dark just over me…your hair a mess, your eyes aglow…the engine hums, it starts to snow.”

It’s 2017, and we’re swimming (drowning?) in a world where beats sell, and lyrics don’t. But it wasn’t always this way (see: Zimmerman, Robert). And every time I hear an album like Hustle Up Starlings, I’m reminded of the indisputable power of words.

There’s plenty to dig into. “Run Rabbit Run” and “Hustle Up Starlings” are two of the most thought-provoking songs I’ve heard in a long time — deep enough to still give me chills on occasion, mostly when I’m driving, alone, and the weather is changing around me. This album is a glowing, moving film, and it refuses to die.

“Don’t die, don’t disappear. I swear to God we need you here,” Ryan sings on the opening track, “(I Just Died) Like An Aviator.”

It’s so simple, but sometimes you need to hear it.