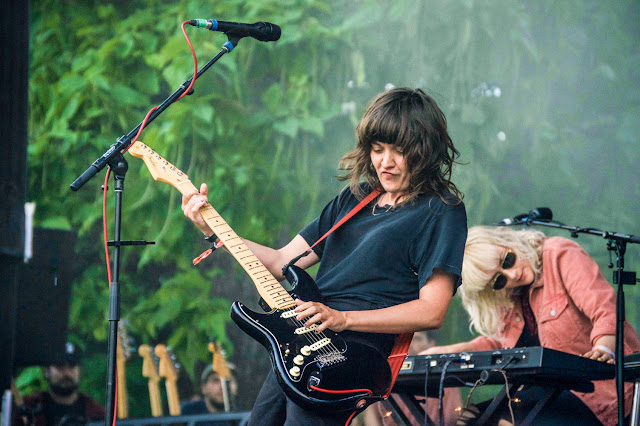 “Are you really a man, or are you a bag of sand?” lead singer Scott Hutchison sang mid-way through Frightened Rabbit’s set at the Old Rock House in St. Louis. The opening chords of “Swim Until You Can’t See Land,” the first “single” off Frightened Rabbit’s latest album, The Winter of Mixed Drinks, suggest happiness — so much that Hutchison has indeed chosen to swim and not sink. Yeah, you could say things are happier these days for the rising Scottish band.

Because if you had only listened to their second album, The Midnight Organ Fight, you were probably expecting a night of dark lyrics and general seriousness. And it’s not that they ignored the break-up themes of Organ Fight — they played plenty of tunes off that album quite well; it’s just that the messages seemed a bit lighter in a live setting, perhaps easier to digest, especially when you’re seeing how much fun Hutchison is having sing his earlier darker material.

To put it simply, this was a steady rock show. It wasn’t laden with feedback or exaggeration, but Frightened Rabbit’s 90-minute set flashed enough muscle to declare that these Scots won’t be sinking anytime soon. No, not when you have songs like they have. And not when you have Hutchison leading the way. 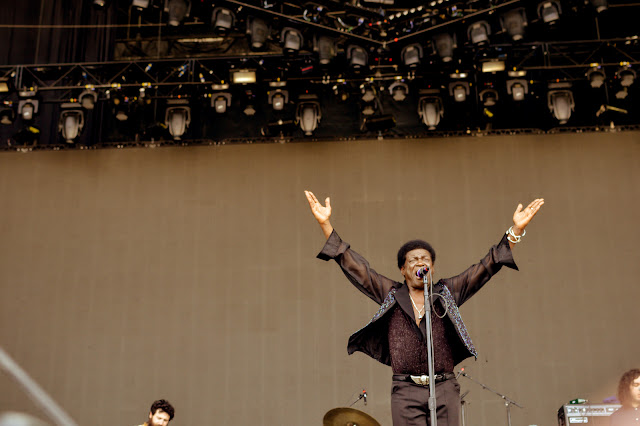 Scott Hutchison is an interesting character. He says “fuck” a lot; he even remarked about the “fucking Arch,” which was visible just outside the Old Rock House’s doors. He also loves to lead the “Whoa ohh-ohh-ohh” chants like he were in the stands at a Scottish futbol match. Hutchison doesn’t act like the man who wrote “Poke” or “My Backwards Walk.” He seems happy with his life.

You could argue that Hutchison and Co. could have played longer, but this was their first trip to St. Louis, so you could also argue that they did their job — which was to perhaps leave the stage with their followers wanting a bit more.

The three-song encore of “Poke,” which Hutchison performed solo acoustic, singing the ending unplugged with the audience, “Living in Colour,” and “Keep Yourself Warm,” a tune that was requested often throughout the night, left enough of a punch, though, to keep everyone in the room content — perhaps just enough to tide them over until the next Frightened Rabbit show.

“You won’t find love in a hole,” Hutchison sang, as the evening drew to a close. And as a final surprise, he ended “Keep Yourself Warm” chanting “I am trying to break your heart,” an obvious nod to Wilco’s Jeff Tweedy, who grew up just across the river from the venue.

A simple, if not perfect, way to end things, even though he wasn’t breaking any hearts.

Skip the Youth/ The Modern Leper/ Old, Old Fashioned/ The Loneliness and the Scream/ The Wrestle/ The Twist/ Swim Until You Can’t See Land/ Footshooter/ My Backwards Walk/ Nothing Like You/ Heads Roll Off/ Good Arms vs. Bad Arms