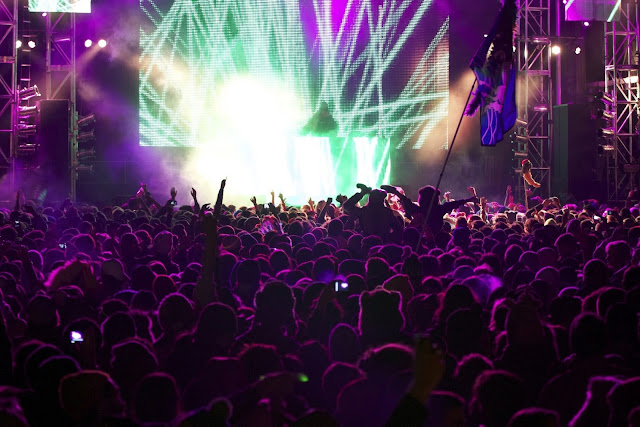 Still searching for New Year’s Eve plans? Well, assuming the world doesn’t end this weekend, there will be a party going on in Lake Tahoe called the SnowGlobe Festival, which runs December 29th through December 31st.

Headliners include deadmau5, Wiz Khalifa, Chromeo Live, Beats Antique, Big Gigantic, Laidback Luke and MiMOSA, along with many others.  Attractions also include The Quixotic Dance Troupe, a Silent Disco, and of course snow events including the Big Air Demonstration taking place right next to the main stage. Full lineup + schedule + details can be found here.

And now, for the really awesome part: we have two pairs of 3-day general admission wristbands to give away!

Simply copy and paste this into a tweet: I entered to win a 3-day wristband to @ItsSnowGlobe on @speakersincode. You can too — just tweet this!

The contest will run through December 20th at 2PM central, and we’ll
randomly pick and contact the winners later on that afternoon. Good
luck!