All of the feelings that I know you never felt,
and all of the simple words you never said,
I want you to keep them like a secret to yourself, they’re not for me.

It was just last August, on one of the hottest nights of the summer (seriously, my car has no A/C, I remember this well), and Delta Spirit had just brought more heat to The Pageant’s stage. Lead singer Matthew Vasquez, dressed in an Old Lights t-shirt, knew what was happening. We all knew what was happening. The band from San Diego had arrived, and their future as a touring act in Saint Louis would be always judged against this performance.

It’s true: Delta Spirit is no longer a secret.

And yes, the first test is upon us. Tonight, Delta Spirit will rock The Old Rock House (w/Waters, 8 PM, $14), and they should be well-prepared, as their self-titled album that was released last week has plenty of ammunition, with songs like “Empty House,” “Idaho,” “Home,” “Yamaha,” and “California” leading the way. Here’s a sample of the goodness.

We recently caught up with guitarist Will McLaren over the phone, as he and the rest of the band were in Austin, gearing up for SXSW, just a week before Delta Spirit’s release.

So, Will, where are you guys now?

We’re in Austin. I think every single one of us loves Austin, more than anything at certain times of the year.

The last time I saw you guys was at ACL back in September.

That was a super fun show, I really enjoyed that. As a band up there, that felt pretty incredible. We had a quick line check to set up all of our stuff, and there weren’t many people out there (at that time). You know, it was 2:30, on a really big stage, even with a couple thousand people…it still doesn’t look like anything when you’re up there. And that’s the only time a couple thousand people don’t look like anything — when you’re on a stage that big. We walked off for 45 minutes, and when we came back on, it was just a sea of people, everyone was dancing. It was great.

Yeah, I was one of the ones in the back.

Nice, nice.  Where are you right now?

I’m in St. Louis. Last time you were here, you opened for My Morning Jacket. You remember that one?

Yeah, that show was so fun!

When you’re opening for a band like that, can you get a sense of how the crowd is feeling for your set?

You can definitely get a sense — when you’re opening, you can get the best sense of it. If you’re opening for a big band, like My Morning Jacket, that band has been recruiting fans and loyal followers for years now. They kill it every single night, they are one of the best live bands, and, you know… (laughing) … we have to go up and play for whatever it is, 45 minutes.

It can sometimes go either way, because you have such big shoes to fill, but that night we walked out there, and I remember — that place is pretty massive, a massive theater — that was one of the better opening experiences I’ve had. There was tons of energy, we were just so excited to be playing with them. That was a great night.

And I think you guys played some new material that night. Can you run me through how you’re feeling right now — are you just ready for the record to come out?

Yeah, I love it. Great one to close out the album.

I love that song, that was really a Hail Mary. That song came with…whatever the expression is, “love and power.” (laughs) But, the rest of it, we have been practicing those songs…we were in pre-production, if you want to call it that, for six months.

Tested so many songs, and a lot of them might re-surface someday, the ones we came up with. But the songs that are on the album are the ones we liked the best from that whole group. We haven’t been playing them on the road that much. But, it’s time to play these songs; we’ve been waiting around for a while. 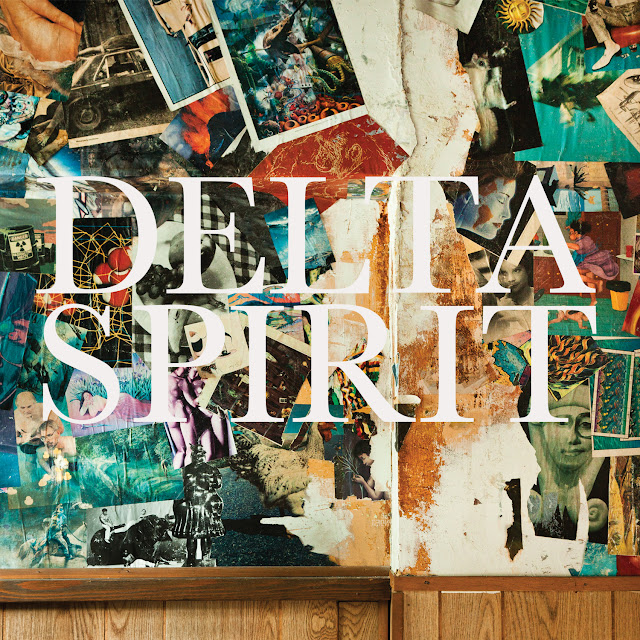 Something about this album, like a song like “Home” — that song, it’s always on repeat for me.

That’s one of my favorites. That was one of the songs where Matt…every once in a while Matt will write a song, and usually the band will be like, “okay, let’s do this.” Like, ripping it apart, or making it that much bigger.

“Home” was one of those songs where Matt recorded it on acoustic guitar onto a 4-track, I think, and transferred it to a computer hard drive, and we were like, “well, we’re not going to mess with that one! That’s how it’s going to be.” We were going to do a basic acoustic track, and then we got into Dreamland with Chris Coady, who produced the album, and he had all this stuff and was like, “well, you know, you could do an acoustic guitar, but it’s really not going to fit in with what we’re doing here, so let’s try to give it a unique thing.”

Everyone was sad about that, because we didn’t want to put a bunch of shit that didn’t need to be on it. But, he kind of — Matt and Chris sat down, and I think Kelly, too, and came up with that pulsating (feel) under the whole song. And once that was there, initially, I was opposed to that, which is really funny, because now it’s one of my favorite things! (laughs) Once that was there, it kind of was like, “okay, just a touch more!” And we did, we added that ethereal — not synthesizers — but like atmospheric stuff, you know? And then we added a little more, and then we took off what we added after. (laughs) It’s such a beautiful song, it has some of my favorite lines on the album.

Is it hard sometimes not to keep adding to something?

Umm…no…well, in the situation, yes. But all you need to do is listen to it the next day and be like, “uhh, that was a bad idea!” (laughs) It’s pretty obvious if you give yourself a day or two to breathe and listen to it that you realize you added something that didn’t need to be there. I’m the kind of a guitarist who wants to…like, I have a million ideas, and I think they can all fit somewhere. And fortunately, Kelly and Brandon will say “no, that doesn’t need to be there.” (laughing)

Tell me about Dreamland. How was recording the album there?

It was incredible and isolated. It was like a forest retreat for the band. It was what you would expect from a 100-year-old church. We spent the first two weeks just playing the songs over and over again until we got the takes, you know, what every band does. That experience was really incredible; we could all be in this beautiful room, with, at most, a little wall in between us — we could all see each other. And we would all walk down to this little cabin at the end of the night and find something weird to eat, and do it all again the next day.

We actually weren’t done with the album when we did those two My Morning Jacket dates, when you saw us in St. Louis. We had to go back to New York afterwards; we went to Stratosphere, which is a studio in Manhattan, and finished some guitar stuff and some of the vocals. I’m glad we split it up in two different studios. It kind of gives you, obviously, another perspective.

It’s a really strong and beautiful piece of work.

Thanks, man. We’re really proud of it.

And hey, speaking of food, like you mentioned you would go down to the cabin and get dinner. One of our readers wants to know — what is your favorite breakfast cereal?

Well, I would say, it’s probably split between the band. Brandon and I have a soft spot for Cinnamon Toast Crunch, which is really awful, but it’s true. And I would say the other dudes would go for a Whole Foods Kashi Crunch Oats thing.

I imagine eating on tour isn’t the easiest thing to do.

No, it’s definitely not. There’s not a lot of cereal on tour. Yeah, that’s a funny question. Do you ask everyone what their favorite cereal is?

No, just you. That was the question that one of our readers had just for you.