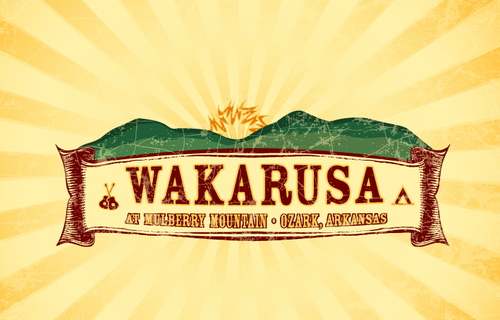 In less than a week, festival goers including this SIC writer will be making their way into the heart of Arkansas’ Ozark National Forest, towards Mulberry Mountain, for the Wakarusa Music and Camping Festival. This four day extravaganza features a wide array of musical genres from bluegrass, funk, and folk rock, to hip hop and dance music. While the festival boasts such bonus features as yoga, hiking, and disc golf, let’s face it, most of us will be braving the Arkansas heat for the varied blend of aural entertainment, which will pulse deep into the morning hours on some stages. Here are some of the artists SIC will be checking out next weekend:

Colorado born Derek Vincent Smith, aka Pretty Lights, is an electronic dance music producer who throws down action packed sets filled with his own original compositions and samples from today’s pop and hip hop stars.  With his unique blend of EDM, coupled with a stunning visual array of… pretty lights (hey-yo), Pretty Lights is sure to keep the late night kids dancing and happy.

Edward Sharpe and The Magnetic Zeroes

Touring in support of the release of their new record Here (out 5/29), Alex, Jade, and company will fill Mulberry Mountain with their eclectic brand of love-in style folk-pop.  The “straight outta Laurel Canyon” collective, who have a penchant for magnificent live shows, will surely drop the near ubiquitous mega hit “Home” along with newer jams “Man on Fire” and “That’s What’s Up.”

North Carolina brothers Scott and Seth Avett have be picking and strumming their way through the gentle waters of banjo tinged indie-folk since 2000.  The 2009 LP, I and Love and You, received critical acclaim and commercial success, hitting #16 on US charts. The follow up LP, with production from the legendary Rick Rubin, has been recorded but has yet to be released. Look for it later this year.

Mash-up guru Greg Gillis is now well known for his rapid fire, multi-genre sampling DJ sets. With a stage likely filled with costumed and dancing festival-goers, Girl Talk will bring the ruckus to the Wakarusa Main Stage, from 1 to 2:30 in morning

Some of the music produced by Philly based DJ RJ Krohn, aka RJD2, has been featured prominently in advertising campaigns and, perhaps most notably, in the opening sequence for AMC’s Mad Men. RJD2’s diverse mix of electronic, hip-hop, and trip-hop beats will surely have the Wakarusa grounds thumping ’til the wee hours of Sunday morning.

Check out the official preview video below. Tickets are still available here.

See you on the mountain.