Nashville-based singer-songwriter Andrew Belle is making a stop in St. Louis tonight at The Gramophone in support of his latest album, Black Bear (doors 8PM / $12). There are beats, smart lyrics, and melodies throughout the album, but let’s have a listen to one of the best tracks, “Pieces.”

We recently caught up with Belle over email to discuss Black Bear, songwriting, and living in Nashville.

I’ve heard about musicians who go into the studio with nothing. And then there are musicians who write on the road. How did you create the songs on Black Bear?

I actually wrote all of these songs at home last summer, shortly after getting married. In the past I’ve written all of my material on an acoustic guitar but I had grown tired of that method and was really craving something new and fresh. I bought a keyboard, a decent mic, and some recording equipment, and I just started playing around with sounds and with rhythms. I’ve always been fascinated by drums and so most of these songs started by simply pulling up a cool drum sound and playing around until something felt interesting (which often took a while, since I am NOT a drummer). I would then switch to a piano or synthesizer and do the same until I had a little something to work with. I’d then throw on the mic and just start exploring in the craziest falsetto tone until I found a melody and some words that resonated. Once I had locked into a melody and some lyric ideas for a verse/chorus, I would chip away and sculpt until it all made sense. It’s kind of a ludicrous process to be honest.

Let’s talk about “Pieces” and “Sister.” I dig the beats, and was curious on what led you to create them. (Basically, how does one create an electronic beat??)

Like I mentioned before, these songs were completely derived from my fingers playing around on my keyboard until I found something that felt right. “Pieces” really came together when I found that really aggressive, intense keyboard tone that hits in the choruses. I put that chord progression together, and then created that slow, hip hop type beat, underneath it. “Sister” was actually inspired by seeing Frank Ocean perform on SNL last fall. After watching, I went to my piano and started playing something that equally as dramatic and emotive, and wrote the verse and chorus for “Sister.” It was actually, originally, supposed to be a really slow, haunting, ballad type song, but then on sort of a whim, I tried to speed it up and put that driving beat to it – and that’s when I realized it was a way better song when it had some fun put into it. 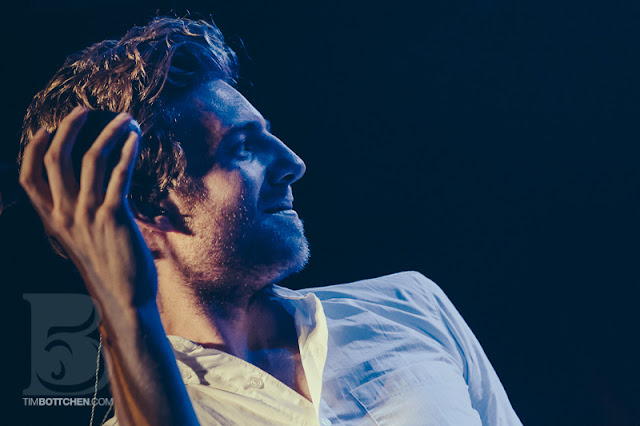 For me, that’s literally everything. I’m much more of a writer than a musician. Juxtaposing clever, thoughtful, honest lyrics with music or melodies that evoke emotion – that’s what I strive for in every single song I write. That’s the only reason I make music.

Tell me about the ins and outs regarding being a musician and making music in Nashville.

Nashville is an amazing place. Maybe not geographically speaking, but for my money the community there cannot be matched. It has the energy and talent of New York or LA, but also the warmth and the charm of a small town. So much of the music industry operates out of there, and yet it’s one of most laid back places I’ve ever lived. There’s something really honest and approachable about Nashville that I haven’t found anywhere else.

What would be something surprising we would find on your iPod?

A LOT of Norah Jones records.